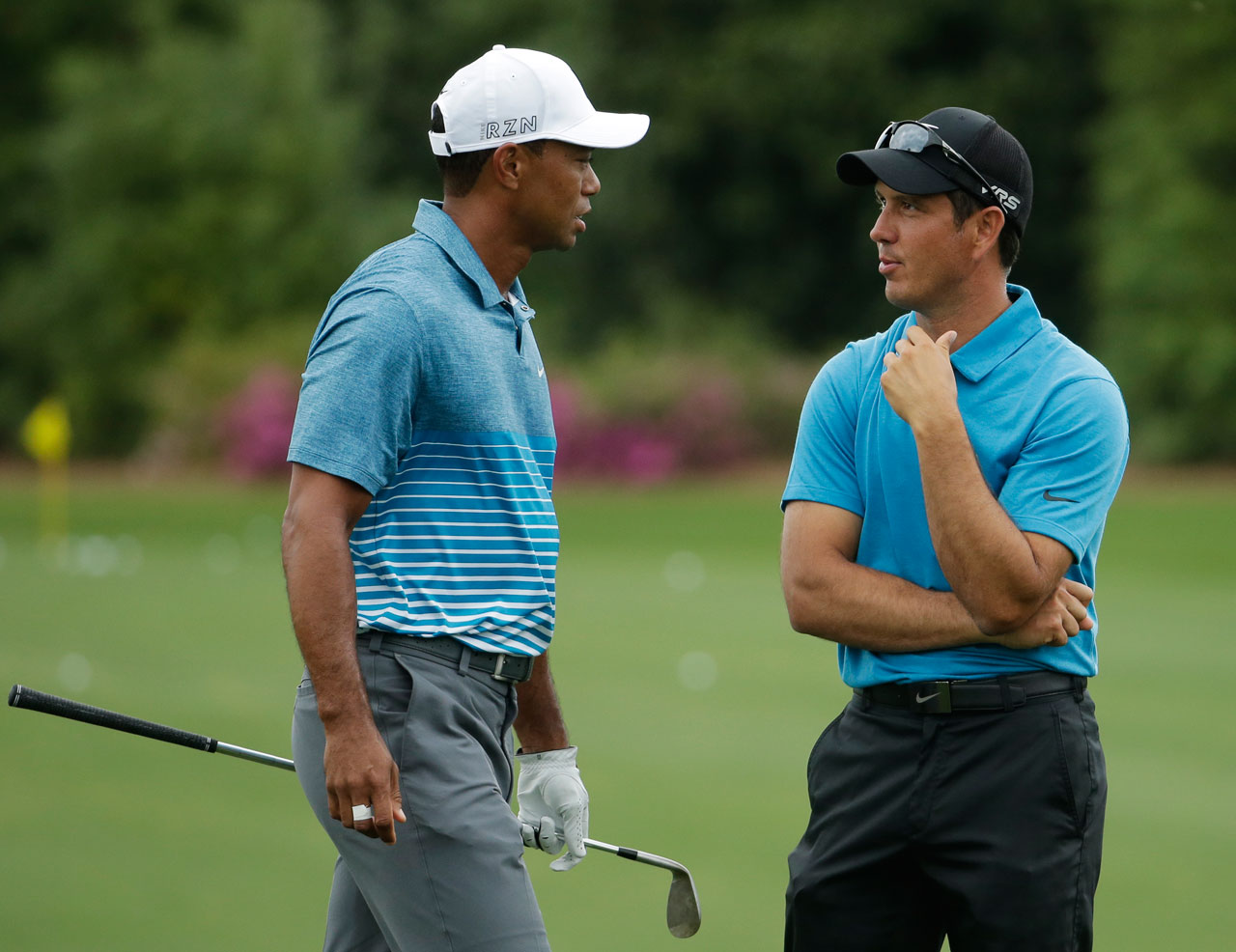 Tiger Woods has been working with Chris Como for more than eight months.

Tiger Woods: Is The Chris Como Experiment Another Failure?

The official host of this week’s stop on the PGA Tour is none other than Eldrick Woods.

The man who used to play like a Tiger and still calls himself by that name, is glad-handing everyone this week at the Robert Trent Jones Golf Club outside of Washington, D.C.

It’s called the Quicken Loans National and maybe this is as good a time as any to review the 2015 performance of Woods.

To date, Woods has played in eight events.  He’s missed three cuts, withdrew from one, tied for 17th at the Masters, tied for 32 at Greenbrier, tied for 69th at the Players and was 71st at the Memorial. He’s won a paltry $225,198. He’s 197th in the FedEx Cup standings and he’s now 266th in the world rankings.

Perhaps it is time to ask if the Tiger Woods-Chris Como experiment is a massive failure?

Woods hired Como as his new swing coach in November of last year at the recommendation of his pal, Notah Begay.

Once you’ve achieved an advanced understanding of the game, and surely Woods has with 14 major championships, it shouldn’t be that hard to figure out what’s gone wrong.

With Woods, however, things have only gotten worse as time has passed. After great success with Butch Harmon and good success with Hank Haney, he moved on to Sean Foley. Woods stayed with Sean Foley for four years then walked away.

So how long will he stick with Como?

It became painfully evident in the Open Championship that Woods cannot hit the most standard of golf shots. He began the tournament by chunking an iron off the first tee. No big deal, not a demanding tee shot, he still had a wedge into a hole that offers little to think about. What happened next was a chunked wedge shot into the Swilcan Burn. Seriously?

Woods looked lost over the next 35 holes and missed the cut in a major for the second time in a row, the first such lapse in his storied career.

Which begs the question: how long will this continue?

Unless he wins his event this week, he will remain ineligible for the WGC championships and next week is the Bridgestone at Firestone, a course he has owned in the past. The PGA Championship follows.

Another dilemma for the PGA Tour is that right now, Woods isn’t even eligible for the FedEx Cup playoffs, the season-ending series that gives meaning to the final month(s) of the PGA Tour.

That can’t be sitting too well with the higher-ups in Jacksonville Beach.

Can’t be sitting too well with Woods, either.

How long will the Chris Como experiment continue?

It is still an experiment.

Woods looks lost, and that’s a compliment, if you think back about the things Paul Azinger and Curtis Strange said about him during ESPN’s Open Championship coverage.

Right now, Tiger Woods is nothing more than a field player.

Will he change that this week?

Not sure anyone is willing to bet on it.