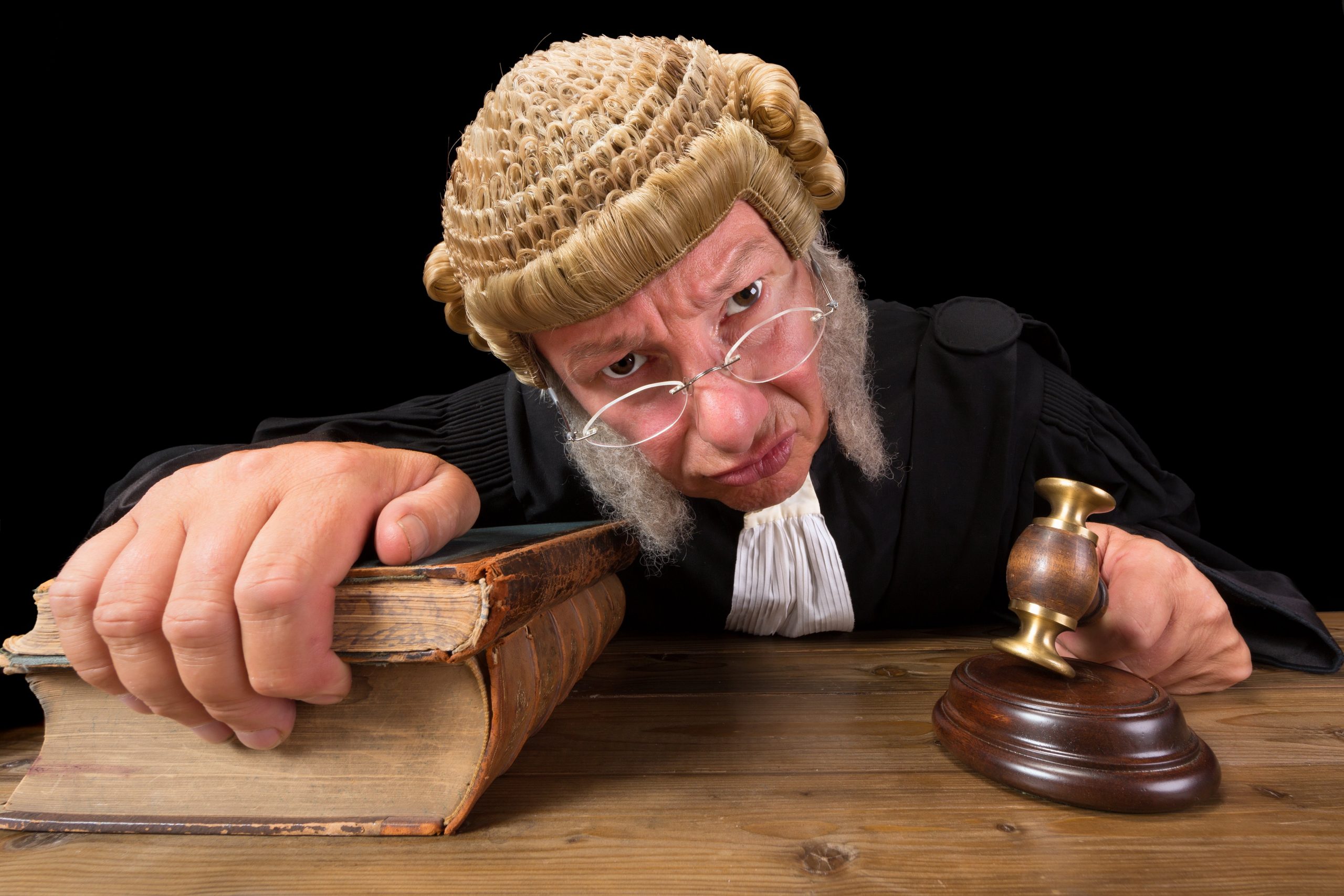 The Barbarians are once again storming the gates.

This time, they’re armed with barristers and money.

They are backed by the deep-pocketed Infidels (aka The Saudis) and their highly-compensated barristers (lawyers).

Now we know what LIV really stands for — “Litigation Is Vile!”

Davis Love III knew it was coming and said so last week.  The PGA Tour knew it was coming so without a doubt, The Sheriff Of Nottingham (aka PGA Tour commish Jay Monahan) has his army of barristers armed and ready to battle the forces of The Lamest Commissioner In All The Land (aka Greg Norman, aka The Great White Snark, aka The Great White Fish Stick).

Phil (I used to be really good) Mickelson, who is now averaging around 75 per LIV round, is the ringleader of the defectors and he is one of those whose named appear on the complaint (modern legal-speak for lawsuit).  There are 10 others joining him, the complaint filed against the PGA Tour cites violation of anti-trust laws.

So now comes the San Francisco law firm of Gibson, Dunn and Crutcher have filed the complaint in what The Lamest Commissioner In The Land (aka Great White Fish Stick) and his Saudi-compensated barristers deem the anti-trust hating confines of northern California, where liberals run free and wild.

Here’s where it gets pretty funny.  Seems The Lamest Commissioner and his barristers thought it was a splendid idea to pull the Masters, PGA of America, USGA and R&A into their efforts to enrich Norman’s vendetta against the PGA Tour.

These legal shenanigans come on the heels of that sparsely-attended, Trump-rally fueling exhibition series event last week at Bedminster.

Basically, LIV is now trying to channel the iron-fist authoritarian regime of Crown Prince Mohammed bin Salman (MBS to his friends), and hit the PGA Tour with some good old Saudi strong-arming.  (Do it our way or we’ll kill you!).

This lawsuit pretty much shows what the LIV is all about and none of it has to do with the good of the game or growing the game.

Not sure anyone misses any of those guys.

The complaint paints a detailed picture, portraying the Defectors as victims with nothing left to do but sue their peers on the PGA Tour — forget about those big checks from the Saudis.  No one ever accused Mickelson and the rest of the Defectors as being examples of high standards in personal responsibility.

Now those folks at Gibson, Dunn and Crutcher are after Augusta National Chairman Fred Ridley.  All sorts of complaints about Ridley not meeting with The Lamest Commissioner and allegedly telling players during the Masters in April not to defect to the LIV.

Do the hacks at Gibson, Dunn and Crutcher (aka Dewey, Cheetum and How) realize that Chairman Ridley is indeed, an esteemed lawyer here in Tampa and a partner in the firm of Foley & Lardner?

The complaint alleges that Ridley and R&A Chief Martin Slumbers threatened Asian Tour CEO Cho Minn Thant if he supported LIV Golf. The R&A did take away the Asian Tour’s Order of Merit spot in The Open but also still kept its qualifying series spots in place so, yeah, thin evidence of damage at best.

So now that we see that the Defectors want to jump back and forth between the PGA Tour and the LIV exhibition series, well, that seems to squash that notion that they all left because, and we quote, “we wanted to play less.”

We were surprised to find, that no where in the complaint are the words:

So the first volley has been fired — in northern California of all places.

Can’t remember the PGA Tour being headquartered there.

This comes as no surprise.  The Lamest Commissioner started sabre rattling a year ago.

Where it goes from here?

Well, the Crown Prince wants to show his new golf tour toy is here to make golf a better place all around the world.

Click here if you have nothing better to do than to read all 102 pages of the Complaint against the PGA Tour:

The first court date in the legal challenge to the PGA Tour’s stand against LIV will come Tuesday in San Jose, California.

The U.S. District Court for California’s Northern District has scheduled an in-person hearing for the three players – Talor Gooch, Hudson Swafford and Matt Jones – who have challenged the Tour’s suspension of the three for violating the circuit’s policies and playing the Saudi league. The players have filed for a temporary restraining order that would allow them to play the FedExCup playoffs, which begin next Thursday in Memphis.

The hearing, which will be held before Judge Beth Labson Freeman, is scheduled for 1 p.m. PT and the Tour must file any opposition to the players’ motion for relief by 8 a.m. PT Monday.

St. Jude Classic: The Playoffs, Scottie Scheffler And The Best Hospital Of All

PGA Tour Cards Are On The Line At Korn Ferry Finale

Lucky No. 125: Rickie Fowler Is The FedEx “Bubble Boy”