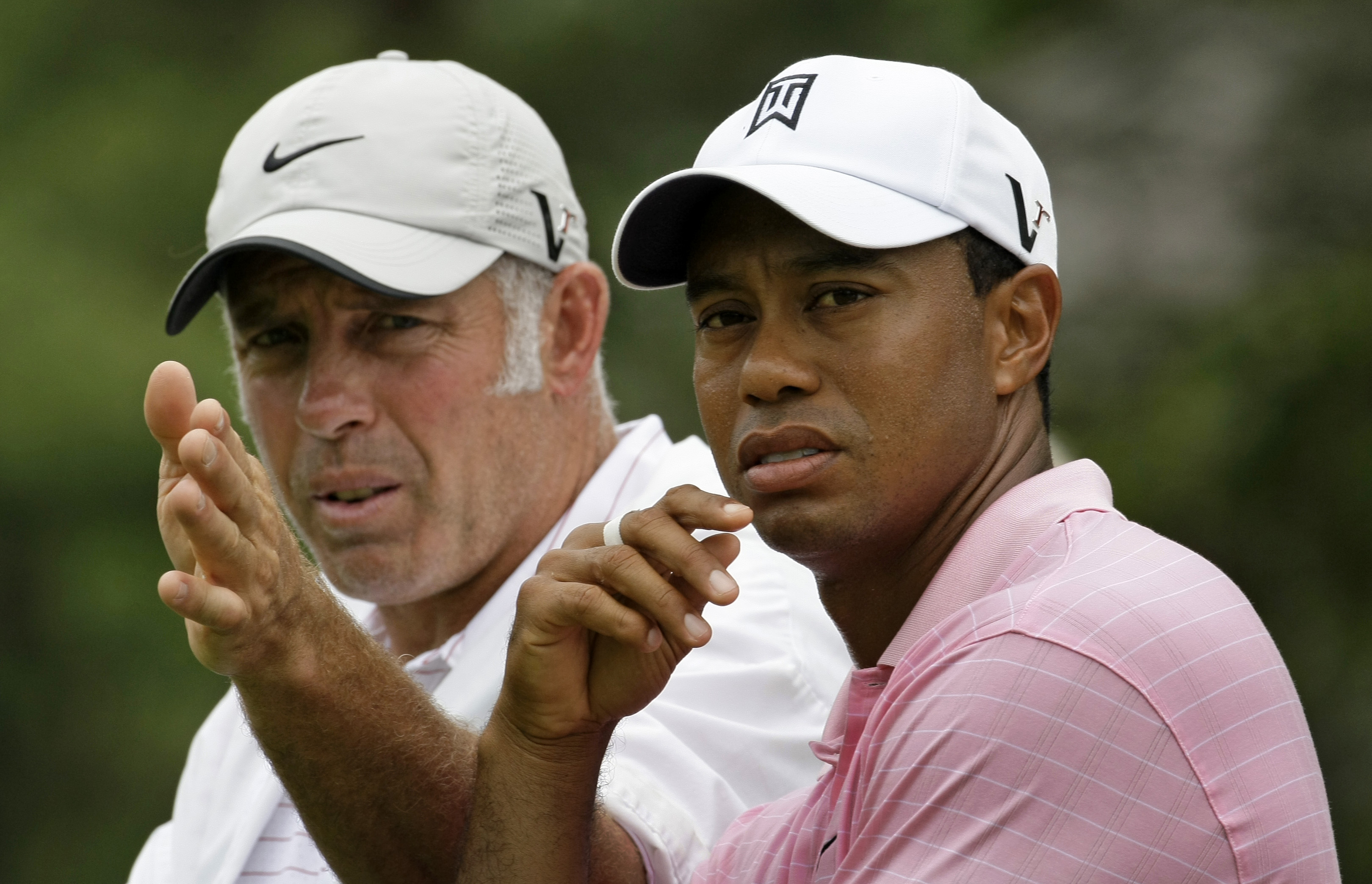 So now comes multi-millionaire Steve Williams, the guy who used to be a PGA Tour caddie, releasing his own book that is supposed to tell us things about Tiger Woods that we already didn’t know.

Out of the Rough, was released this week, authored by Williams but it’s more written by Auckland, New Zealand journalist Michael Donaldson as told by Williams. Better title would be: Steve Williams, Tiger Woods and Sour New Zealand Grapes.

Someone forgot to tell Stevie Williams that there is only one thing wrong here — it’s too damn late!

Fact is, if Steve Williams feels he was betrayed by Tiger Woods, well, he needs to get in line. You see, betrayal is one thing that Tiger Woods is really, really good at, just as good as he used to be on the golf course. Yes, Tiger’s a world-class betrayer.

First, Tiger betrayed his wife Elin, so what would Williams expect?

Professional courtesy? Tiger Woods has none of that, he has specialized in firing those who have done well for him.

That practice by Woods started back in 1998 when Tiger canned his first agent, Huges Norton from IMG. Norton was the Golden Boy of IMG. He was hand-picked by the late Mark McCormack, founder of IMG. McCormack found Norton at Harvard Business School.

All Norton did was get Woods $120 million in endorsement deals when he first came on the tour. Made him the richest golfer ever on Planet Earth and set him up for life. Norton and fellow IMGer Bev Norwood also started the practice of bullying the media into writing good stuff about Tiger. Their basic threat/promise back in the day was that if you wrote something bad about Tiger, you’ll never, ever land an interview with him.

Norton even went so far as to try and bully John Feinstein, one of the most accomplished sports authors of our time. Feinstein would have none of it and eventually even Tiger Woods told Feinstein that he appeared bully-proof.

For all that Norton did for Woods, he was dismissed and eventually sent packing from IMG, most likely with a settlement that kept Norton from penning a book. If anyone could write the REAL tell-all on Woods, it would be Norton. Perhaps one day.

Woods hired and later fired his first caddie — Mike “Fluff” Cowan — who was on the bag for Tiger’s first Masters win, his first major, back in 1997. Fluff landed a motel commercial and basically the thought at the time was that only Woods was allowed to make commercials.

Woods has fired every swing coach he’s had as a professional, starting with Butch Harmon, then Hank Haney and most recently Sean Foley. It’s simple, Tiger’s a “blame someone” kinda guy.

The “blame-game” crashed at the same time Tiger plowed his Cadillac Escalade into a neighbor’s oak tree at Isleworth. In the months that followed that late November morning, 2009, the world learned more about the “real” Tiger Woods, the real betrayer.

Williams posed this question in his new book: “What did Tiger do with himself to get rid fo the stress that built up in his life?”

That early morning crash began to provide those answers.

Best accounting to date has been by Steve Helling: Tiger: The Real Story.

Good read, simply reinforces what we all now know — Tiger Woods is not a nice guy.

Hank Haney took his turn tattling on Woods in his book: The Big Miss. It simply reinforces what came before it.

So by now you get the picture.

Stevie Williams is way too late to this pile-on party.

It becomes even more laughable when at one point when Williams says he felt Tiger treated him like “a slave.”

Last time we checked, Williams had a reported net worth of $20 million. Last we checked, slaves never landed in that income bracket.

Fact is, Williams was on the bag when Woods won 13 of his 14 majors. Totin’ that bag has been very, very good to Williams.

Evidently Williams thinks he’s really letting the cat, or in this case, the Tiger, out of the bag by telling us that Tiger has a bad temper, throws clubs and spits on greens.

Really? Geez Stevie, you think no one watches golf on television?

Sorry, but this caddie tale fails to launch the meter.

One thing we do know is that Tiger, the betrayer, is a world-class secret keeper.

He even had a second operation on his back in September and we didn’t find out until last week.

Tiger Woods may have found his calling as a golfer, but if he’s ever looking for work, they might find him a spot at the CIA.

After all, he’s sneaky, tight-lipped, can tell lies with a straight face and knows how to keep secrets.

As far as Steve Williams goes, he doesn’t need to ever carry another golf bag.

Time for Stevie to enjoy life and simply forget about Tiger Woods.