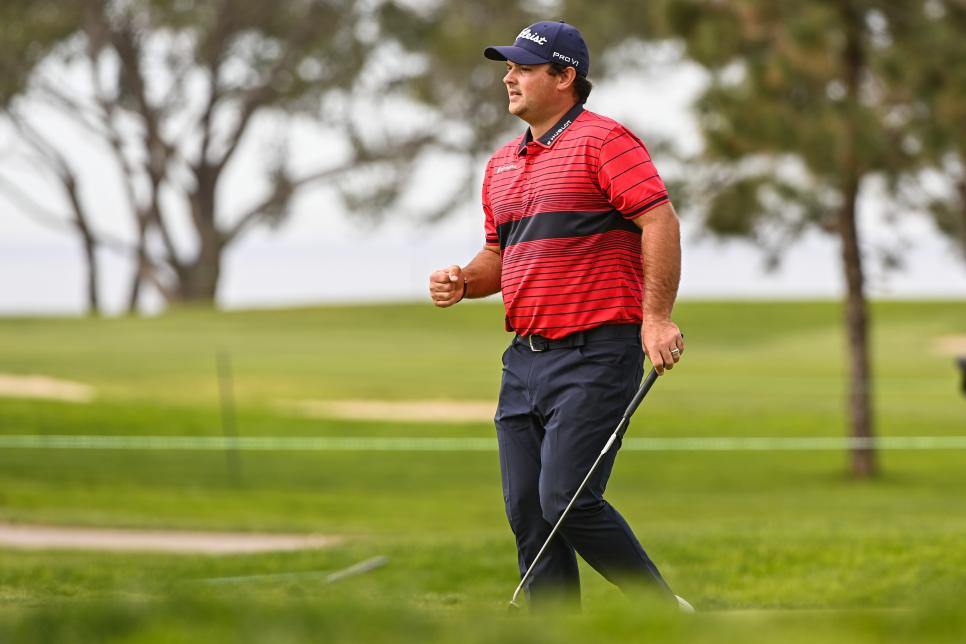 Patrick Reed let the court of public opinion roll right off his back.

Once again, Captain Controversy, aka Patrick Reed, took a big chug from the Cauldron Of Controversy at The Farmers Insurance Open.

Once again, Captain Controversy turned a deaf ear to the uproar around his Saturday rules manipulation and took a stress-free stroll on his way to victory and a ninth PGA Tour victory Sunday afternoon at super-tough Torrey Pines.

Reed looked totally oblivious to yet another storm swirling about him as he calmly went about his business and ended up thrashing all his would-be challengers on the course that will host the U.S. Open in June.

“There’s more in question than who’s going to win the tournament,” was how CBS golf anchor Jim Nantz began the final round telecast.  As he referred to Reed’s brush and vindication of any potential rules violations on Saturday, Nantz admitted, “It’s been discussed all over the world of golf.”

The discussion carried into Sunday but Reed was totally disinterested, declaring that he’d been cleared by PGA Tour rules officials of any wrong-doing.  Reed showed off his world-class skills all day then holed out a final birdie putt for a sensational closing 68 and a whopping five shot victory, the largest winning margin of his career.

The biggest names chasing him couldn’t muster a charge to save their lives.  Jon Rahm shot 72, Rory McIlroy 73 and Adam Scott 73.  The players who were paired with Reed were even worse.  Carlos Ortiz and Sam Burns looked like a couple of helpless slappers.  Ortiz shot 78, Burns 75.  Reed totally ignored their woes and his own remarkable short game carried him to victory as he mustered nine one-putt greens and never found himself in any trouble to speak of.  His winning total was 14-under par.

Reed started his run to the title when he holed a 45-foot eagle putt at the par five sixth.  It was the start of a charge that saw him play the last four holes of the front nine in three-under par.  That got him to 13 under and a run of eight straight pars coming home kept him firmly ahead of all the mistake-prone players around him.  He holed a nice eight-footer at 18 for a closing birdie to put an exclamation mark on his win.

“Biggest thing is (being) mentally strong the whole round,” said Reed, who was unfazed by the social media storm that grew out of his controversial behavior on Saturday.  “You know you have to go out and shoot a low round.  Mentally, I hung in there and stayed the course.  With that being said, I felt great all day.”

Reed, who has been working on improving his swing with David Leadbetter, said he’s still a work in progress.  “The swing’s not 100 percent yet,” Reed pointed out.

What was 100 percent was his marvelous short game, witness by his scrambling all week and his ability to make pars when it looked like he might be in trouble more than a few times.

Reed opened his week with a 64 on the North Course last Thursday and this was the first time since 1987 that a first-round leader went on to win the tournament.

But this one will be remembered for the rest of the season because Captain Controversy rode again.

Witness to how Sir Nick Faldo summed it  up:

“The cloud,” said Faldo, “is casting a dark shadow over this victory.”