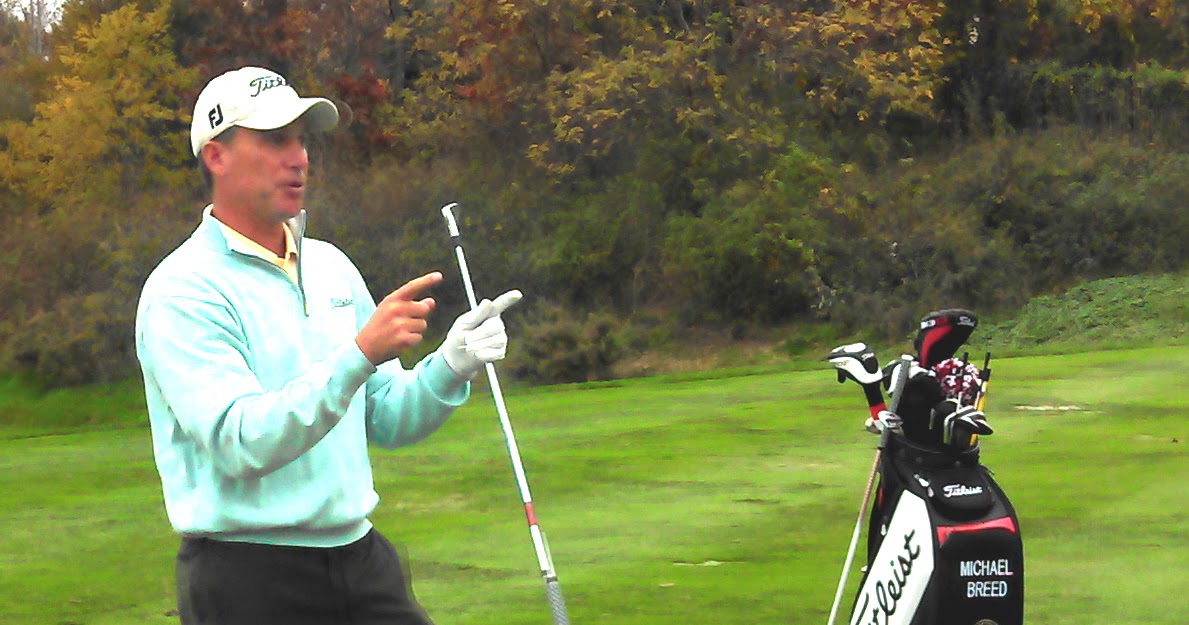 Michael Breed explains how to get better balance at impact.

Posted By: Tom Edringtonon: May 21, 2020In: The Lesson TeeNo Comments

Michael Breed’s Course Record show on the CBS Sports Network has been a big hit.

The popular television instructor entered the DogLegNews arena last week to show us how to properly use alignment sticks when we practice.

It was such a good instructional segment that we’ve brought Michael back for an encore performance.

This week Michael explains how the trail knee (the right knee for right-handed golfers) needs to move to start a proper downswing and create better impact through the hitting area.

The key is to move the trail knee along the target line.

When you move that knee properly, your body will face the target after you release the club and your right knee will basically be almost touching the left knee.

When you finish your swing correctly, your right foot will be on its toe, facing down the target line as well.

Breed created a neat little device to help demonstrate how that trail knee moves.  He built it with some simply pieces of PCV pipe and a swimming pool noodle.

Be sure you pay attention to Michael’s drill and, as he indicated, do it SLOWLY at first.

After you get that knee moving properly, you can begin to add more speed as Michael demonstrates.

Editor’s Note:  You can catch “Course Record” with Michael on the CBS Sports Network, airing every Monday morning at 11:00 EDT, and re-airing that evening at 9:00PM EDT. As Golf Digest’s Chief Digital Instructor, Michael focuses on the innovation in golf instruction and oversees the “Best Young Teachers” program. Michael also hosts “A New Breed of Golf” on SiriusXM PGA Tour Radio every Monday- Friday morning (8am-10am EDT). His motivational approach and “Let’s Do This” mantra have inspired golfers in more than 80 countries. He operates the Michael Breed Golf Academy at Trump Golf Links at Ferry Point. Michael is ranked as one of the Top 50 Golf Instructors in America by both Golf Digest and GOLF Magazine and was chosen as PGA’s National Teacher of the Year in 2012.