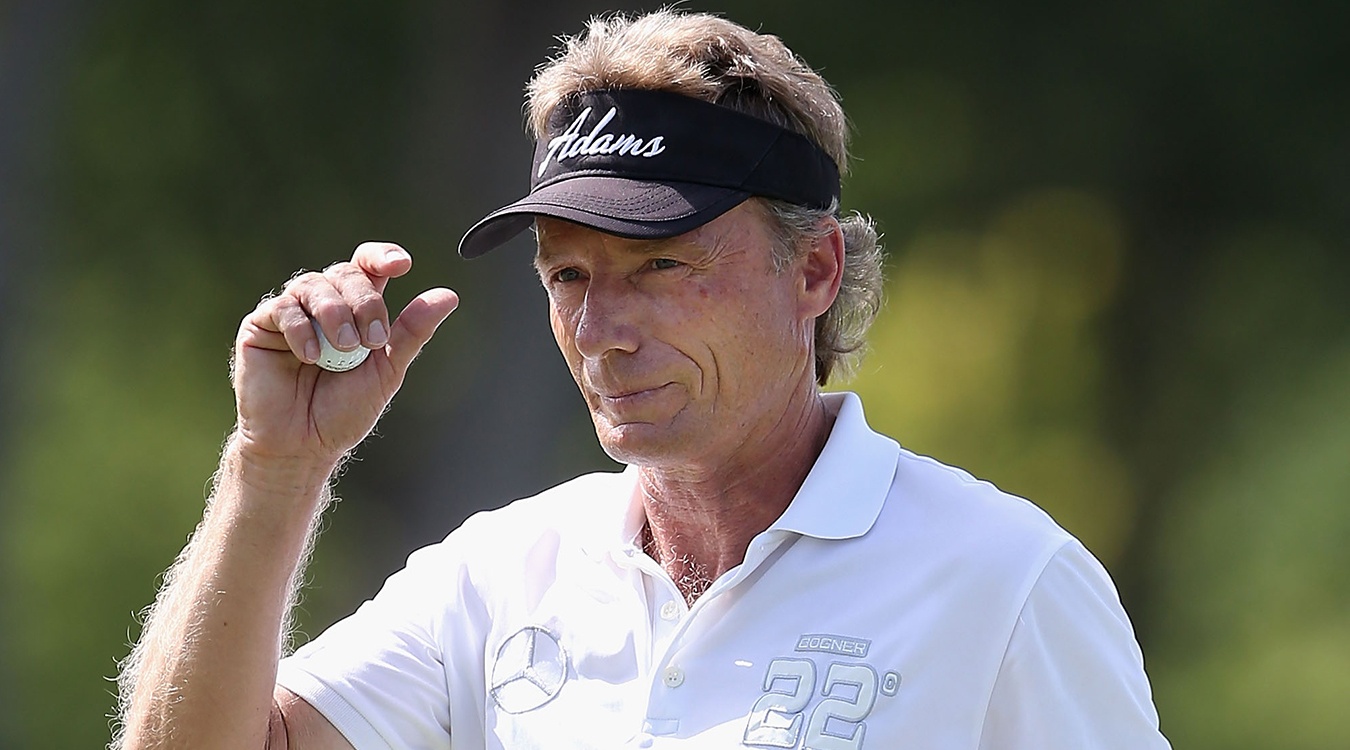 Bernhard Langer is looking to win the Charles Schwab Cup for the fifth time.

Now he’s looking to do what he’s done the past three seasons — finish off the rest of those stiffs out there and claim what is rightfully his — The Charles Schwab Cup.

The German star has been so dominant that the suits at PGA Tour headquarters had to legislate a funky points re-set formula to give some other guys a chance.

As a result of the silly re-set, Langer has to sweat this one out.

If No. 2 Scott McCarron wins this weekend in Phoenix, he wins the Schwab Cup.  Same for No. 3 Kenny Perry, No. 4 Miguel-Angel Jimenez and No. 5 Kevin Sutherland.

“That’s the system,” Langer said earlier this week after a practice round at Phoenix Country Club. “I was thinking the other day: somebody could win the first 25 tournaments and finish second in the Schwab tournament and still not win the Schwab Cup.”

“I’m aware that not many guys win once they turn 56-57 (years old), but I’ve proven that wrong already,” Langer said. “So now I’m trying prove it wrong that you can’t win in the 60s as well.”

“He’s 60, but he still looks 30,” said Jimenez, one of Langer’s challengers, adding he isn’t at all surprised by Langer’s career year.

So how does Langer do it?

“Course management, better technique,” he said matter-of-factly. “You can make it up in the short game. You can be a better chipper, a better pitcher, a better bunker player. And certainly putting is the biggest key of all. If you can putt well, you can make up for a lot of mistakes.”

The Champions Tour finale starts Friday with just 36 players in the field.

Still, Langer’s the man to beat, that’s pretty much the way it’s been all season.