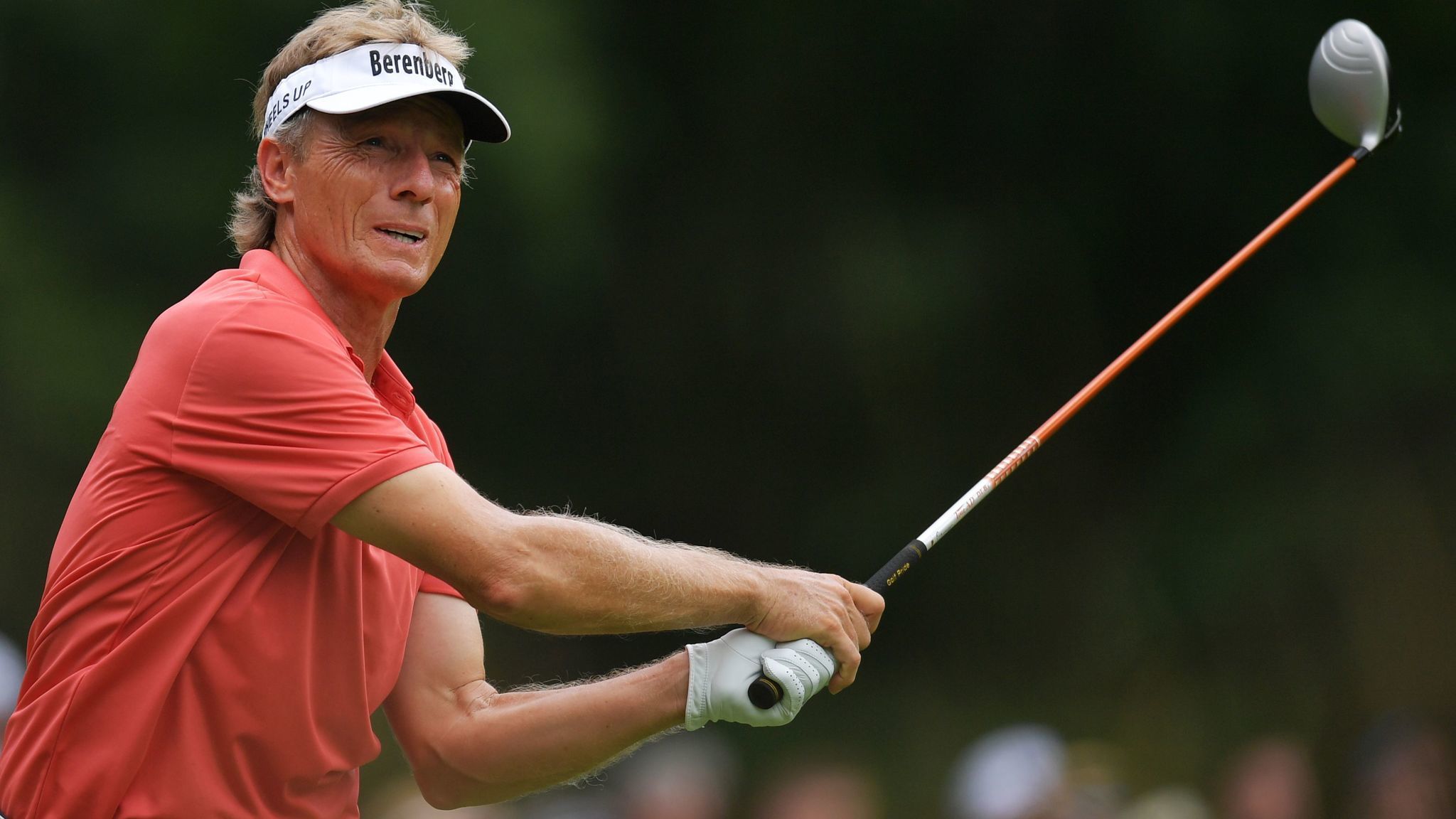 Bernhard Langer is one win away from tying Hale Irwin's 45 victories.

The over-50 set (aka PGA Tour Champions) are basking in the sun out in Hawaii and Bernhard Langer is in the hunt at the season-opening Mitsubishi Electric championship at Hualalai.

Langer is one win away from tying Hale Irwin’s record of 45 senior victories.  Langer, age 65, continues to be remarkable as he opened with a five-under par 67 on Thursday that left him just two shots back of co-leaders Darren Clarke and Kevin Sutherland.

Clarke and Sutherland were both bogey-free for their opening rounds.  Both have five senior wins and Clarke was this event in 2021.

Clarke put a new driver in his bag and didn’t miss a beat. “You know, I hit four or five shots that I really didn’t like as well, early season, but I worked really hard in the offseason,” Clarke said.

“Disappointed with a few of them, but overall, seven-under par, I’m delighted to start my year off with that.  Just trying to rotate a lot more and get through the golf ball a little bit better. I had a little bit too much curve on it right to left a few times.  Going to go to the range now and try and figure that out and hopefully be a little bit better tomorrow.”

Clarke credited that new driver for his impressive length off the tee and he was thrilled to get off to a fast start.  “Oh, most definitely,” he said. “Anytime you shoot seven-under at any golf course you’re pleased, but obviously first tournament of the year you want to get off to a good start and I managed to have a good round today.”

Defending champion Miguel Angel Jimenez was in that group at five-under with Langer, tied for eighth.

Justin Leonard, who has committed to playing full-time this year, opened with a six-under par 66 and was tied with Corey Pavin, Mike Weir, Ernie Els and Alex Cejka.

Player Of The Year from last season — Steve Alker — had a quiet start.  He struggled a bit but still managed to card a three-under par 69 that left him tied for 17th.

Fresh off his team’s victory at the Hero Cup last week, Continental Europe captain Francesco Molinari and countryman Guido Migliozzi brought an Italian flavor at the midway point of the HSBC in Abu Dhabi.

Molinari shot a second straight 67 and stood at an impressive 10-under par through two trips around the Yas Links.  Later in the day, Migliozzi, also a member of the Continental Europe team last week, added a 69 to his opening 65 to join Molinari at the top of the leader-board.

Luke Donald set the day one tone with an eight-under par 64 but struggled mightily on Friday.  By day’s end, he soared to 75 and dropped all the way down to five-under where he was in a tie for 22nd.

Jason Scrivener fell a shot short of making it three co-leaders.  All he could manage was a two-under par 70 that parked him a shot back at nine-under.

Shane Lowry put himself in contention with a 67 on Thursday but the bearded Irishman could do no better than a two-under par 70 and was three back of the co-leaders heading into the weekend.

World Long Drive Competition Will Be Back On Golf Channel:

GF Sports and Entertainment has come to the rescue of the World Long Drive IP by acquiring the rights and ownership of the league.

The Long Drive championship will be back on the Golf Channel with larger purses.

The last couple of years have been a downer of sorts for the sport of long drive. It was not televised during the COVID pandemic when Golf Channel postponed and then canceled the season for World Long Drive. The players decided to pick up the baton and host events at One Stop Power Shop in North Carolina, which blossomed into the Professional Long Drivers Association.

The PLDA faced challenges of travel during COVID and finding advertising dollars within pandemic budgets, but it had the goal of keeping the sport alive. There are a lot of new names in the sport since the last televised event in 2019, and they feel it’s important to get the athletes in the right light and fans on board with the growing sport.

One of the new competitors is LIV defector Bryson DeChambeau.

Pop Stroke is designed to be a challenging putting course with realistic greens, undulations and feel that mimic actual putting greens as opposed to the old windmill, clown-mouth miniature golf facilities.