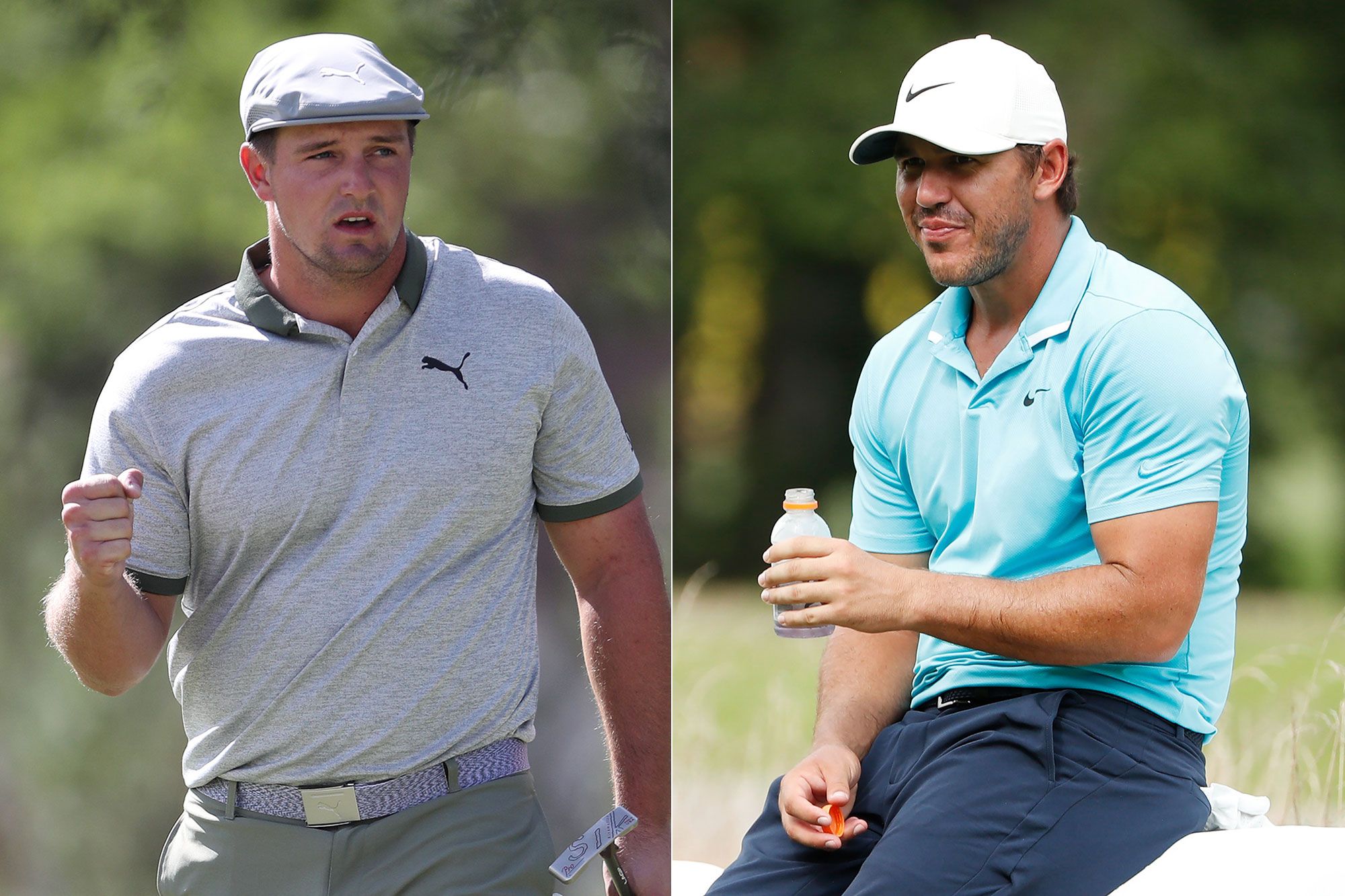 Can you imagine Bryson DeChambeau and Brooks Koepka plying alternate shot at the Ryder Cup?

Brooks & Bryson As Ryder Cup Pairing? Most Likely A Hell-No!

So now comes our kindly Ryder Cup captain and that would be “Mr. ‘Sconsin” aka Steve Stricker who believes with all his cheese-head heart that there’s a truce looming between non-wiining in 2021 Brooks Koepka and vaccine-shunning, Kyle Berkshire-admiring, National Long Drive-entering, distance-obsessed Bryson DeChambeau.

Stricksie (yeah, that’s what Tiger calls him) believes that because he recently spoke to both young lions and they assured him that they could co-exist in the U.S. team room without challenging each other to an arm-wrestling contest.

Yeah, Stricksie, what did you expect them to say?

Seems Stricker told the scribes (what few are remaining) at Sports Illustrated (is it still a magazine?) that both Brooks and Bryson have no issues whatsoever.

Maybe Stricksie forgot that Brooksie recently declared:  “I can deal with anybody in the world for week.”  Hopefully Koepka has excluded the Taliban from that “anybody” list.

Truth be known, no social media cannonballs or small arms fire have been exchanged between Brooksie and Bryson in a while.  Actually Koepka hasn’t needed to chide Bryson, the fans on site have been taking care of business for him as Bryson has been inundated with the old “Brooksie” chants, especially in Memphis.  Truth be known, Bryson has had a miserable showing in the majors this season and this summer in particular — T26 at the U.S. Open and T33 at the Open Championship.  Last week Bryson sprayed it all over Liberty National and finished T31.

No no need for Koepka to go out on a limb to embarrass Bryson, DeChambeau has taken care of that quite nicely lately with his quality of play.

On the other hand, Koepka was pretty decent in the two summer majors — T4 at the U.S. Open and T5 at the Open Championship.  But he was no factor in the first playoff event — Brooksie was a lowly T31 at Liberty National.

Meanwhile, Captain Stricker is buying what Koepka and DeChambeau are selling:  “They assured me that the team and the country and everything else that goes into this is their priority.   They said it’s not going to be an issue, and I believe them. I trust them. As far as I’m concerned, it’s been put to bed.”

Well, truth be known, Brooksie and Bryson, well, it’s kinda like putting children to bed — they may or may not go to sleep anytime soon.  Take notes, Captain Stricksie.

Now if Brooks wanted to really “put this to bed,” he might have suggested to Captain Stricksie:  “Hey Steve, look, I’m so over any hard feelings that I’d like to play with Bryson in one of the foursome matches!”

Great suggestion but there would most likely be ice cubes distributed in Hell before that would happen.

Even Stricker isn’t convoluted enough to pull a Hal Sutton and pair Brooks and Bryson.  Yeah, remember Phil and Tiger?  How’d that work out for Hal?

“I’m not going to tell you there’s no chance, but I don’t see it happening, no. I don’t think they want to play together,”  Stricker observed.  Talk about perceptive!  You can’t pull the wool over Stricksie’s eyes!

In the meantime, Stricksie has even bigger issues.

It’s not like guys like Dustin Johnson, Collin Morikawa and Xander Schauffele have been unleashing their “A” games the past couple of weeks.

Time is flying here.  The countdown to Whistling Straits and the Ryder Cup matches is now T-minus 29 days and counting.

Stricker still has to mull over captain’s picks and those come after the Tour Championship next week.

Yeah Stricks, you’ve got a lot to think about.

And if you find yourself in a quandary, give Phil and Tiger a call.  They’ll tell you what works and what doesn’t.