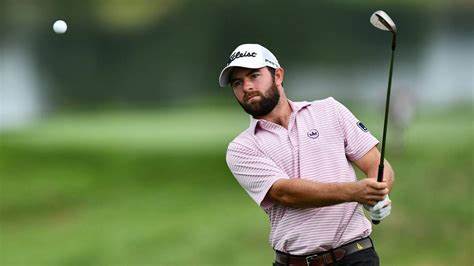 Could Cameron Young be heading for the LIV circus? He'll play in Saudi Arabia.

Early this week the PGA Tour wouldn’t say who received releases to play in the Saudi Invitational next month.

PGA Tour Rookie Of The Year Cameron Young is one of them and another Cameron — Cameron Champ is the other.

So this begs the question:  Is either one or both a candidate for “defection” to the LIV circus?

He would be a HUGE catch for LIV.  They would have to pay him big money.  Last year he earned north of $6.6 million, the first player on the PGA Tour to make that much without a win.  He had five seconds.  He’s also been a factor in major championships.  But one would think he has a LOT of unfinished business on the PGA Tour — like winning.  A move to LIV would lead critics to say he was not confident in winning this season.

He’s a much better target for LIV.  Has three career wins, the last coming at the 2021 3M, which keeps him exempt.  He played poorly in the fall, missing the cut in five of the six events he played in although he did finish eighth at the ZOZO.  Champ’s career earnings are $7.7 million.  He was 144th last year in the FedEx Cup, missing the playoffs.  He fallen to No. 151 in the world rankings.

You know that the Saudis will put the heavy sell on these guys once they are settled in at King Abdullah Economic City and will get the royal treatment at Royal Greens.

LIV has been uncharacteristically quiet.  It hasn’t even formulated its 2023 schedule and isn’t doing so well in American courts with its lawsuit.

Will either or both go or stay on the PGA Tour?

Vanderbilt sophomore Gordon Sargent is one of the game’s most promising up-and-comers, the top-ranked college player in the country and the first newcomer to win the NCAA’s top prize in 15 years. He’s now also headed to the Masters, along with 2022 Japan Tour Order of Merit winner Kazuki Higa.

It remains to be seen whether Sargent’s invitation is a one-off for the NCAA champion or the start of a trend.

Over the past few years the NCAA Championship has become the preeminent stroke-play amateur tournament in the world, with the best college players battling it out over 72 holes in Scottsdale not just for team positioning for match play but also the individual crown. With the increased visibility there’s been a push for the NCAA winner to receive some additional perks, especially with the U.S. Amateur champion AND runner-up both getting invitations to the Masters.

Sargent says he’ll resist the temptation to turn pro and stay at Vanderbilt for at least another year.  He also shot down rumors that LIV was offering him a boatload of money ($50 million) to join the circus.

Poetry In Motion: How About Swing Tips From The Great Bobby Jones?

Masters Mistake And The Tale Of Two Scott Stallings