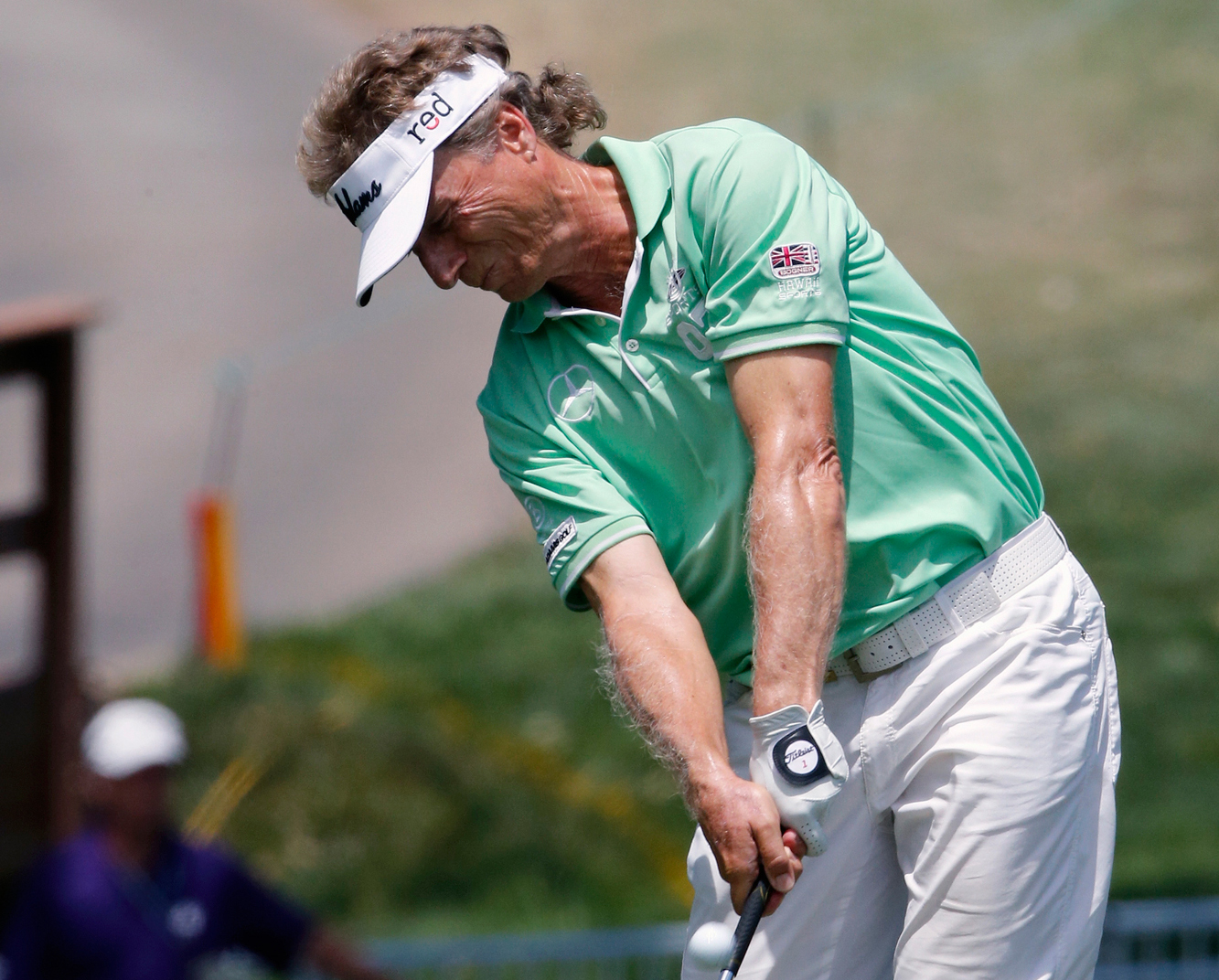 Back in 1980 the PGA Tour created a “Senior Tour” because people still wanted to see Arnold Palmer, Jack Nicklaus and Gary Player in action.

Palmer, the most charismatic player in the history of golf, was the driving force by himself. It was, without a doubt, the tour Palmer created.

Fast forward to today and it’s called the “Champions Tour” and the top three finishers in the Charles Schwab Cup competition that ended this past week were Berhard Langer, Colin Montgomerie and Jeff Maggert.

Combined the three of them and they have enough charisma to fill a shot glass. Or maybe not.

Seriously, who wants to drop everything and run out and spend five hours watching those guys?

Especially Langer. He is the dominant player out there. He’s won the Schwab Cup three times and no one on that tour has accomplished that.

The sad thing about Langer being the dominant player is that he’s also one of, if not the slowest guy out there. He’s the poster-boy for slow play, just what old-guy golf needs.

There’s another Sign Of The Apocalypse about to hit this senior circuit.

Come January, they will have to get rid of their long putters, their belly putters, any sort of anchored putters. So says the USGA and it’s a world-wide deal so there’s no age discrimination issue going on here.

There are probably more but that list will suffice for now.

Langer says he’s not worried and maybe he’s not. He’s invented all sorts of putting styles over the years, including the one where he secures the putter against the inside of his left forearm, which is legal. Maybe that’s the one he’ll return to.

What the rules change doesn’t take care of is the fact that he is the King Of Slow Play. He’s simply painful to watch and there hasn’t been much to watch on that tour lately unless you really like Montgomerie or Maggert, two guys combined who aren’t capable of starting any sort of buzz with television audiences.

Yes, this tour is perhaps the best thing for sleep since night-time.

Sad fact is, most of us would rather watch Arnold Palmer in television commercials.

Too bad Arnie’s not 50 anymore.