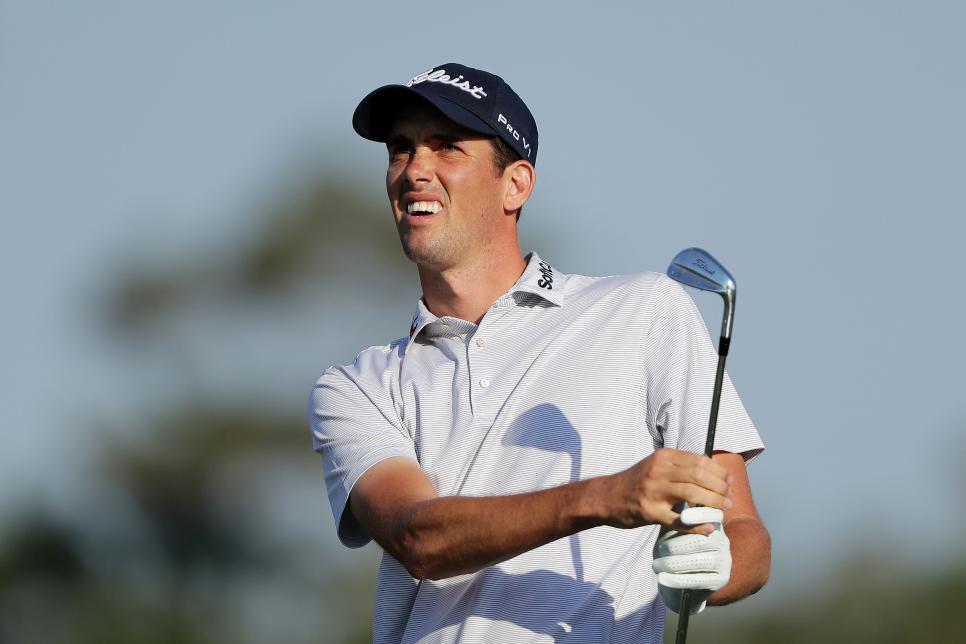 Chesson Hadley shot 62, made his first ace and had a day to remember on Sunday.

Chesson Hadley Was The Biggest Winner At Wyndham On Sunday

Things weren’t looking too good for Chesson Hadley going into Sunday’s final round at the Wyndham Championship.  He was sitting an undistinguished four-under par with 18 holes to play and at No. 132 on the FedEx points list, it looked like he’d be heading to the Korn Ferry Finals rather than the FedEx Cup playoffs.

They went out early in Greensboro, nasty weather was in the forecast for Sedgefield Country Club, so they played in threesomes — going off both tees and Hadley was relegated to starting on the back nine with the rest of the non-contenders.

Sixteen was shortened to 160 yards and Hadley pulled a nine-iron.  He launched a high, tight little draw that landed 15 feet behind the hole then started rolling backwards toward the cup.

“GO! GO! GO IN!” Hadley shouted from the tee while the rest of his group was already marching toward the green.  The ball took a perfect path and went right into the cup for an ace.

Hadley’s reaction was priceless.   He took a huge leap into the air and basically went nuts with a classic celebration.  That swing scored big for his favorite charity — Blessings In A Backpack — a non-profit that feeds school children all over the country who are at risk of going hungry at school.  The charity earned one million Wyndham Reward Points.  You can bet that will make a great auction prize to raise some money.

But Hadley didn’t stop there.  He followed up that ace with a birdie at 17, a par at 18 and shot 29 for his first nine holes.  He had gone from four-under to start to 10-under for the tournament with nine to play.  Hadley cooled a bit on his final nine holes, the front, but still managed two more birdies for a spiffy 62.  The eight-under effort put him in the clubhouse at 12-under par but there was still more to sweat about.

He needed to move up seven spots by day’s end but there was a lot of action out on the course.

The guy he had to keep and eye on was Justin Rose.  Rose started the week even lower than Hadley.  The 2016 Olympic Gold Medalist was four under for his round standing on the 18th green.  He was looking at a five-footer for 66 and a 14-under par total that would get him into the top 125.  Fate frowned on Rose, smiled on Hadley as Rose missed the putt, made bogey and finished 13-under.

That missed putt dropped Rose into the unlucky 126th spot — out of the playoffs.

It jumped Hadley to lucky No. 125.  In addition to making the playoffs, it meant Hadley kept his full exempt status on tour.  Had he not finished 125th, he would have been off to the Korn Ferry Tour finals.

In all, it was a magical day for Hadley and fate smiled upon him.

As happy as he was to make that ace for his charity, he had to be even happier to be heading to the playoffs with his Tour card secured.

Yes, he was emotional, forgive him but he had good reason.

“I’m emotional because I care,” Hadley said as he looked forward to the trip this week to Liberty National and the Northern Trust.  “I’m not just out here for fun. This is my job, and I care very deeply about it.  It was a great day,” Hadley added as he reflected on the day’s events.  “It’s been a really tough two years.  To have a chance to work myself into the top 125 is pretty incredible.”

Incredible day, to say the least.