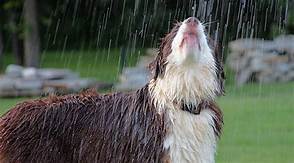 Posted By: Tom Edringtonon: July 19, 2019In: In The DoghouseNo Comments

At age 47, he no longer plays the PGA Tour and he’s three years away from teeing it up with the old guys.

He spends some of his time as a television analyst.

The good folks at the R&A allow former Open champions to play in the Open Championship until age 60 if they choose to enter.

So good old Double-D, put himself into this week’s field at Royal Portrush.

Double-D should have stayed home.

All he did on Thursday during the opening round of the 148th Open Championship was go out and embarrass the hell out of himself.

Now consider this — Duval started birdie-birdie-par-par on the outgoing nine.  But then came an eight at the par four fifth then, are you ready for this?  Drum roll please — a 14, yes, you read that right, a 14 at the par five seventh.  That sent everyone scrambling through the storied record books to see if that was the highest score ever on a single hole in this hallowed championship.

But one thing’s for sure, we’ve called Portrush and found a local Dog House and David Duval will have to stay there for a week.

In the meantime, use some common sense, DD, it’s time to call it quits at this championship.