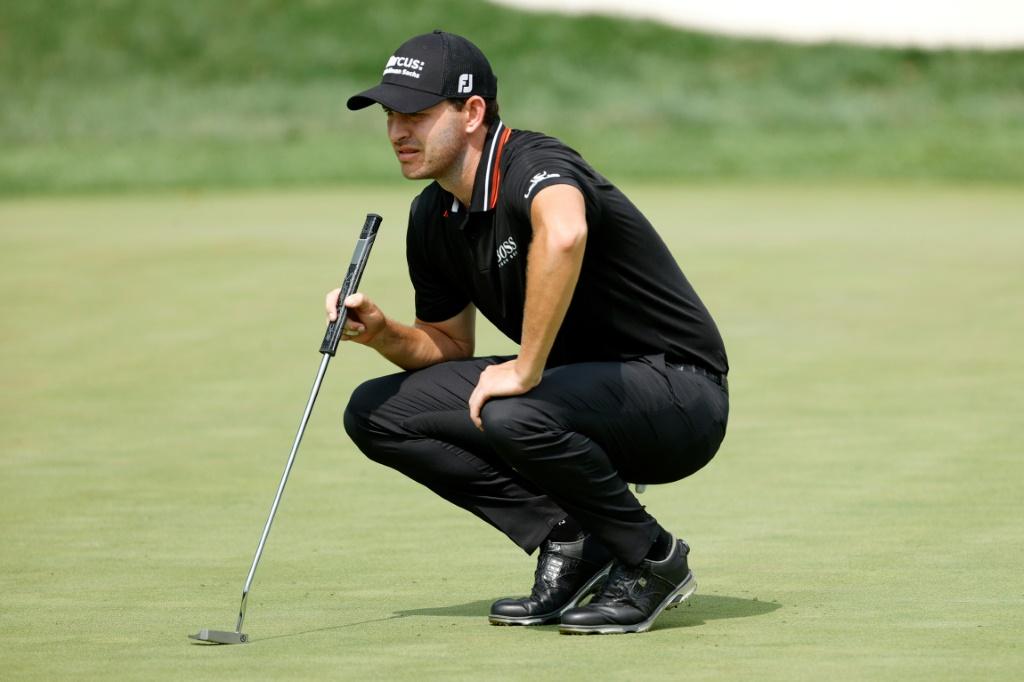 Patrick Cantlay's 66 got him to 21-under and tied with DeChambeau.

It was a day where DeChambeau was wiping out the rest of the field — until he wasn’t.

Two eagles and two birdies from DeChambeau had him shooting 30 at the turn and he was six-under for the round, 22-under overall.  He added another birdie at 11 and he was seven-under, looking at another round in the low 60s.

Then golf happened.  DeChambeau hit balls in the water at the 12th (par five) and 13th (par three) and those produced a bogey and a double.  At the same time, Cantlay produced three straight birdies at 11, 12 and 13 and saw a five-shot swing.  Cantlay went to 22-under and took over the lead.  He stayed there until a bad lie in the rough off the tee at 18 produced a bogey that left him tied at the end of the day with DeChambeau as both finished at 21-under.

Cantlay shot 66, DeChambeau 67 despite his back nine aqua-adventures.  World No. 1 Jon Rahm was flat most of the day and all he could manage was a two-under par 70.  And when you’re not going low at Caves Valley, you’re getting passed.

Rahm will start the final 18 at 16-under, five behind the co-leaders.