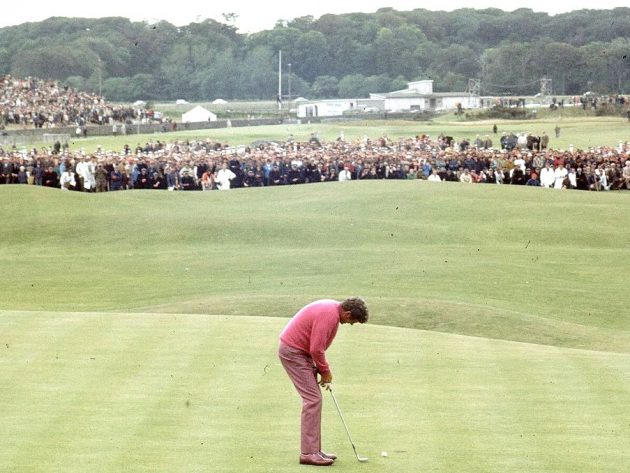 Doug Sanders was distracted and it cost him the Open Championship in 1970.

Distracted? Back Away, Back Off And Re-Focus

Posted By: Tom Edringtonon: April 15, 2020In: The Lesson TeeNo Comments

The passing of Doug Sanders last week evoked one really painful memory for anyone who has blown a short putt.

The 20-time PGA Tour winner had his big moment staring at him on the 72nd hole of The Open Championship at St. Andrews back in 1970.  He had just inside three-feet to win.

“I don’t know what I would have given to be able to take that putt again. I missed it. I made the mistake when I walked up there. I made the mistake of not backing away. I made a mistake by not letting Trevino (Lee Trevino, his playing partner) putt first (before finishing out).

“I made the mistake about thinking which section of the crowd I was going to bow to. I did it all. I never blamed anybody. I never said anything. It was all my fault. There was only one person to blame. Doug Sanders.”

What actually happened was that Sanders believed there was something on the green in his line.  He stepped forward to brush it away and found it was just a discoloration in the grass.

Instead of stepping back and going through his routine again, he got right back into his putting stance.

And therein lies today’s lesson for everyone.

Next time you’re totally distracted before a putt or any sort of shot on the golf course, simply step away, re-focus and start over.

Doug Sanders probably wishes he had.