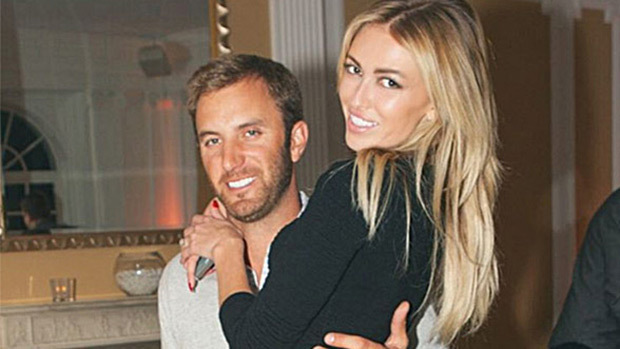 Dustin Johnson and Paulina Gretzky have been engaged since 2013.

Dustin Johnson & Paulina — What’s Up With Those Two?

Sorry, can’t help it — too many mad rumors swirling all over the world when it comes to former No. 1 Dustin Johnson and his baby-mamma — Paulina Gretzky.

They’re often referred to as your basic “power couple” within the world of golf.  Why?  Not sure on that one.

What we do know is that these two are been engaged for going on five years now and they’re not hitched yet, in the meantime, they have two children in  the house there on the intercoastal waterway in Jupiter.

So what we’ve got lately are rumors of a possible riff between the  two, spurred by the fact that Paulina seemingly has deleted images of Dustin from her world-famous Instagram account.

The noise surrounding said alleged riff got so loud that this week D.J. offered up this lame statement:

“Every relationship goes through its ups and downs, but most importantly, we love each other very much and are committed to being a family. Thank you for your love and support.”

So there you have it from D.J. or his public relations guy.  We vote that the statement came from the latter of those two.

So are they together?  We’d guess yes.

How would you like to call Wayne Gretzky and tell him that you’re splitting with his daughter?

We’ll leave it at that.