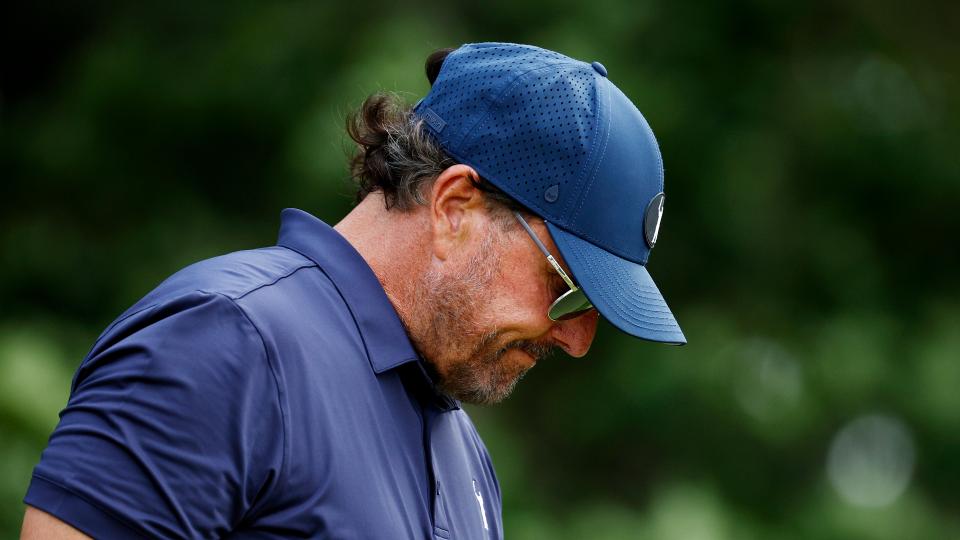 Last week Phil Mickelson made his unimpressive LIV debut by shooting 10-over par for 54 holes.

The face of the LIV Series found himself 11-over par after a Friday 73 at the Country Club and exited early from the 122nd U.S. Open.

Spectators at the 122nd U.S. Open were polite but not cheering loudly for Mickelson, who is fading in relevance on the golf scene.  He began the week in Brookline in front of the largest gathering of media since he went into hiding.  He was unable to answer the tough questions and his play for two rounds was as skillful as his ability to explain how the LIV Series is good for the game of golf.

Dustin Johnson (one-over), Patrick Reed (one-over), Bryson DeChambeau (two-over) and Richard Bland (two-over) will carry the LIV flag into the weekend as all got to stick around for the final two days.

No Mito Pereira This Time:

Mito Pereira, who nearly won the PGA Championship, won’t be around for the weekend at The Country Club.  Mito was four-over and went home early.

Four amateurs made the 36-hole cut and NCAA champion Travis Vick is in the overall mix at one-under par through 36-holes.