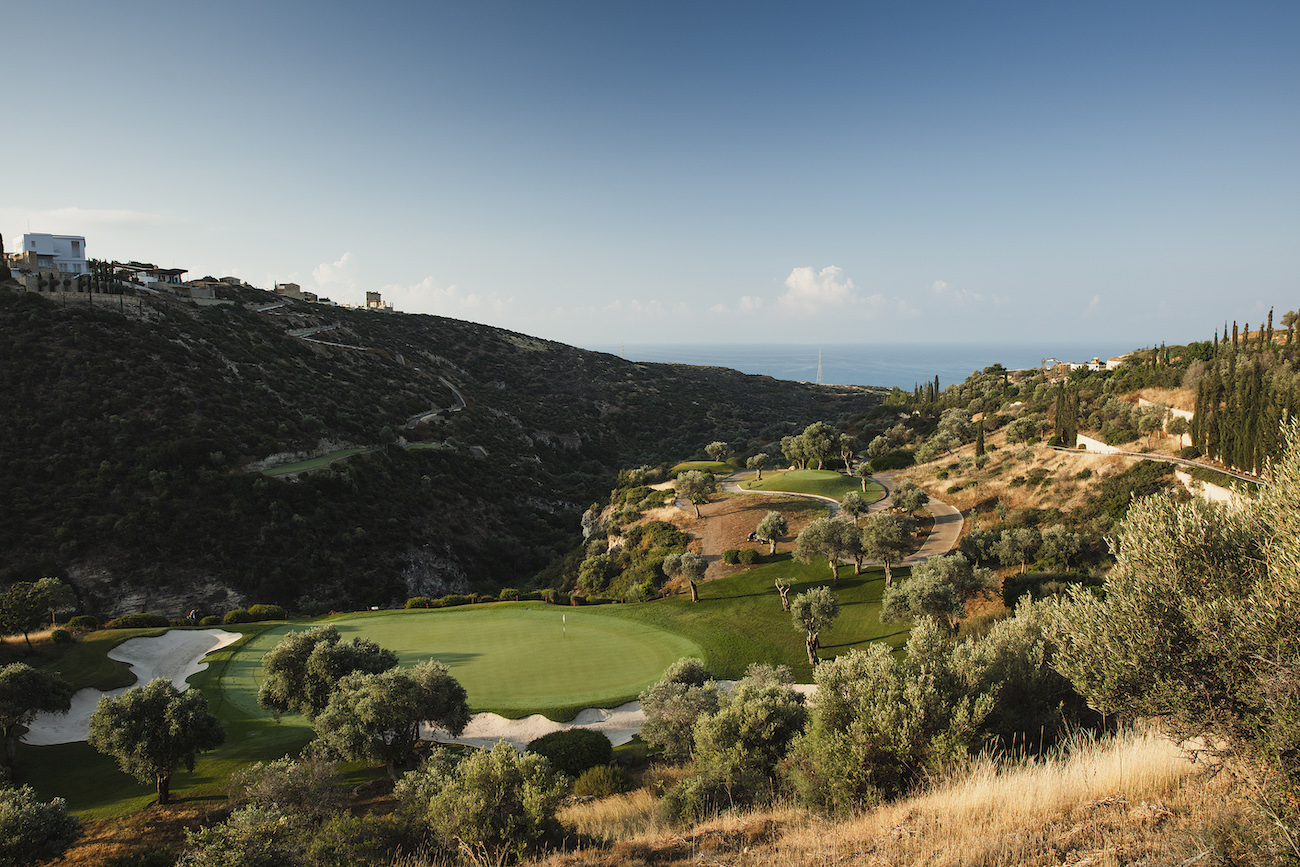 The carry over the canyon is a must on the seventh, the signature hole.

One of the cool things about the European Tour is the variety of courses and some are most unique, like this week’s venue on the island of Cyprus — Aphrodite Hills.

It’s a spectacular resort course on the Mediterranean Sea and you have those water views on many of the holes.

This week’s European Tour stop is the Aphrodite Hills Cyprus Open and the tour will be there for two weeks.

This course was built in 2002 and many of the holes are carved into hillside terrain.  The par three seventh, pictured here, requires a carry over a deep canyon.  By the way, the canyon isn’t a hazard, it’s out-of-bounds.  They’re not even using the back tee on this one.  It’s around 175-yards from where they play it, 216 from that back tee and it’s considered too hard to use this week, especially if you get some winds blowing off the Med.

On day one, it was young Englishman Mitch Waite leading the morning wave with a seven-under par  64.  He’s in on a sponsor’s invite as he’s playing on the Challenge Tour, the European equivalent of the PGA Tour’s Korn-Ferry circuit.

Playing in just his fourth European Tour event, Waite was more than please with his outing.

“I’ve just had a good attitude from the beginning of the week, I’ve got nothing to lose and everything to gain so I just need to get out there – it’s a scoreable track – hit some good shots and see what we get out of it,” he said after his round.  “It’s probably been a slow professional career so far, expectation was high for myself and I put myself under pressure more than anybody else.  So last year was a tough year and I started quite nicely at the beginning of this year on the Challenge Tour and obviously COVID hit and that slowed me down but I’m just fortunate to be here on an invite.  I played nicely and I’m going to do some work on the range and get ready for tomorrow, more of the same.”

In the afternoon wave, it was Johannes Veerman from the U.S. with a 64 to share the day one lead with Waite.  Veerman played college golf at Texas A&M University.

Veterans Andy Sullivan from England and Scotland’s David Drysdale were two of the five players a shot back with 65s.