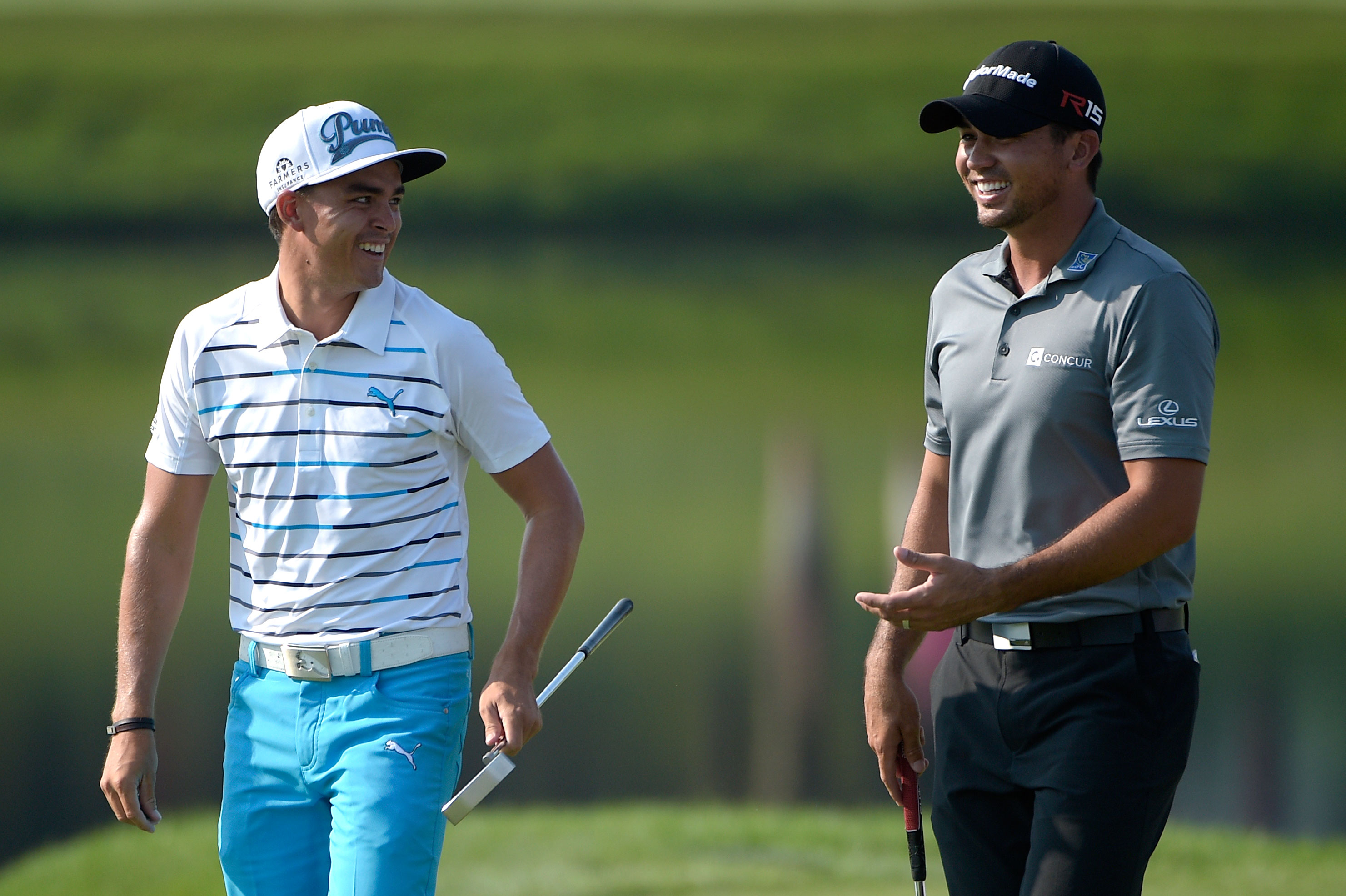 Rickie Fowler and Jason Day may have the best shot at the $10 million jackpot. -- AP Images

Strongest contenders for the big payoff? Going into this week’s BMW Championship outside Chicago, it has to be Jason Day and Rickie Fowler.

Day is first in points, Fowler third and coming off victory at the Deutsche Bank two weeks ago.

What about Jordan Spieth, you ask? He hasn’t looked all that serious the first two playoff events, missing the cut in both. Over the weekend, he hung out at the University of Texas, his alma mater then on Sunday night he was in Jerry Jones’ luxury box for the game between Dallas and New York. Oh yes, there was another golfer sitting nearby Spieth — Tiger Woods.

Going into the Windy City, Spieth has been out of it both emotionally, physically and mentally and his scores have shown it.

On the other hand, Day and Fowler look like they are thinking very seriously about adding that $10 million to their personal net worth.

That takes care of the top three points leaders.

Then there’s Henrik Stenson,, who hit a bad shot at the 16th hole two weeks ago to hand the Deutsche Bank to Fowler.

Could Stenson possibly second place his way to the FedEx Cup?

That’s a scenario if he finished second this week then second again in Atlanta depending what the three guys in front of him do.

The wild card in this conversation is the world’s No. 1 — Rory McIlroy.

McIlroy is sitting there in the 17th spot in the FedEx Cup standings and you know he’d like nothing better than to get into the mix at East Lake in two weeks. A victory at Conway Farms can put him right where he wants to be.

McIlroy may also be the player who benefits most from this one week break between the Deutsche Bank and the BMW. One more week to help him find his game as he recovers from the ankle injury that kept him out of the British Open.

No doubt McIlroy has that sense of urgency as will the 70 who show up at Conway Farms.

Only the top 30 move on to East Lake and the guys on the bubble are the ones who really need birdies this week.

The story within the story is also the Rookie Of The Year race. It’s between Justin Thomas and Tony Finau. Finau is 41st.  If one of those players makes it into the top 30 and the other doesn’t, then that could determine who wins ROY.

It’s a quality field with a lot of motivation.