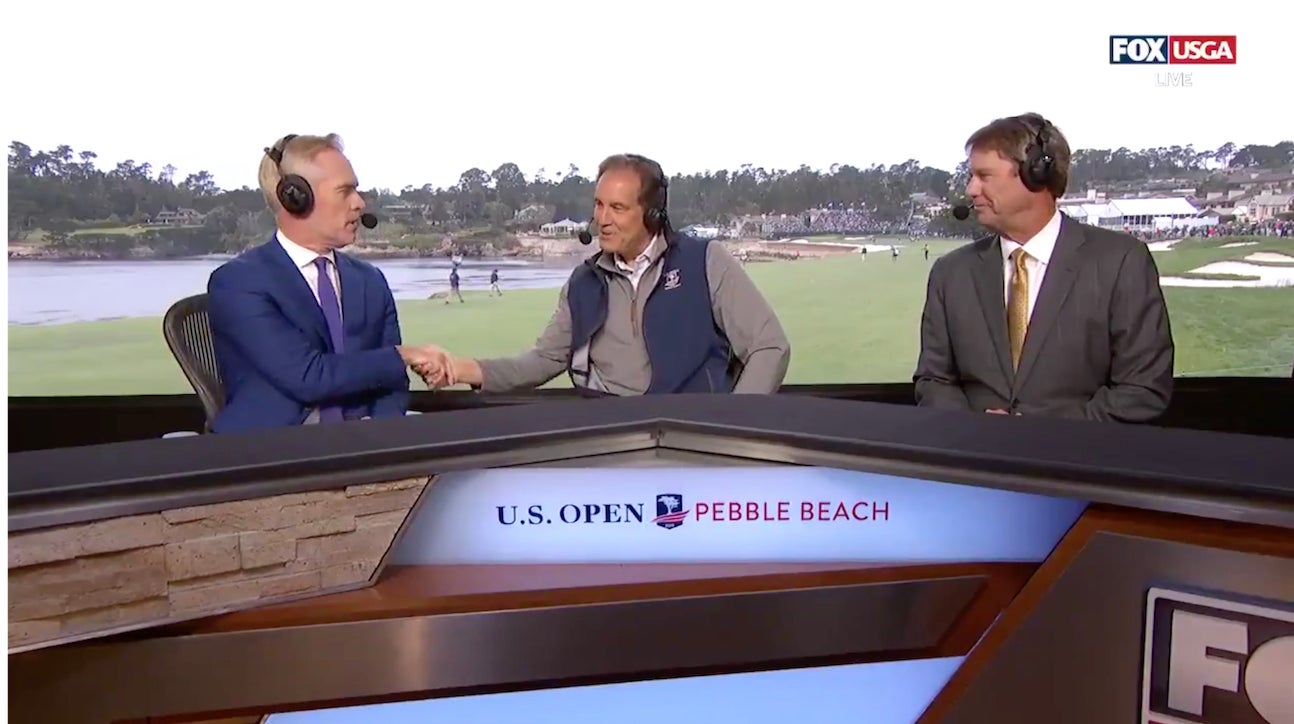 Jim Nance: "Hey Joe, I just dropped by to let you know how bad you guys have been."

Back in 2015, the USGA basically sold its soul to the devil for something around $1 billion.

It was greed at its finest, especially for an organization that carries the 501-C-3, “Not For Profit” designation.

The United States Golf Association basically dumped an old and very, very reliable friend — NBC Sports — in favor of a company that had no experience with big-time golf broadcasting.

Hello Fox and it’s hundreds of millions of dollars per year.

What transpired was an epic disaster, an epic failure that was thrust upon innocent viewers, simply hoping to watch a compelling major championship.

Fox abused us with none other than Joe Buck, who knows about as much about golf as Bill Belichick knows about fair play.

It got worse, Fox put Greg Norman on the hot spot as a first-time analyst and that went about as well as the 1996 Masters.  Sorry Greg.

What Fox didn’t realize is that between CBS and NBC, all the really good golf broadcast talent was spoken for.  That left Fox giving everyone willing to watch — something akin to the television equivalent of cold, week-old leftovers.  Yuck!

The 2015 effort was awful.  Jordan Spieth deserved better.  FOX improved over the next few years — after all, it couldn’t get any worse.

Finally something good came out of this COVID-19 pandemic.  The reshuffled golf season pushed the U.S. Open into September and FOX found itself in a potentially huge quandry.  There’s that little television sport called The National Football League and that’s where FOX butters its bread.

Enter the perfect exit — the perfect opportunity for FOX to seek a quickie divorce from the USGA — irreconcilable differences — to say the least and total disregard for the mental health of golf fans everywhere.  If there’s such a thing as a good divorce, this was it.

Waiting in the wings was old faithful — NBC.  The jilted wife, the good wife, the one everyone liked.

There’s no doubt that somewhere, behind closed USGA doors, there was seller’s remorse over the Fox deal once the product was seen, once scribes everywhere told the truth, told how simply awful it was in that first attempt.  Some will defend FOX, saying it got better, and maybe it did but what’s better than awful?  Simply bad?  The United State Open Championship deserved better.

The COVID-19 pandemic and its affect on professional sports brought the perfect escape hatch for FOX and the USGA.

FOX saw that with Major League Baseball being pushed late into the summer/fall and the NFL promising that there will be a season, FOX was up against the wall of broadcast hours for those two giants.

“Hey, we need to get out of this, would you consider taking it back?”

Fortunately for the USGA, NBC welcomed the starched shirts from Far Hills back with open arms.  Had the FOX contract run its course, NBC would have had total leverage in that negotiation.  as it is, FOX is eating a big chuck of change to leave.  The Wall Street Journal estimates that NBC will pay about $37 million a year.  FOX is on the hook for around $93 million a year and will pay the different between what NBC is forking over and the terms of that original FOX contract.  So basically, FOX is paying huge dollars to NOT broadcast the U.S. Open.  So the already rich USGA stays that way and pockets what amounts to free money.

So now it’s a matter that all’s well that ends well.

We bid adios to all the no-names FOX threw at us in its desperate attempt to gain golf credibility.

We say hello again to the likes of Dan Hicks, Terry Gannon, Gary Koch, David Feherty, the new king of the fairways — Bones Mackay along with Roger Maltbie and Mark Rolfing.  It won’t hurt to have Jimmy Roberts doing insightful essays.

All we can say to him is:

Hey Joe, don’t let the door to the broadcast booth hit you in the ass on the way out!