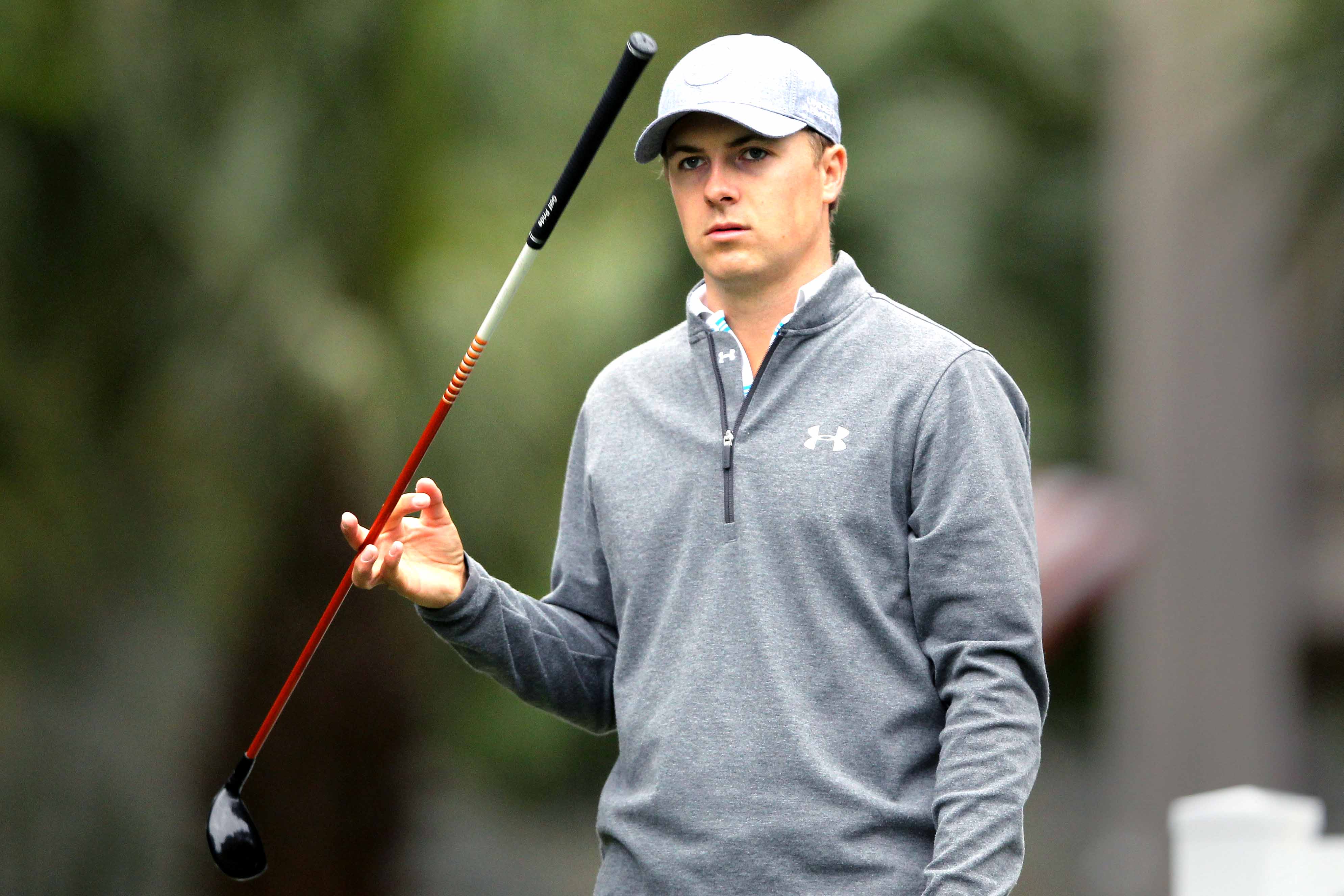 When he makes his return to the tour, Jordan Spieth will have to climb -- he's no. 56 in the world.

Gary Player Says One Hour And He’d Have Spieth Back At No. 1

Jordan Spieth hasn’t won on the PGA Tour since 2017.  He’s also tumbled down the world rankings, all the way to 56th.

Gary Player says give him an hour and he can change all of that.

“If I could spend one hour with Jordan Spieth, I’m convinced he’d be No. 1 in the world,” Player claimed.

Player had some time on his hands and was on Sirius XM radio recently and expounded on his thoughts about Spieth and Jordan’s playing woes.

Player said the first thing he would do is change Spieth’s mindset.  Laddie claimed Jordy’s in need of a good old fashioned pep talk, one that would put his mind back in a more positive, confident place:

“Long hitting is the most overrated thing in golf. The thing that wins a golf tournament is the mind — and we haven’t even begun to understand the mind.”

“There are lot of things that are so hidden, so debatable. There are amazing things about golf…the swing takes one second, and there have been three million books written about it.”

Player didn’t say what he’d do as far as Spieth’s golf swing but his implications are that Spieth’s mind is the problem right now.

Player’s not the only one who has made the “I can fix Spieth” claim.

Chamblee hit up GolfWeek, saying he has the answers for Spieth.

Chamblee watched a video of Spieth current swing and said:

“Watch his left knee right when he takes the club away. You see where it goes, it’s already out to his toes. Whenever your knee goes out that quickly you lose trunk balance and your body will move towards the target and you’ll have to make compensations.”

To simplify: Spieth’s left knee goes out over his toes, his center of gravity shifts and he loses some balance and control. As a result, Chamblee says, Spieth’s rotation gets messed up and his swing path gets steeper in transition.

Chamblee made the implication that either Spieth or his coach, Cameron McCormick decided to chase distance, which he deemed a foolish pursuit. “You are already doing from 175 what guys hope to do when they get to 150,” Chamblee pointed out. “You have negated the distance disadvantage that you’re at.”

In the end, Chamblee said what a lot of observers believe:

“Jordan Spieth should be a better player than he was in 2015 by experience alone. What did he need to do to that golf swing in 2015? He almost won every major he played in. So this necessity to always be changing is just, every game is in a constant state of repair or attack of ideas.”