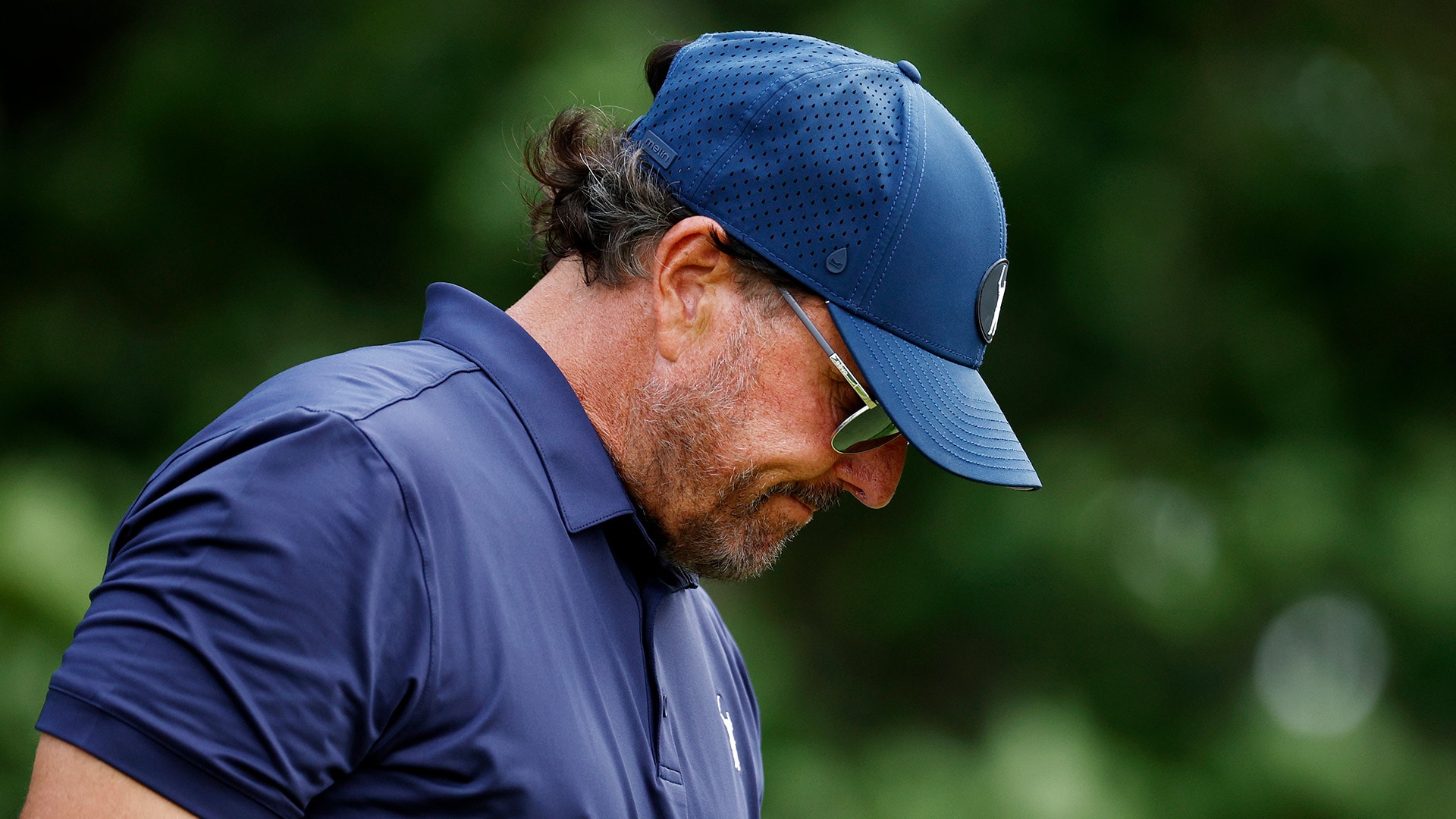 Phil Mickelson's popularity is balling like a lead balloon.

Morning Consult is a survey company and it is probably the first company to take a serious survey of golf fans to take their temperature when it comes to the LIV exhibition series vs. the PGA Tour.

The company released a poll this week and the results weren’t very good for Greg Norman and his Band of Renegades.

The poll was conducted via online answers from 609 people who identified themselves as golf fans.  The results were perhaps where some thought they might fall, others might be suprised.

Only 16 percent said they tuned in to the first LIV exhibition in London.

Eighty-eight percent of “avid” golf fans said they were interested in watching the PGA Tour while 77 percent of regular golf fans were in with them.

A significant number of those surveyed — 82 percent — ranked the PGA Tour as “having the best players” and the key reason for their interest.  As for the LIV, they money — was a factor least likely to generate fan interest.

Phil Mickelson, who was the first big name to wallow into the mire that is LIV, according to the survey,  Mickelson experienced a 14-point drop in his popularity from September 2021 to June 2022, the largest drop of any player in the survey.

So it is still the young stars like Scottie Scheffler, Jon Rahm, Rory McIlroy, Jordan Spieth and Justin Thomas — who draw the eyeballs to the PGA Tour.

And there’s also the Needle Mover Himself — Tiger Woods.  He turned a cold shoulder to a reported $900 million-plus offer from the Saudi-backed series.

So sorry Greg Norman, your no-names, over-the-hill guys and never-will-be guys aren’t that attractive to those who follow the game.

John Hawkins spent seven years at the Golf Channel and was a regular there, today he resides at SI Morning Read and he tortured himself by watching the entire LIV stream from the Portland event and authored a piece for SI Morning Read.

Here are a few of his observations:

“LIV Golf is in plain sight — and much better seen than heard. It says here that its collection of on-air talent is weak, inexperienced and inane as golf commentators but exceptionally enthusiastic about glamorizing the product to insufferable extremes.”

Hawkins couldn’t help notice the hard sell being made by the seemingly amateur broadcast crew:

“The LIV Golf revolution is in full swing!” anchor Arlo White crowed at the top of the Thursday show.

“A few minutes later, the tournament began with a loud blare into the Oregon sky, just one more reason to believe shotgun starts are for choppers and charity events. “Tell you what, that reception when the airhorn blew, it just gives you goosebumps, doesn’t it?” analyst Jerry Foltz said without a trace of sarcasm. Goosebumps? On a Thursday?”

And this punch to the LIV-face summary of what Hawkins was subjected to:

“It’s no surprise that a band of novices would fail to reach the same standard as those who have done it at a major network for years. Nonetheless, there’s no excuse for shamelessly deluging viewers with drool over a product that is, in its formative stages, a cheap imitation. There is nothing to be gained by such a ruse in terms of popularity. And given the considerable amount of disdain directed at LIV Golf from both passionate golf fans and those who wouldn’t know which end of the club to hold, the hard sell coming from Norman and his merry crew is questionable at best, utterly clueless at worst.”

Hawkins was spot on.

After watching a bit of the first broadcast from London, we still can’t get over this proclamation made by Foltz, who has shed what’s left of his credibility: