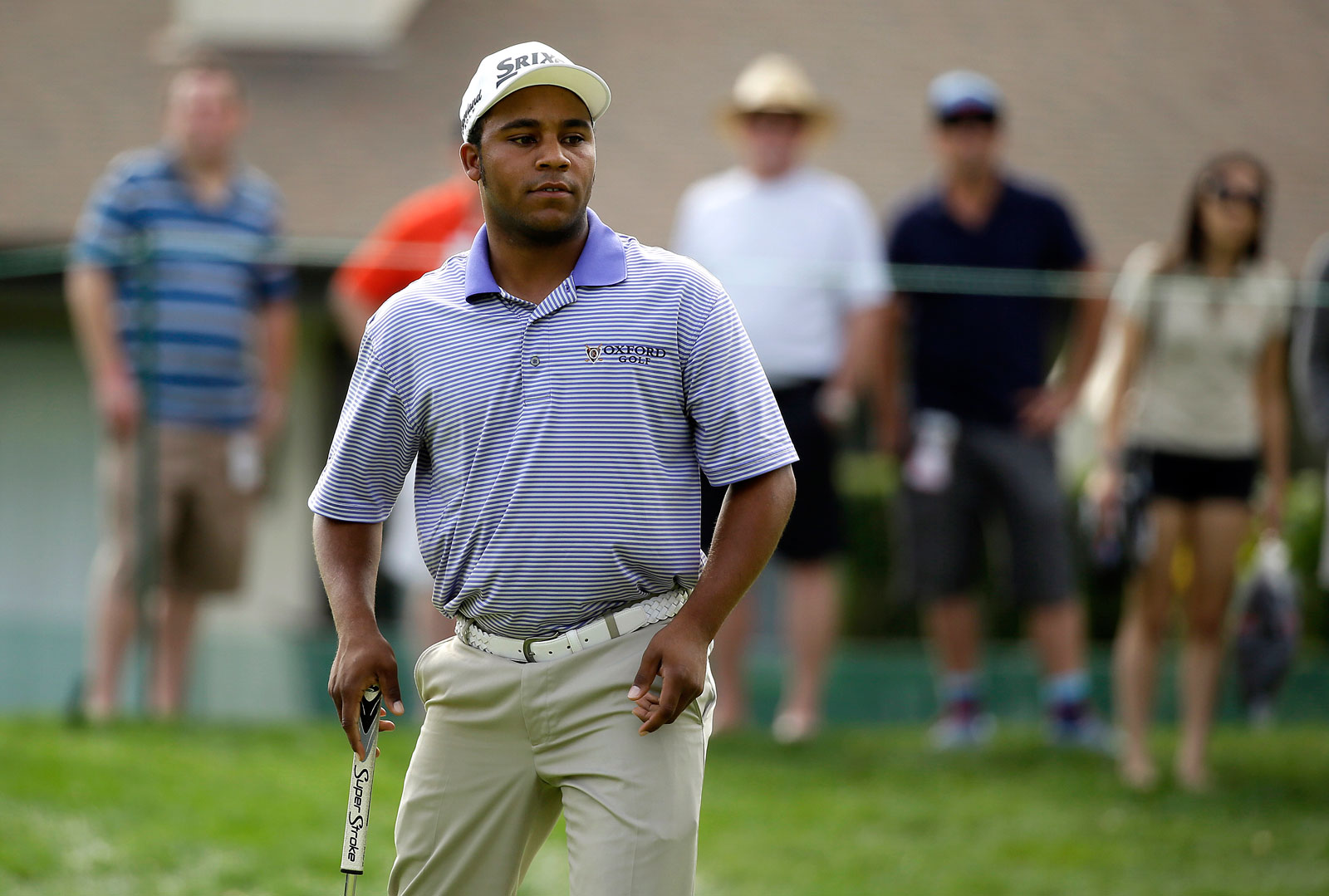 Consider this fact for a moment:

There were more African-American golfers on the PGA Tour before Tiger Woods showed up in 1997 then after his debut.

Woods was supposed to be the inspiration that would bring more golfers of African-American heritage to the predominately white PGA Tour.

A young man named Josh Bramlett got his card at the 2011 PGA Tour Qualifying School. He was biracial and barely stuck around long enough for a couple of cups of coffee.

That’s why is was refreshing, finally to see Harold Varner III getting a lot of television time on Thursday, Friday and Saturday of last week’s Frys.com Open.

He was a media sweetheart, the television guys were all over him. No surprise.

Varner is the first African-American player to earn his card through the Web.com Tour. He finished exactly 25th, last in his class but his tour card is the same one they gave the guy who finished first.

Also consider he’s a product of working-class parents from the small town of Gastonia, west of Charlotte, N.C. He’s one of those kids who grew up at the local muni. “They had a summer pass for $100 and you could play all you want from June 1-September 1,” Varner recalls from his childhood.

It’s also important that he’s a product of the First Tee program, the grass roots golf initiative that operates all over the country. Some of the First Tee kids go on to play high school golf, a very few move on to the college ranks.

He cut his teeth on mini-tours before he got to the Web.com. This is a young man who worked his way up in a manner that is very difficult. The cards are stacked against those who have to travel that road.

Varner knew at an early age that golf was his ticket. “Too small for other sports,” is how he described himself. At age 25, he’s one of the smaller guys on tour. He’s 5-8, 170 but creates a lot of club-head speed.

For the first three days at the Frys.com, he gave a glimpse into his talent. He shot rounds of 66-70-68 and found himself 12-under par going into the final day and in solid contention.

Varner said before the round that win or lose, he would learn something “to help me down the road.”

His final round lesson was painful. A double-bogey at the ninth dropped him to nine-under then four more back-nine bogeys added up to a 79. He finished five-under and collected his first check. It was for $14,914. He will look back and know that if he had just found a way to shoot even par, he would have earned more than $194,000. Painful. Very painful for rookies who need every nickel they can scrape up to retain their playing cards for the 2016-17 season.

He has a lot of fans pulling for him. He’s personable and smiles easily. He appreciates the sacrifices his parents made to get him to where he is today.

So keep an eye on this young man. “Yes, I want to be accountable. If I’m not doing the right thing, someone should tell me,” he said.

“I want people to look at me and want their kid to be like me.”