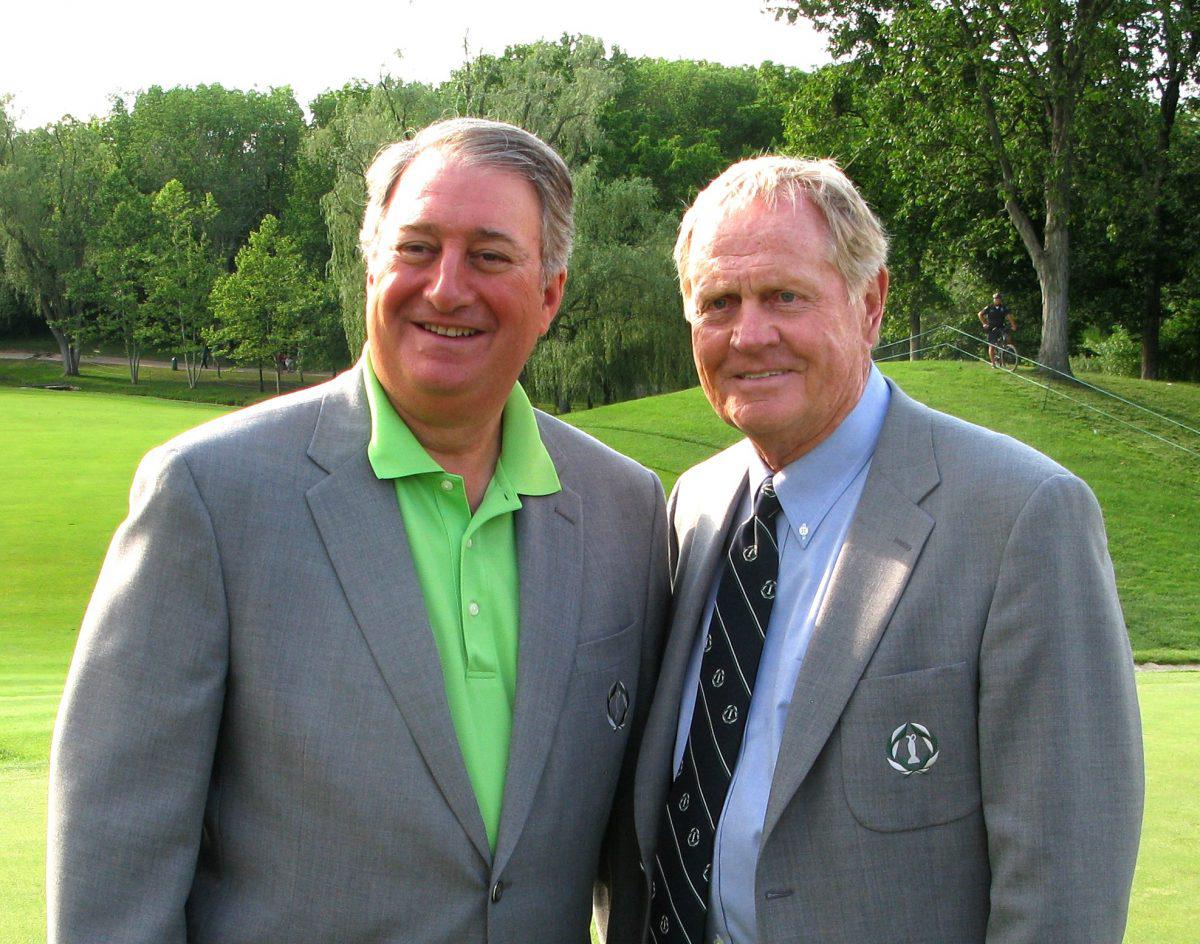 Don't look for Jack Nicklaus to get snuggly with Howard Milstein anytime soon.

Back in 2007, Jack Nicklaus sold the rights to his image, name and the right to license it to New York shark Howard Milstein for $145 million.

It was probably an estate planning sort of thing.  Part of the deal was Jack’s oldest son, Jack II, getting a title and probably a nice fat annual paycheck as Vice Chairman of the company that Milstein bought.

Since then, there’s been a big push in Golden Bear merchandising, they’re selling everything from ice cream to blankets and everything in between.

Came out in the news last week that Milstein is suing Jack.

One of the things that triggered said complaint, filed in New York, was Jack’s revelation that he was being courted by the Saudi-backed LIV Series to be the face of that upstart league — a position that eventually went to Greg Norman.

When Milstein heard about the number Jack threw out — $100 million — well the poop hit the old fan.

Jack’s response to the complaint:

“The claims made by Howard Milstein are untrue.  Our relationship has been a difficult one, at best. I have little doubt about the outcome, but I don’t intend to make this a public spectacle, if it can be avoided.”

The statement from Milstein:

“We have great admiration and tremendous respect for Jack and his legacy and have tried everything to avoid taking this step. We are asking the court to sort out the legal responsibilities of the parties so that there is no confusion or misunderstanding going forward.

“We are saddened to be put in a situation that now requires intervention from a court, but we have a responsibility to Nicklaus Companies and its employees, as well as to our customers and partners, to ensure that nothing disrupts the ongoing business of the company. We are confident that working together we can resolve this quickly and amicably.”

Jack selling the rights isn’t that unusual.  It’s a big thing now in the music world.  Bruce Springsteen sold his catalog for $500 million.  Bob Dylan sold his for $300 million.

Guess is the suit by Milstein won’t go to court — both sides should find a way to settle the complaint.

Note to Jack:  Be careful when you dance with the devil.

Not rest for the victor — PGA Champion Justin Thomas is heading the field this week at The Colonial (aka Charles Schwab Challenge).

It sounds so strange to call this event at Hogan’s Alley the Charles Schwab Challenge.  It sounds like something for the old guys on the Champions Tour — after all — they play for the Schwab Cup.

But J.T. is just one of the several big names in the field this week at revered Colonial Country Club.

Texans Jordan Spieth and Scottie Scheffler are longing for wins in their home state and hope to solve that issue this week.  Collin Morikawa is playing, so is PGA runnerup Will Zalatoris.  Sam Burns, Max Homa and Abraham Ancer are also in the field.

Bubba Watson got everyone’s attention on Friday at the PGA when he shot a record-tying 63.  Things deteriorated over the weekend as he shot 73-75.

Bubba was supposed to be in this week’s field at Colonial but revealed that he has a torn meniscus:

“I’m disappointed to have to pull out of (the Charles Schwab Challenge). Recent knee issues turned out to be a torn meniscus, so I’ll be out for 4-6weeks. Hope to be back soon!”