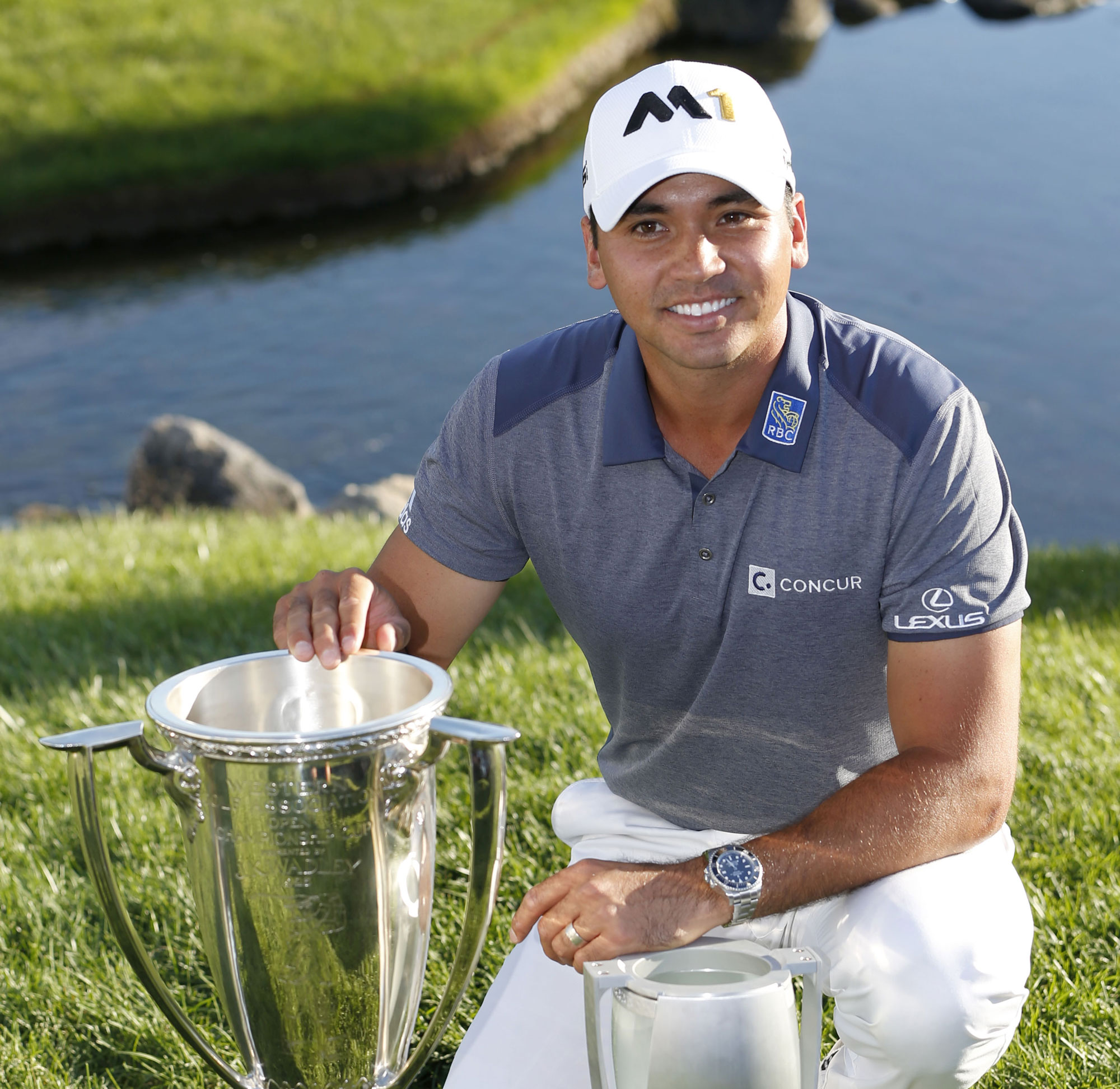 Jason Day Is Your New No. 1 And He Wears It Well!

The Australians have a saying they hand out for a job well done:

Your new world’s No. 1 is Jason Day and no doubt he’s getting that greeting from an entire nation that is proud of its latest golf star.

Day is here and now the most spectacular player on the planet. He started a six-event tear at the PGA Championship that is simply incredible and on Sunday he collected his second win in the FedEx Cup playoffs and his seventh overall victory on the PGA Tour.

Now he’s realized a life-long dream — he’s the best player in the world — No. 1 — top dog, leader of the pack, the man to beat.

It’s been a long time coming for Day. His story is well known. His caddie/mentor Colin Swatton picked up the pieces when Day crumbled at age 12 after losing his father. It’s been a long road to the top of the mountain but Day stands tall amidst the roars.

He will go to the Tour Championship this week as the player most likely to win the FedEx Cup and the $10 million that goes with it. He’s massed 6,680 points. A win makes it a runaway. He has to beat the others in the top five first — Jordan Spieth, Rickie Fowler, Henrik Stenson and Bubba Watson.

Day has shown he can not only beat the best players, he can run away from them. With his massive distance off the tee, solid iron play and an impressive short game, he looks every bit of the sort of player who should be the No. 1 guy.

Day admitted to the immense pressure he felt last weekend at the BMW. “Yesterday and today were the toughest rounds of my life, knowing I could get to No. 1,” he said after his six-shot victory on Sunday. He realized the goal of chasing down Tiger Woods, who was No. 1 in the world when Day was a teenager.

As Day’s game progressed, he battled health issues and that came to the forefront at the U.S. Open where his vertigo symptoms literally knocked him to the ground. He got past that and now he’s the picture of strength and good health. His fitness routine is nothing but golf-specific work.

He will turn 28 in November but he is still one of the young players looking like the new faces of golf.

If you were to assemble a youthful “Mount Rushmore of Golf” you would have Day, Spieth, Fowler and Rory McIlroy’s faces on that mountainside.

Of those four, Day is the one who has re-opened the conversation for Player of the Year honors. Prior to the PGA Championship, it was Spieth and no one else in the running. With his first major and two more victories in the playoffs and five total this season, Day is pressing the issue.

If he can capture the Tour Championship, it’s totally up for grabs between him and Spieth.

After watching him overpower everyone in Chicago, it is hard not to imagine Day getting right back at it come Thursday.

But in the meantime, he can enjoy his new position as the No. 1 player in the world.

Good on ‘ya mate!