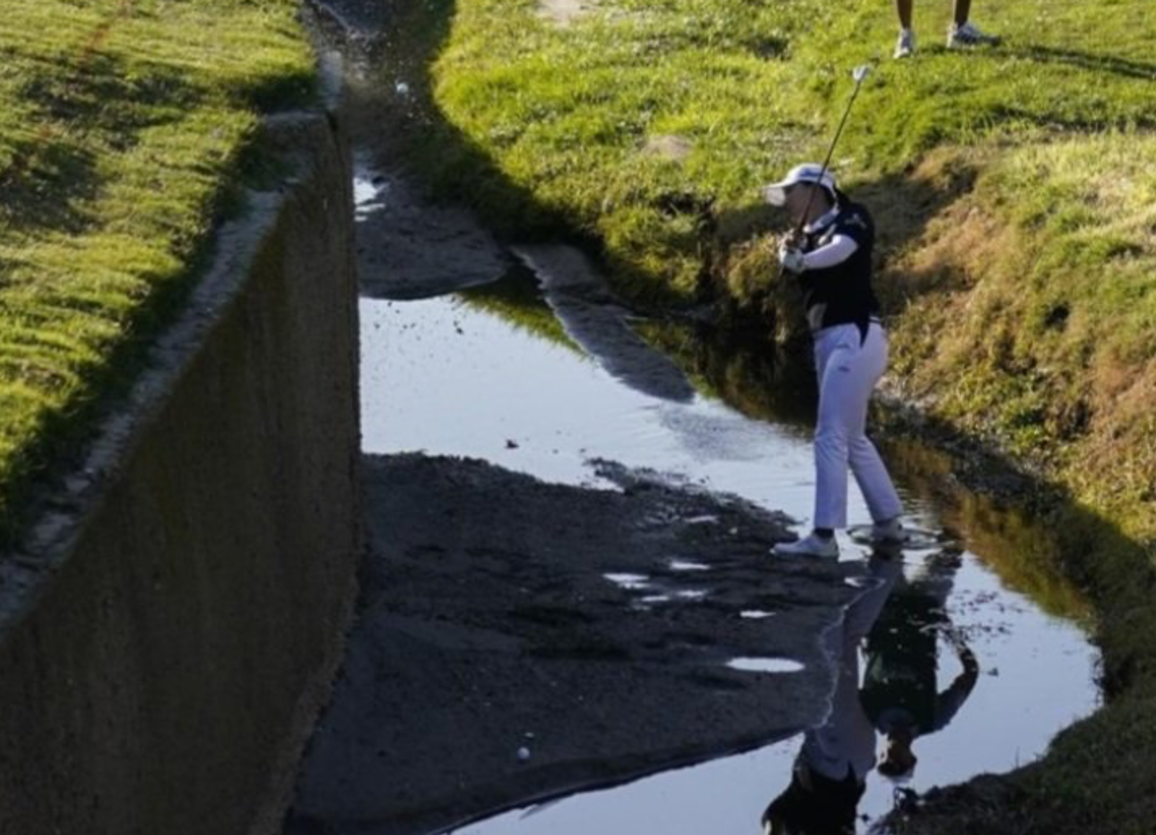 Posted By: Tom Edringtonon: April 25, 2022In: In The Doghouse1 Comment

This was surreal to watch.

Jin Young Ko was in contention at the L.A. Open late Saturday when he approach at the par four 17th found the creek/barranca that runs along the green.

The 17th green at Wilshire Country Club is shored up by a seven-foot concrete wall.

In a total moment of poor judgement, Ko’s caddie, David Brooker, went into the creek-bed/barranca, sunk up to the top of his shoes in mud, looked up at the seven-foot wall then somehow decided to talk his player into trying what was easy to see as a near-impossible escape.

In another moment of bad judgement, Ko went in and tried the shot.  Of course it hit the wall and bounced back into an even worse watery, muddy lie.  She tried again and again hit the wall.

By the time she finished, she wound up with a quadruple bogey eight and took herself out of any hope of contending on Sunday.

Gotta throw a lot of blame on Brooker for convincing his player to try the ridiculous shot.

“Seventeen was big mistake,” said Ko after the round. “But this is golf. I don’t have regret.”

But Brooker probably does and he’s now got an invite to the DogLegNews Dog House where the dogs don’t care if they get wet and muddy.

Will The PGA Championship Have Phil Or Tiger? Neither? Or Both?

59: X-Man And Patty-Ice (Schauffele/Cantlay) Show Their Stuff In New Orleans

Strong Grip: Here’s Everything You Need To Know