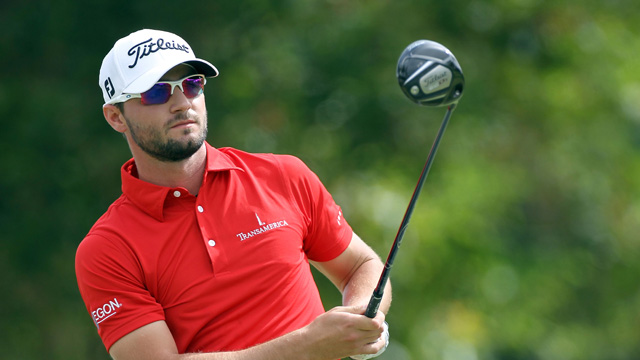 Kyle Stanley has never played in the year-ending Tour Championship.

This is his very first trip to the FedEx Cup finals, first time in the final 30.

“I played the front nine on Tuesday and the back nine on Wednesday,” was the full scope of Stanley’s prep  work at East Lake this week.

Yet there he is, leading the elite field of 30 after Thursday’s first round of the Tour Championship.

Stanley was the best of the best in the first round with seven birdies, a single bogey and that added up to a six-under par 64 at East Lake.

“This is unique in the sense I’ve never seen it,” Stanley said of the difficult track.  “I really liked it when I saw it this week, it’s my first time here and this was a really good start.”

Good start was an understatement.  Stanley beat all the top five FedEx point leaders and absolutely drummed a lot of well-known stars.

He beat Rickie Fowler (73) by nine shots and Hideki Matsuyama (75) by a whopping 11 shots.  A good day’s for Stanley.

“I’m obviously happy,” Stanley said with a huge grin.  “It’s important to get off to a good start with just 29 other players.  The key here is to keep it out of the Bermuda rough off the tee.  If you can hit the fairways, you have chances to score out there.”