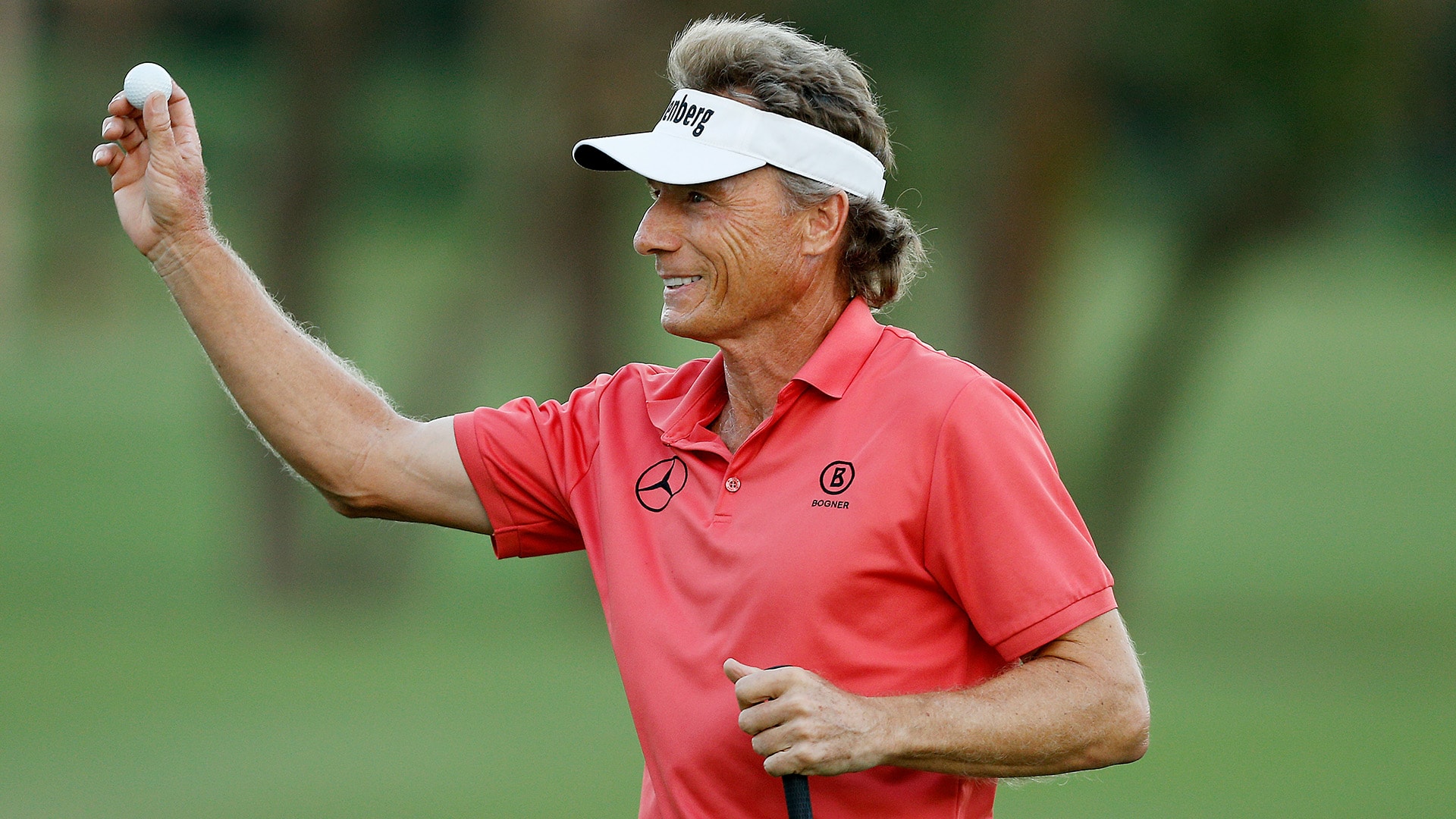 Langer Has Irwin’s 45 Senior Wins Within His Reach

At the not-so-tender age of 62, Bernhard Langer is still a major force on the Champions Tour.

Langer picked up victory No.  41 last week in Tucson, coming from behind to win the Cologuard Classic.  He’s now within four wins of tying what was thought at one time to be an unreachable mark — the 45 wins put up by Hall Of Famer Hale Irwin.

“I don’t think about it,” Langer said with a smile. “But I get reminded of it just about every week. One closer. We don’t live and die for records, but it’s fun to have a couple of them.”

In his last four outings on the old-guys circuit, Langer has finished no worse than a tie for sixth.

He’ll have a shot at No. 42 this week when the senior circuit visits Newport Beach for the Hoag Classic.

“All in all, I’m extremely happy,” Langer said. “Confidence is a huge part of golf. It’s always great to win, to be happy about your game and feeling like you’re on top of it.”

It was the fifth time Langer has won on the Champions Tour when he trailed by at least four shots going into the final round.