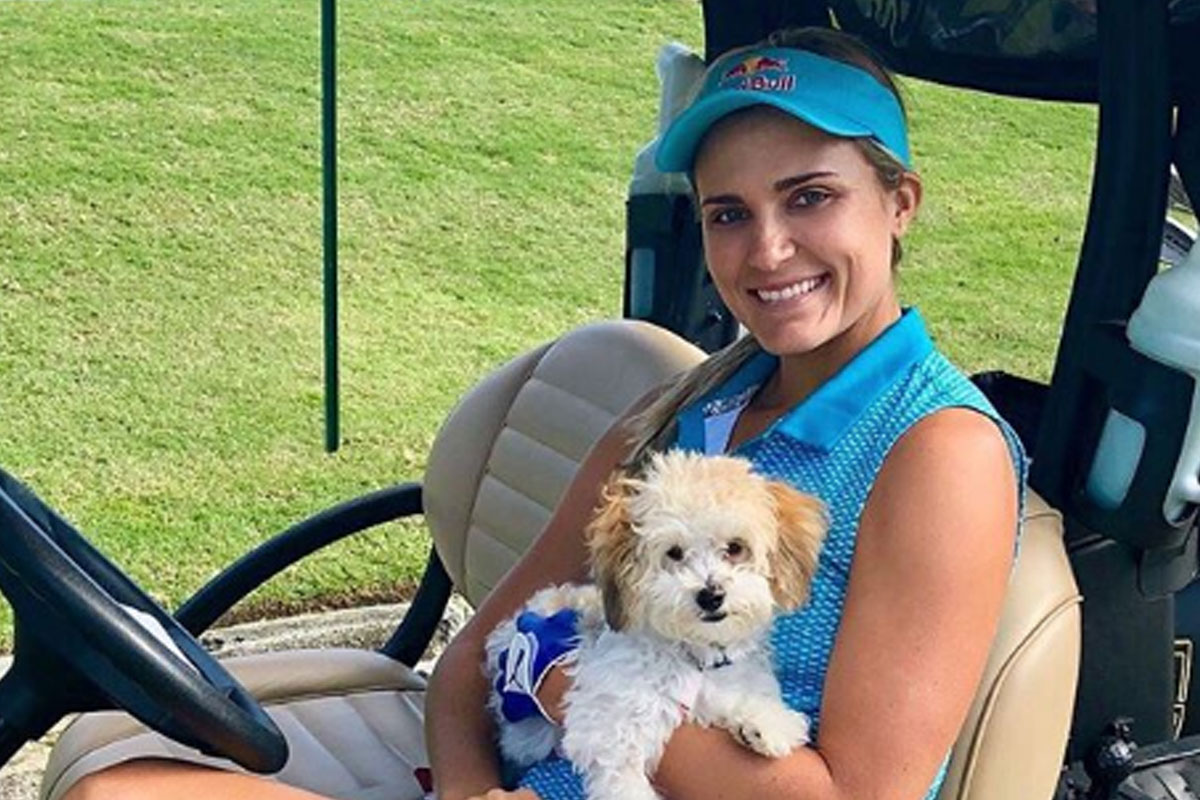 Lexi Thompson And Leo Can “Rest” In The Doghouse

Posted By: Tom Edringtonon: December 21, 2020In: In The Doghouse6 Comments

Couldn’t believe what we heard from Lexi Thompson after she finished her round on Sunday at the CME Group Tour Championship.

Lexi said she’s going to spend some serious time now getting “some rest.”

This was somewhat puzzling considering that she’s certainly no Sungjae Im (he plays every week) when it comes to tournament schedules.

Truth be known, Lexi played two events this month, one the entire month of November, a whopping three in October, one in September, two in August and one in July.  She and the rest of the LPGA players had nearly six months off thanks to the COVID pandemic.  She played twice last January.

Now considering Lexi is but 25 years old, fatigue should hardly be a factor.  In all she played a dozen events this year and still earned north of $400,000.

Seeing as she now needs some rest, we’re inviting her and her dog, Leo, for a nice comforting stay in our Doghouse.  The dogs have been busy cleaning because, to tell the truth, they are quite excited at the possibility to share a sofa with a superstar like Lexi, not to mention Leo, who has been on hand at some of her tournaments.

The dogs have promised not to “hound” her for autographs.