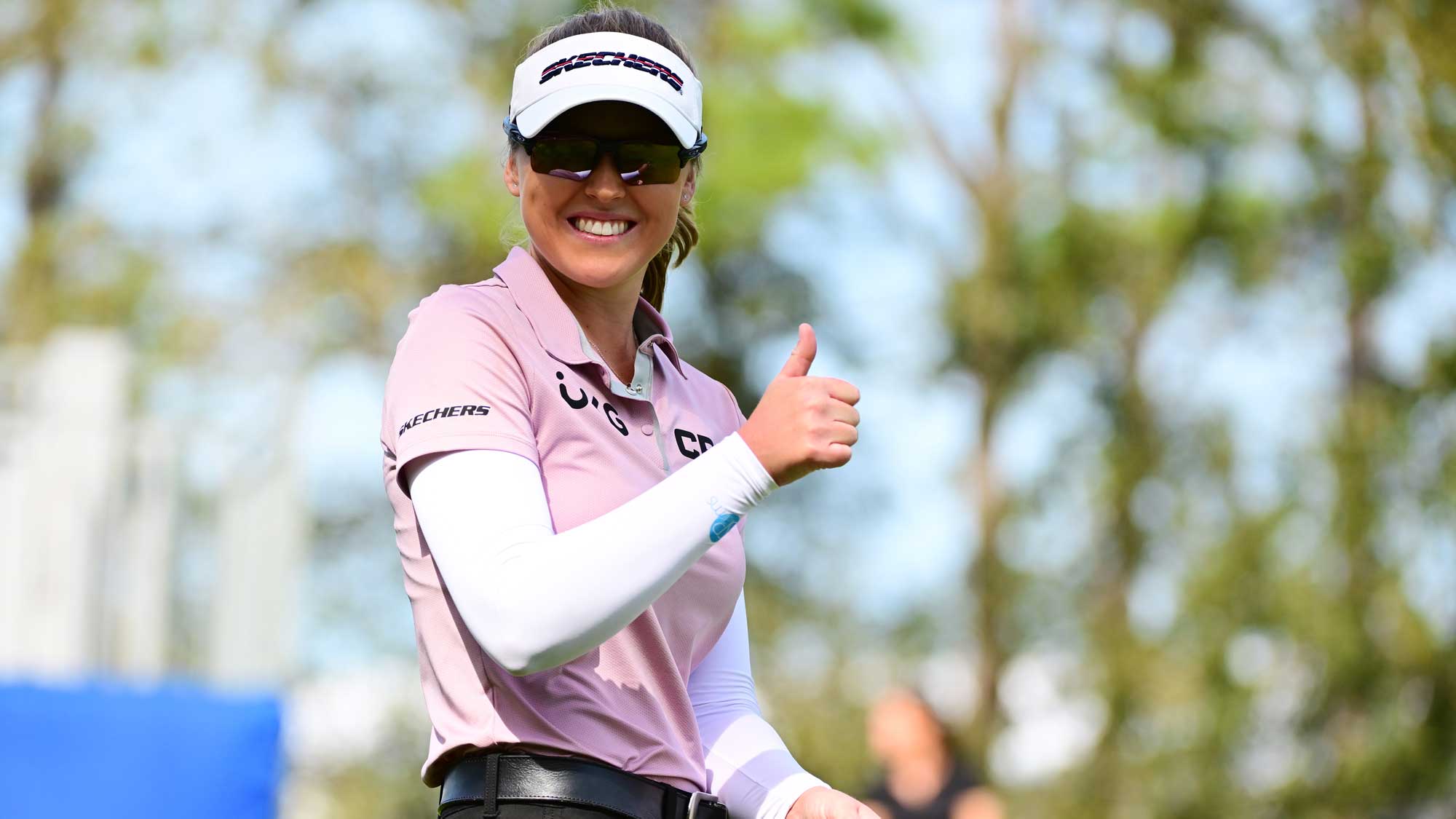 Brooke Henderson shot a five-under par 67 with her new equipment.

This is really hard to fathom when you consider that Thursday was the season opener for the LPGA Tour at ritzy Lake Nona and once again new commish Molly Marcoux is wiping a helluva lot of egg off her face.

It was bad enough that under Marcoux’s watch, no players showed up a the dinner for sponsor who popped a $2 million check for CME Group Tour Championship winner Lydia Ko at the end of last season.

What transpired prior to the start of play this week at this Tournament Of Champions is so incredibly hard to fathom that it is borderline incompetence, or better yet, tournament malpractice.

And this is yet another ugly mark on the Commissioner Marcoux report card.

When players showed up this week at Lake Nona they found themselves without lockers.  Sure, there were shower and bathroom facilities available but no place to store their shoes, clothes and valuables.

Think this ever happened when Mike Whan ran the LPGA Tour?  Of course not.  But someone thought it was a great idea to hire someone (Marcoux) from the world of academia rather than sports.  Great decision.

Just to show you what a joke this commissioner is, here’s what Ms. Marcoux said last year at an LPGA Tour event in Singapore:

“So how do we create an environment for everyone within our ecosystem to reach their own peak performance?  And that goes to the things I just talked about, making it as easy as possible for our women to get the most sleep that they need, to eat properly when they come to tournaments, to have the administration taking care of them so they can focus on being the best that they can be.”

So looks like Ms. Marcoux’s “environment” doesn’t include proper locker-room or practice facilities.

That’s two strikes on her.

And we’ll leave it at that.

World No. 2 Nelly Korda and No. 7 Brooke Henderson are the highest-ranked players in the field and they did their part on day one.

Brooke was on her game with a five-under par 67, a shot better than Nelly.  They are one-two at the top of the leader-board.

Henderson is feeling well again after battling back issues toward the close of last season.

“It does feel really good, and to get off to a hot start, that’s always a great feeling,” Henderson said after her opening round. “Hopefully I can continue it the next three days, a lot of momentum, and lots of birdies,” said Henderson. “You really need to go low here if the conditions are going to stay as nice as they are.

“I had to take a lot of time off to heal my back, so it was really weird not practicing for a while. Then even after resting for two weeks after that, I still couldn’t swing full. I was just chipping and putting,” she explained “It was just like slow progress, being patient and then building up to where now I can take full swings and things. It was a big off-season in terms of lots of things happening, but right now it looks like everything paid off well, and hopefully just keep it going.”

Henderson and Korda’s  performance made it a really good day for equipment giant TaylorMade.  Both stars made the big equipment switch to begin this new season.  Korda left Titleist and Brooke left PING in her rear view mirror.

The folks at Nike are smiling as well — Nelly is sporting their clothing.

So yes, they are off and running despite a total screw-up for facilities and an inexcusable situation with the practice facilities.

For the record, defending champion Danielle Kang put herself in contention with a one-under par 71 that left he tied for ninth.