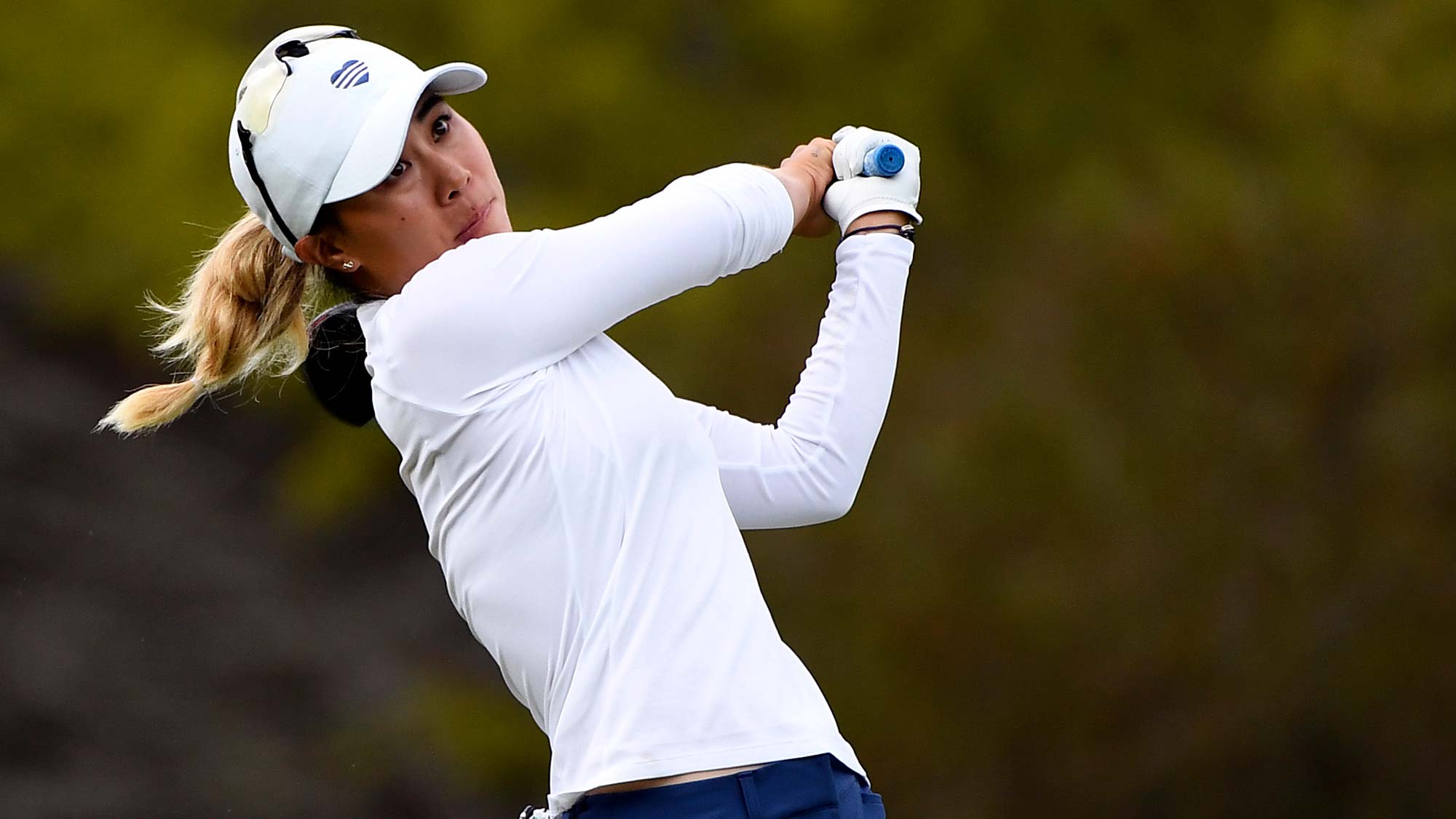 Danielle Kang shot 76 on Wednesday and withdrew, citing a bad back.

The Lotte Championship at the wind-swept Hoakalei Country Club on Oahu is off to a shaky start when you consider the event has lost some very big names at the halfway point.

After Wednesday’s first round, world No. 7 Danielle Kang withdrew, citing back pain.  Brook Henderson’s 74 caused her to pull the WD as well.  Inbee Park, the Hall Of Fame player and No. 6 in the world, opened with a a head-scratching 80, followed it up with 73 and didn’t come close to making the 36-hole cut.

The afternoon players on Thursday were whipped by the winds and it was evident by first round leader Hannah Green’s troubles.  Green shot 66 on Wednesday to take the first round lead but pulled the 10-shot trick in the wrong direction with a 76 on day two.

World No. 13 Hyo Joo Kim has a pair of 67s on the scoreboard and at 10-under par, has a three shot lead over Sarah Kemp from Australia. Kemp has rounds of 68-69 in the books and is a surprise name at the top.  She’s 186th in the world rankings and hasn’t broken an egg this season on the LPGA Tour.

Kim is the only player in the field without a bogey through the first two days. She had five birdies on day two, highlighted by a 19-foot chip-in from off the green at the sixth hole.

“I’m satisfied I played the same score and bogey-free round as yesterday, but more thing that I’m satisfied with today’s play than yesterday,” said Kim, who has four wins on the LPGA Tour.  “Of course, there was a mistake. But the reason why that I’m very satisfied is that it’s a smaller mistake than yesterday.”