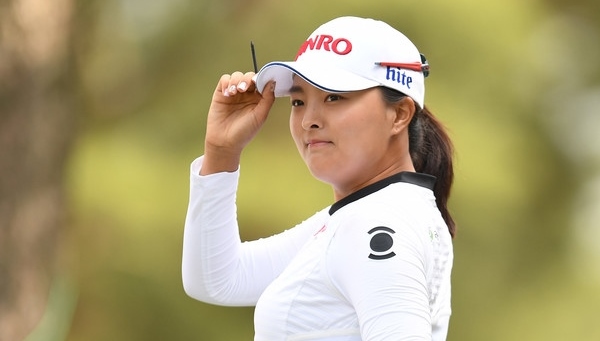 The LPGA Tour lost a major championship this week with the cancellation of the Evian Championship.

The Tour said on Tuesday that problems created by the Corona Virus pandemic made travel and logistics too difficult to stage the event played in France at Evian-les-Bains.

Primary reason listed was the opening of the borders with Asia and the United States.  Evian officials said it “poses a major risk” with 120 players having to travel to France from 30 different countries.

The event was schedule for August 6-9.

“I have been incredibly impressed by the entire team at The Evian Championship, “ LPGA commissioner Mike Whan said. “They worked so hard to host this global event despite the obvious challenges. They know that high-pursed, career-changing events like The Evian are more important than ever, especially in an LPGA year that has been drastically reduced due to COVID-19. I know this was a tough decision for everyone involved, but it’s one that we had to take given the restrictions we faced.”

The LPGA Tour is scheduled to restart on July 23 at the Marathon Classic in Sylvania, Ohio.  The first major for the women is the Women’s British Open, scheduled for August 20 at Troon in Scotland.

Seems things aren’t all that great within the Gary Player family.

Player will get $5 million and the rights to his name and likeness back from a company operated by one of his sons, according to court documents filed in Florida.

The 84-year-old winner of every major championship and the South Carolina-based Gary Player Group reached a settlement last month as the dispute was being arbitrated according to documents filed last Friday in Palm Beach County Circuit Court. The group is operated by Marc Player, one of the Gary’s six children.

What caused the dispute remains unknown.  Gary’s barrister — Stuart Singer — was mum about the entire mess.  He only said there was a “contractual dispute” and that his client was owed the $5 million for royalties.