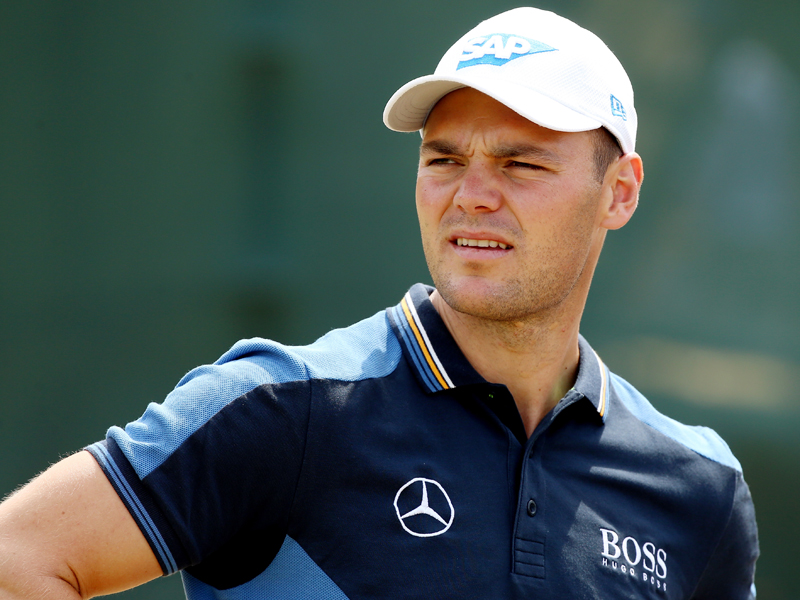 Martin Kaymer was in the hunt last week at the Belfry until he suffered a late bogey.

Martin Kaymer Is Slowly Making His Way Back

Posted By: Tom Edringtonon: September 01, 2020In: In Other News...No Comments

Martin Kaymer had basically fallen off the face of the earth until last month’s PGA Championship when he showed up and shot a stunning 66 in the first round at Harding Park.

For one brief shining moment, it looked like Kaymer had found the form that has eluded him for six years.  But then he fell back into oblivion with an 82 on the second day and missed the cut.  It’s been that long since his last win and that was a big one — the 2014 U.S. Open.

Since then, it’s been a struggle for Kaymer.

He had a chance to end his victory drought last week at the Belfry.  He was right in the thick of it coming down the stretch at the UK Championship.  Kaymer was 14-under par and was on the fringe in three at the par five 17th, only 20 feet from the hole.  He gunned his chip six feet past the hole, missed the par putt and finished at 13-under par, a shot out of the 14-under that sent Justin Walters into a playoff with eventual winner Rasmus Hojgaard.

Kaymer’s comeback continues this week as the European Tour moves to a very famous destination in Spain — Real Club Valderrama.

The 1997 Ryder Cup at Valderrama made history — becoming the first course in Continental Europe to host a Ryder Cup, and began a streak of home victories for the European side that is yet to be broken.  That year the late, great Seve Ballesteros captained his team to a 14.5 to 13.5 points victory.

The six-week UK Swing is in the books and the Andalucia Masters will be the first of three events in Continental Europe, marking the start of the Iberian Swing.

After this week, the Tour will have in Portugal — the Portugal Masters at Dom Pedro Victoria Golf Club (Sept. 10-13) and the Open de Portugal at Royal Óbidos, held at Royal Óbidos Spa & Golf Resort (Sept. 17-20).

Last year Christian Bezuidenhout earned his first European Tour title with an emphatic six shot victory over a group of five players that included Jon Rahm and Mike Lorenzo Vera, but with Bezuidenhout absent in this week’s field, there will be a new champion.

Hojgaard will be playing for the first time in this event and he’s been the hottest player in Europe, fresh off his second win last week at the Belfry, beating Walters on the first hole of a playoff.

The 19-year-old emerged as the leader of the UK Swing Order of Merit and earned a spot in the U.S. Open at Winged Foot later this month.