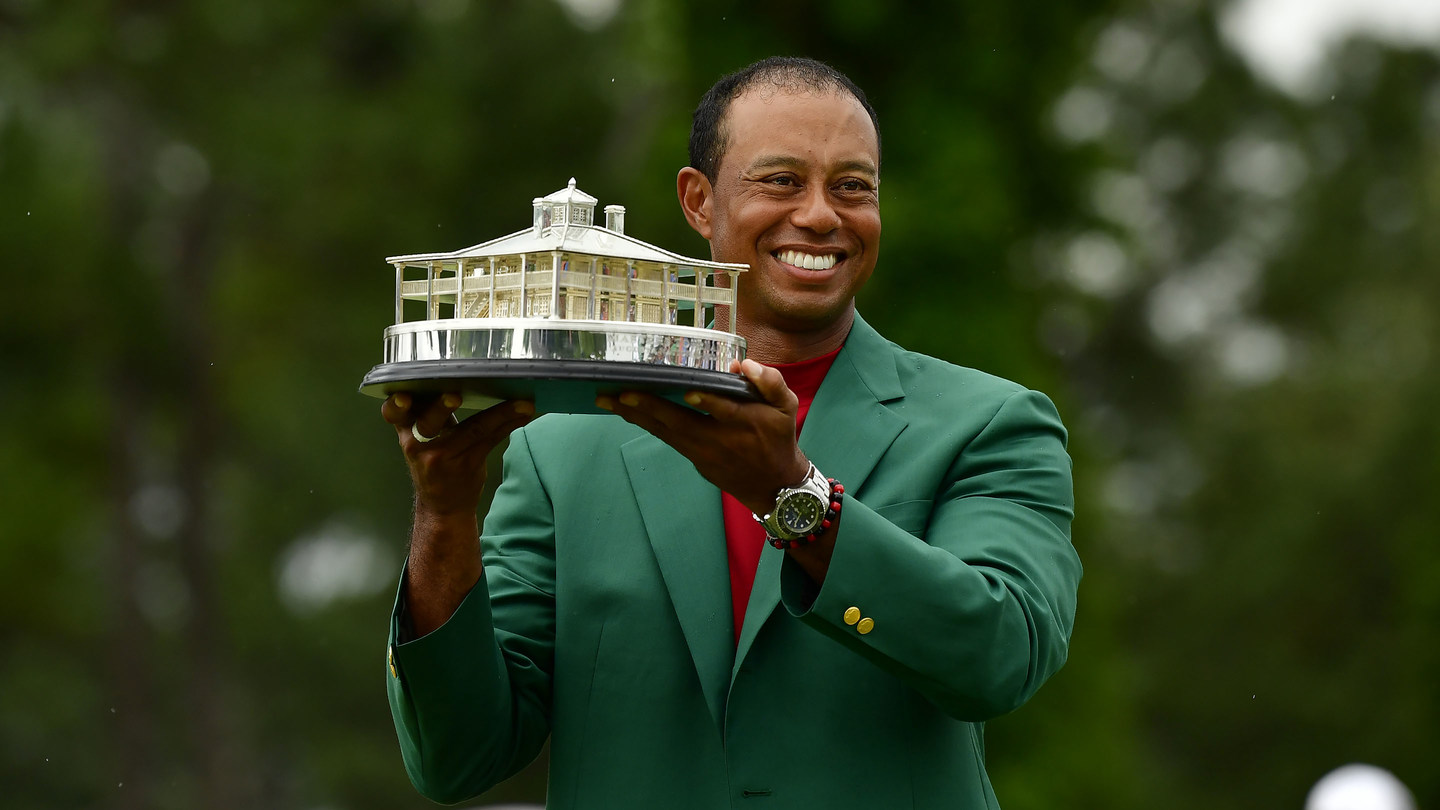 Tiger Woods won his fifth Green Jacket -- will he get a sixth?

Masters Aftermath: Tiger Woods Brings 18 Back Into The Picture

Law and order have been restored to the golf universe.

Wyatt Earp is back to put everyone in their proper place.

The stars and planets aligned perfectly on an overcast Sunday at the Augusta National Golf Club and the old maestro proved once again that he knows the course better than any of those young snot-nosed pretenders who tried to put up a fight over the final nine holes of The Masters.

The great Dan Jenkins once wrote:

“Some people have the mistaken impression that the Masters is all about golf. That’s wrong. The Masters is only about golf in Sunday’s final round when the leaders reach the tenth tee and the usual unruly things begging to happen on the last nine holes. Before this, for four or five days, the Masters is about socializing under the trees on the lush green veranda of the Augusta National Golf Club, eating country ham and peach cobbler in the simplistic but cozy clubhouse.”

Oh and how those unruly things unveiled over those final nine holes.

Tiger looked like he hurt himself with that bogey at 10 but if you can remember back far enough, Jack Nicklaus bogeyed the 12th on that fateful Sunday when he won at the ripe age of 46.

What Tiger did, as he described, was to simply plod his way around that final round, especially the back nine.  He hit another wayward drive at the 11th and managed to save himself from that predicament, once he got by that, you’d figure he’d be in decent shape, especially since he’s experienced and smart enough NOT to go for the sucker pin at 12.

With some tricky winds showing up.  Brooks Koepka, playing in front of Woods, went Jordan Spieth and drown his tee shot in Rae’s Creek.  Swift double but then had the bounce-back eagle at 13 and another birdie at 15.  No wonder Woods was concerned.  But he couldn’t convert nice birdie looks at 17 and 18.  Koepka often says he thinks about nothing when he’s playing and it’s obvious he wasn’t thinking on 12.  See pin, pull club, hit ball at pin.  Wrong strategy.  The back nine at Augusta is an exercise in thought, strategy and shot-making.  Figure out who has the best track record at those three disciplines and Woods is your man — not Koepka or Dustin Johnson or anyone else on that afternoon.

So now the conversation is back at that number — 18.  Some are mumbling about 19.

Jack Nicklaus watched the unruly things on the back nine and afterward, heartily congratulated Woods with a nice Tweet and gave this observation as well:

And that’s why the next two majors will draw, well, major attention.  They’re going to sneak up really fast.  The PGA is a short 29 days away.  The U.S. Open is just 24 days after the PGA.

If someone can get their game on a roll, anything’s possible.

As for 18 majors for Tiger Woods?

Well, he is Tiger-freaking Woods — isn’t he?