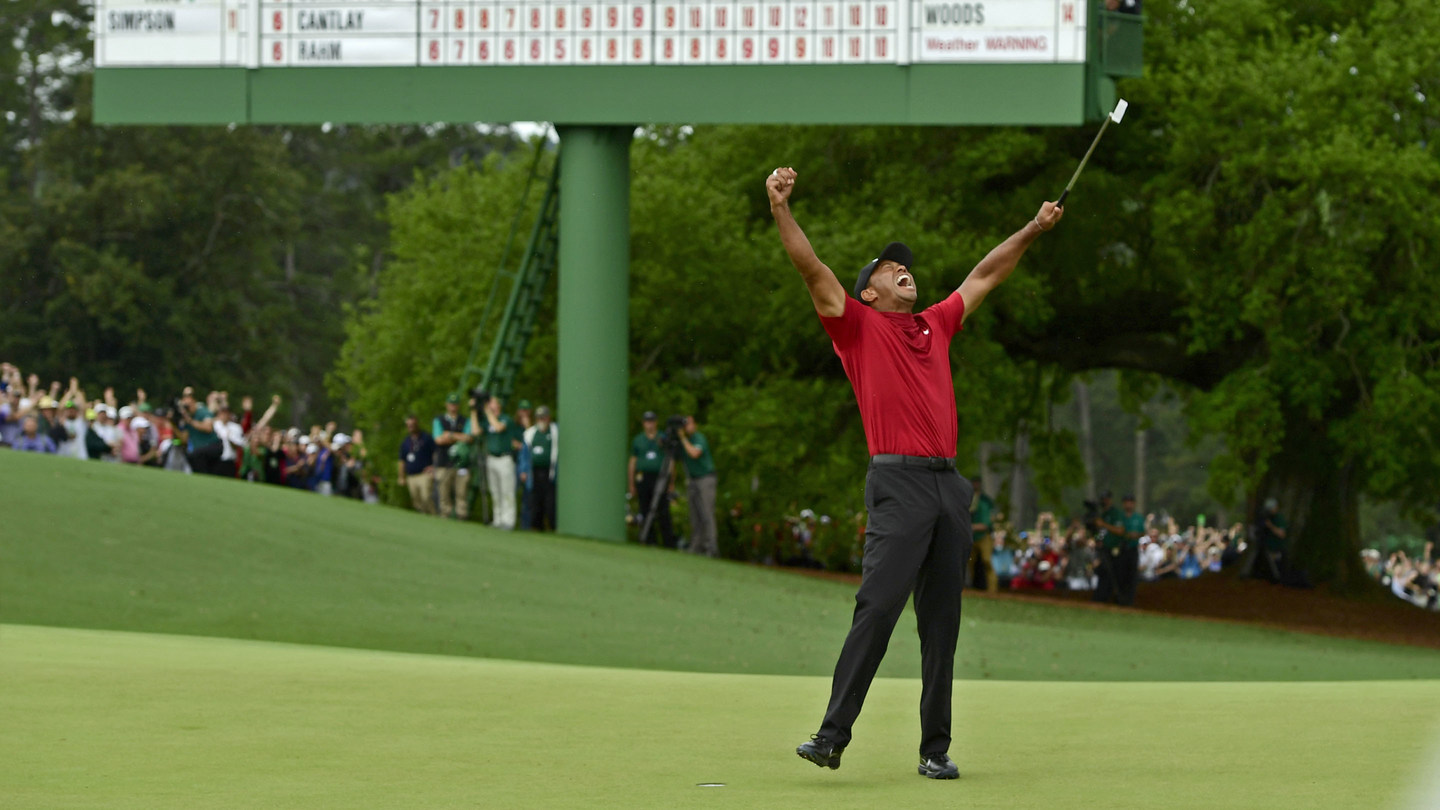 CBS celebrated it broadcast ratings along with Tiger, who had one heck of a celebration.

Always has but now the excitement is back.

Early church service then breakfast at The Masters — perfect.

It sure helped that this was Tiger Woods’ first come-from-behind win in a major –ever.  He’s never done that.

The program garnered a 7.7 rating and was up to 12.1 by the time things were getting testy down the final stretch.  Previous to that , the third round drew the highest afternoon ratings for golf in four years.

CBS was proud of the fact that it was the best morning golf ratings in 34 years but consider the only other morning golf broadcast is the Open Championship — so no big deal there.

Facts have always been that when Tiger is at his best, his game captivates everyone, and plenty of non-golfers in there. TV ratings are always higher when Woods is in contention, and that is magnified even more when he’s in contention during a major championship.

Sunday’s breakthrough victory took this all to another level.

Should be interesting to see where the PGA and U.S. Open ratings fall.