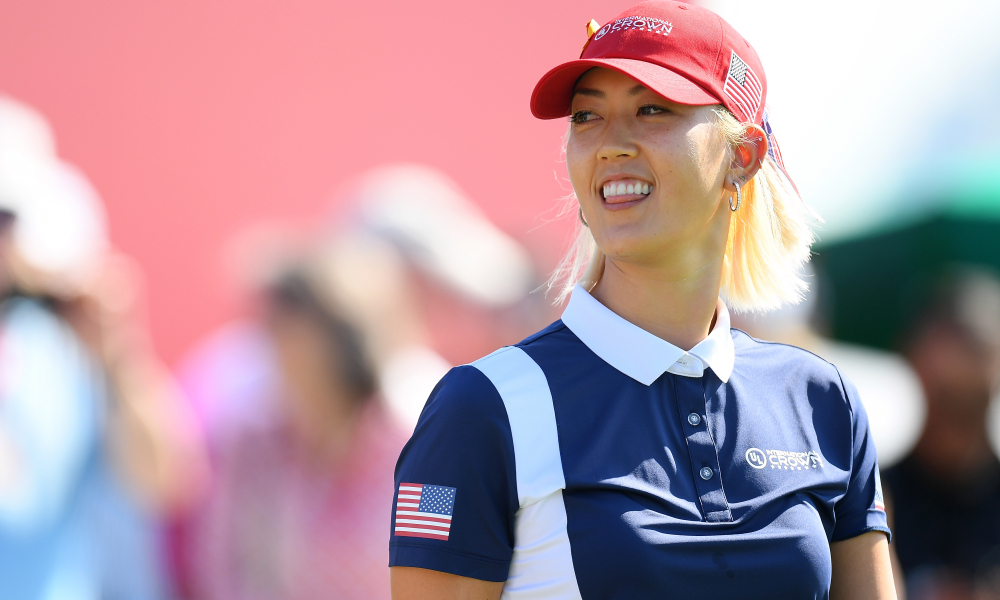 CBS Sports is giving Michelle Wie a look at a possible new career.

Looks like Michelle Wie is going to get a try-out of sorts for a possible new career.

Of course Wie has been plagued by injuries and now that she’s hit the big Three-Oh, her body continues to crumble from the effects of 25 years of beating golf balls.

CBS, in its ongoing search for some sort of magical combination to its golf team, has added Wie to the lineup.

Here’s how CBS put out her job description:

“Michelle Wie will contribute to CBS Sports’ multimedia golf coverage this season, including The Masters.”

So there you have it.  Not much meat to the announcement.  Sounds more like:  “Hey, Michelle, we’ll give you a shot, let’s see how you do with some not-so-demanding stuff and we’ll decide something after that.”

Of course the CBS power-mongers got everyone’s attention when they unceremoniously dumped Gary McCord and Peter Kostis recently.  Frank Nobilo will become their full-time analyst and they’re going to throw Trevor Immelman at us.  Immelman has done work on the Golf Channel with that annoying squeaky South African accent of his.  Dottie Pepper has become the lead foot-soldier, aka on-course reporter.

We’ll look forward to see what Wie brings to the table and how much exposure she’ll get.

Stay tuned for this.