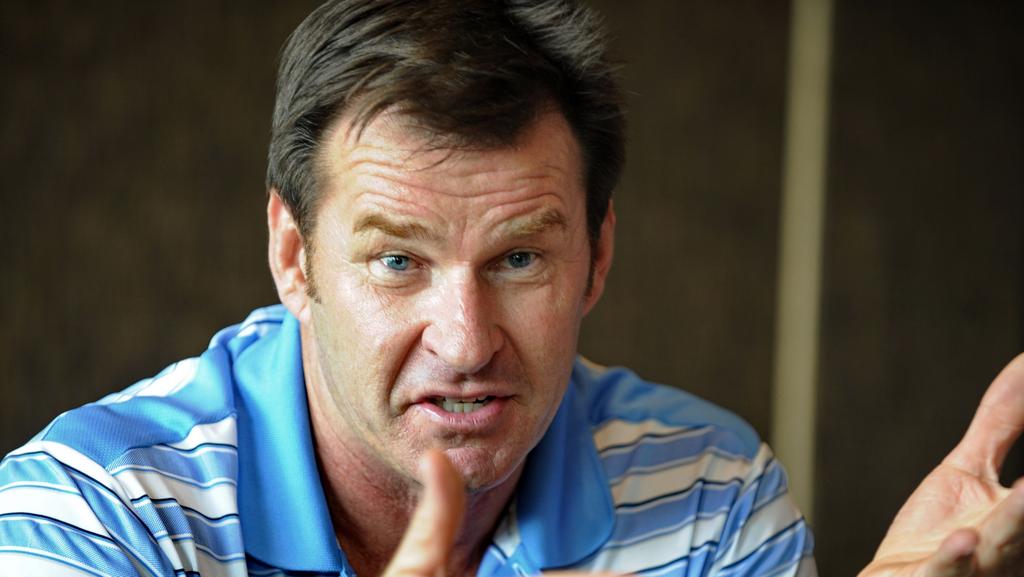 Major champions Nick Faldo, Ian Baker-Finch and Dottie Pepper along with Frank Nobilo, the golf broadcast stars of CBS Sports, were none too happy with Patrick Reed’s Saturday performance on the 10th hole at the Farmers Insurance Open.

Reed caused an uproar on social media and from many around the golf world when he basically declared he had a plugged ball left of the 10th green and picked the ball up without a fellow competitor there to observe, then called for a ruling after he had his golf ball in hand.

“We’re talking reputation.  I’d have another pair of eyeballs on it,” said Sir Nick Faldo, lead analyst for CBS and broadcast partner of Jim Nantz.  Faldo felt, at the least, Reed should have had one of his playing partners take a look at his lie before he picked the ball out of a very deep, thick lie in the rough well left of the green.

Former Open champion Baker-Finch concurred with Faldo.  “No way I would (pick up the ball).  You ask a fellow competitor (to have a look).  No way I would take it out.  The calls are official but questionable intent.”

Nobilo’s take:  “We did see the bounce.  If it’s a gray area, leave it alone,” Nobilo said, stating in no uncertain terms that Reed should not have pick up the ball when he did.

Dottie Pepper was quick with her take:  “We play the game (the ball) as we find it.  Use every resource, including a rules official BEFORE you touch it (the ball).”

At the beginning of the final round broadcast, perhaps it was Nantz who once again found the words to sum up the totality of yet another controversy created by Reed:

“There’s more in question that who’s going to win the tournament.”

Patrick Reed did win the tournament, easily, and once again, he let controversy roll off his back like water off a duck’s feathers.

As Nantz said, “It’s been discussed all over the world of golf.”

The PGA Tour’s jury (the officials) cleared Reed of any wrong-doing.

But once again, Reed, who used to be called Captain America, continues to go forward as Captain Controversy.