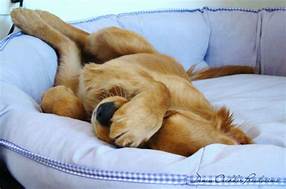 Oklahoma State Goes Down In A Stunner

Posted By: Tom Edringtonon: May 29, 2019In: In The DoghouseNo Comments

Oklahoma State was a huge, overwhelming favorite to win the NCAA Division 1 golf championship this week in Arkansas.

OSU Matthew Wolff ran away with individual honors on Monday and declared afterward:

“We are trying to be the best college golf team that has ever lived.”

Pretty reasonable considering that after the stroke-play qualifying rounds to identify the eight best teams, OSU was 31 shots better than the next-best team.

On Tuesday, in the semi-final round, it all went to hell in a hand-basket for the top-ranked Cowboys.

They took on fifth-seeded Texas in the match play,as the undisputed favorites. Not only were they the defending national champions but they had won six times this season, including the Big 12 Championship and NCAA Louisville Regional.

With the individual matches tied a 2-each, OSU senior Zach Bauchou was duking it out with Texas senior Steve Chervony in the anchor match.  Chervony made a spectacular birdie at the 18th hole, draining a 20-footer for birdie to send the match into a playoff.

Didn’t take long.  One the first playoff hole,  Bauchou saw a four-footer for par take a 360-lip-out and OSU dream season was over.

It was an upset of Biblical proportions.

For their collapse in the clutch, including a crushing loss by Wolff to Texas star freshman Cole Hammer, the OSU team has voluntarily entered the Dog House.