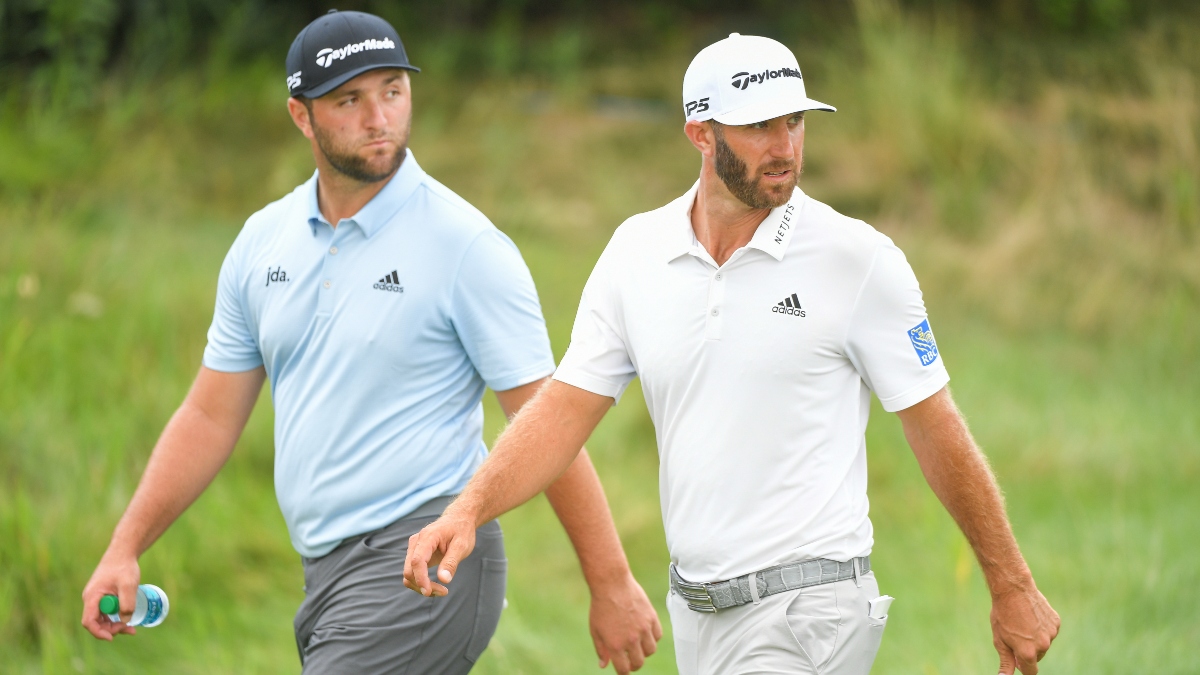 Dustin Johnson and Jon Rahm will have a huge advantage at East Lake.

PGA Tour And It’s “Amateur Dilemma” — What If The Lowest Score Doesn’t Win At Tour Championship?

So now the Tour Championship is upon us — the Grand Finale to the PGA Tour season.  It’s so very difficult for golf purists to even consider this a “real” professional tournament.

One of the first things you realize when you take up this game is that there are amateurs and there are professionals.  The best of the best “professionals” make it to the PGA Tour.  Pretty simple concept.

As for us amateurs — there is “serious” amateur competition and that would be high profile events like the U.S. Amateur, state amateur championships and other assorted “scratch” amateur events where, like the pros, you play and low score wins.

Then there are your basic “fun” amateur events where Ye Olde Handicap System comes into play.  Total fodder for those dreaded individuals who, over the years, have been hit with the moniker — Sandbaggers.  Sandbaggers are guys who might carry a 10-handicap but it only serves to disguise a five-handicap player who has the overwhelming need to win.

Which brings us to this week’s Tour Championship, which is simply a vehicle for the distribution of a whole lot of money.  Witness the fact that this week’s “winner” will leave next Monday with $15 million added to their financial statement.

One would think with that kind of serious Mullah being forked out, then you’d want a damn serious golf tournament.

But how “serious” can it be when you’re giving a stud like Dustin Johnson 10 shots?  But wait, it’s not that big of an advantage you see because The Sheriff Of Nottingham (aka Tour Commish Jay Monahan) has given the nod to grant Jon Rahm a score of eight-under par before he even hits the practice range at East Lake.  That’s a darn serious advantage considering that D.J. is the No. 1 player in the world and that Rahmbo is No. 2.  In what parallel universe do the best players in any sport get such an advantage?

Does the NFL give the No. 1 seed in its playoffs a 7-0 advantage before the kickoff?

Yes, therein lies the East Lake Dilemma.  Last year Rory McIlroy got the Tour off the hook by actually winning the Tour Championship by shooting the lowest score.  Rory shot 13-under and with his “five handicap” he posted 18-under and won it all.  Ten shots weren’t enough for Justin Thomas, who floundered around, shot three-under but still finished 13-under his his “10 handicap.”

But what’s the perception if the lowest gross score doesn’t win?

You can’t fool the bean counters who tally the Official World Golf Rankings.  They see right through the charade and don’t pass out points when guys are getting “strokes.”

What you have at East Lake when play begins on Friday (so they can finish on Monday, Labor Day) is an overwhelming advantage for D.J. (10 shots!), Rahmbo (8 shots), J.T. (7 shots), Webb Simpson (6 shots) and PGA champ Collin Morikawa (5 shots).  That a heck of an advantage when you consider D.J., Rahmbo and J.T. are numbers one, two and three in those world rankings.

Perhaps the PGA Tour is simply trying to mimic life because as we age and make our way through this life, we come to realize that so very often, life itself “isn’t fair.”  Good news is that anyone can overcome that “isn’t fair” part if they are in the right place at the right times and apply themselves appropriately.

So yes, perhaps this Tour Championship isn’t fair but then again, last year The Sheriff and his Sinister Band Of Henchmen got lucky because Rory went out and won it all by shooting the lowest score, strokes be damned.

You wonder if they’ll be that lucky this go-round?

Editor’s Note:  Next up, we’ll come up with our own formula for the Tour Championship that would make it so much more exciting.