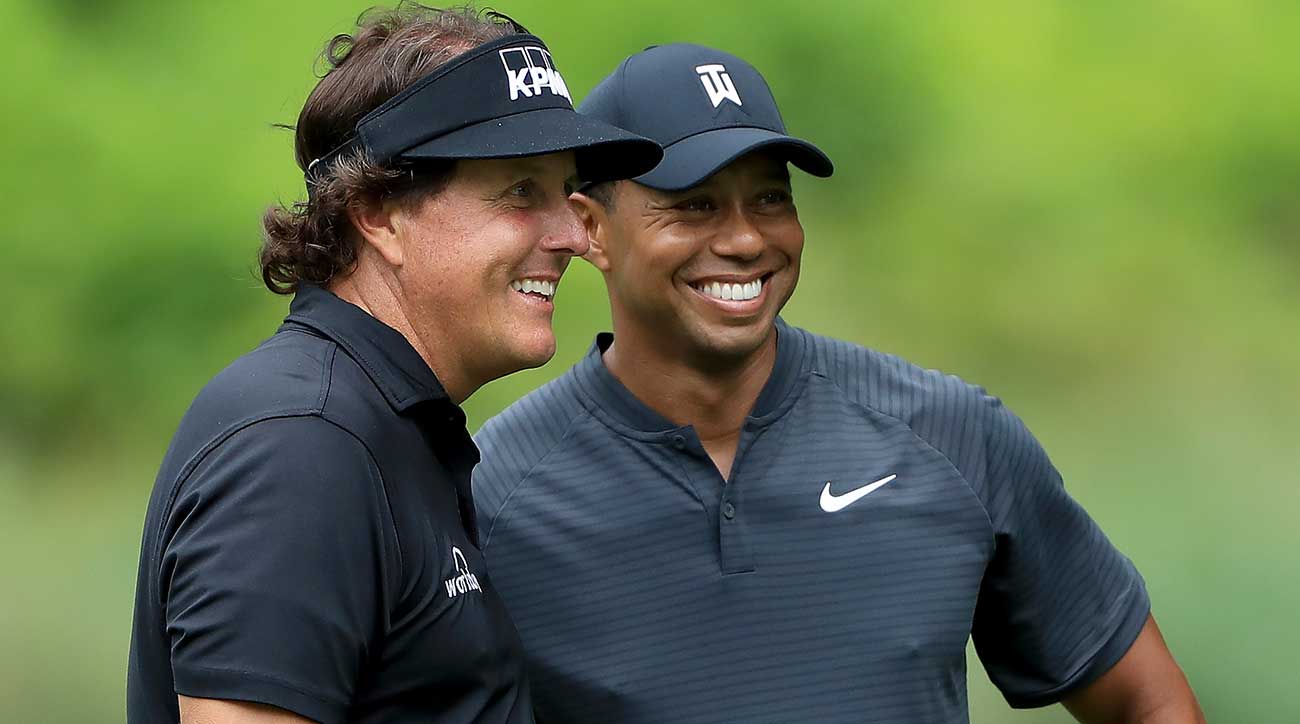 Tiger and Phil had to get approval from the PGA Tour for their rematch.

Posted By: Tom Edringtonon: May 04, 2020In: PGA Tour NewsNo Comments

The PGA Tour, not wanting to be the world’s biggest villain, said it’s okay for Tiger Woods and Phil Mickelson to meet once again.

Woods and Mickelson will stage the sequel to their Las Vegas showdown back in 2018 but this time they’re bringing some pals.

The match, which will raise funds to benefit the battle against the Corona Virus pandemic, is expected to be announced any day now by Turner Sports.  The match will likely be played at The Medalist Golf Club in Hobe Sound, the club co-founded by Greg Norman and Tiger’s facility of choice for playing and practicing when he’s not competing on the PGA Tour.

Both players were required to get a hall pass from The Sheriff of Nottingham (aka tour commish Jay Monahan) to compete in this non-sanctioned event.

This go-round will have some added flavor with six-time Super Bowl champion Tom Brady, now a Tampa Bay Buccaneer, teaming with Mickelson while retired QB great Peyton Manning will play alongside Woods.

With no sports action, the bookmakers are drooling over a chance to get in on the action.

Woods and Manning are considered the betting favorites (-200) over Mickelson and Brady (+160), according to SportsBetting.ag. That’s not surprising because Manning and Woods have played d together four times before at Wednesday Pro-Am events for Jack Nicklaus’  Memorial Tournament.  They played in 2005, 2009, 2018 and 2019 at Muirfield Village.

The over/under for the number of commercials featuring Manning that will air during the match has been set at 1.5. Manning (-175) is also considered more likely than Brady (+135) to finish with the most birdies.

Rory And D.J. Take On Rickie And Matt Wolff At Seminole — Live On Televison, May 17:

The four will meet in a team skins game on May 17 that will be aired live from 2-6 p.m. on NBC.  The site will be the ultra-exclusive Seminole Golf Club in Juno Beach,Florida.

“It’s been difficult to witness what so many are enduring over the last several weeks due to the COVID-19 pandemic,” McIlory said in a statement. “I hope that we can provide some respite and entertainment for those tuning in across the globe. Dustin and I will have a lot of fun together and our games will fit well as we push to raise funds and awareness on May 17.”

Officials intend to follow CDC social distancing guidelines and will utilize appropriate testing measures to help protect the health and safety of the golfers, production crew and others on site. No fans will be allowed on site.