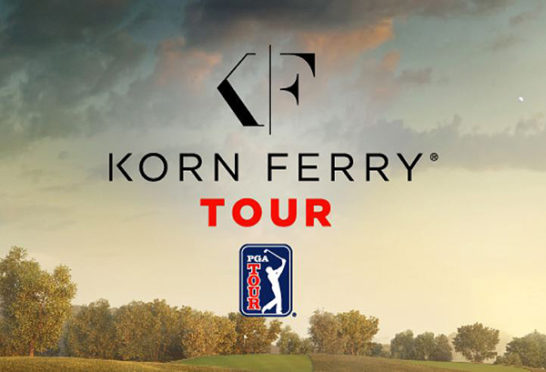 There is bad news on the way for the guys currently residing on the Korn Ferry Tour.

The PGA Tour is coming out with some bad news for the up-and-comers on the Korn Ferry Tour.

There was news leaking out of Ponte Vedra on Thursday.  It appears that an announcement is in the works that the primary path to membership on the PGA Tour will be paused for a year because of the Corona Virus pandemic and the havoc it has created for professional golf.

There were back alley whispers hinting at a  new eligibility plan.  Guys outside the top 125 won’t get booted from the PGA Tour and only limited promotions from the Korn Ferry Tour will be allowed.

The plan, which will be sent to players this week, calls for the Korn Ferry Tour schedule to roll into next season’s lineup.  Only the top 10 players from the Korn Ferry will receive limited status on the PGA Tour for the 2020-21 season.  Sadly, those guys will most likely be sentenced to playing in those opposite-field and low-profile events.

The tour will now allow Tour players who fail to finish inside the top 125 in this season’s FedExCup points race to keep their status. Normally those players would lose their Tour status but a new category will give them another year of eligibility.

The tour will also ditch the Korn Ferry Tour Q-School this year.

It’s evident the Tour is trying to take care of its players who don’t get in a full season.

The Korn Ferry Tour played its last event on March 1 and the current plan would be to restart the season June 11 at a to-be-named event at the Dye Valley course at TPC Sawgrass. If that schedule holds, the circuit would play 17 events in 2020. Those events will now fold into next year’s schedule.

This is good news for the under-achievers on the PGA Tour, bad news for the guys who have and will play well when the Korn Ferry season resumes.

Editor’s Note:  The Tour confirmed late Thursday that indeed, that’s the plan.   The Tour still plans to hold a three-tournament postseason with standard field sizes (125 players for The Northern Trust, 70 for the BMW Championship and 30 for the Tour Championship). But the points that will be awarded during the playoffs have been reduced to three times the amount (1,500 for a victory) awarded at regular events, instead of four times.

In addition, a new plan was announced to open the field at the Sentry Tournament of Champions to any player who qualifies for the Tour Championship. Eligibility for the year-opening event had been limited to tournament winners from the previous season.