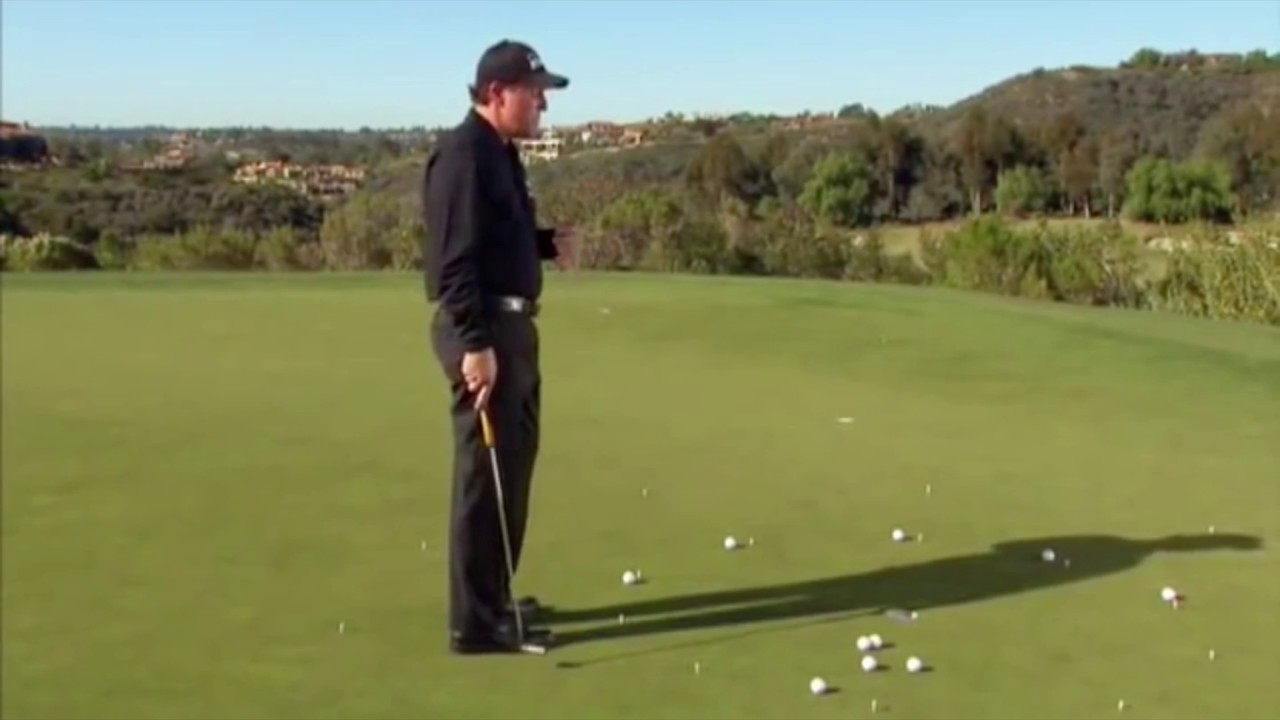 Phil Mickelson's circle drill will make you a better putter.

Posted By: Tom Edringtonon: December 26, 2019In: The Lesson TeeNo Comments

Today we’ll bring in Phil Mickelson to teach us his Circle Drill.  Phil explains its importance and wants everyone to strive to be “infallible” from three-feet.

Peltz spent a lot of years researching short game info on the PGA Tour.  From that he wrote The Dave Peltz Short Game Bible.  It’s “Must” reading if you’re serious about improving your golf game.

Players on the PGA Tour make just about every putt from two-feet and under.  They start to miss at three feet, they’re 50-50 from five feet and make one out of three from 10 feet.  That led Peltz to call the eight-foot difference between two feet and 10 feet “The Golden Eight.”

Today, we’re going to let Phil go into detail on his favorite drill, the one that give him great confidence from three feet.  It’s called the “Circle Drill.”  He starts at three-feet, places balls around the hole in a circle, mimicking the face of a clock.  He them works his way around the circle.

Here’s Lefty in action, showing us how he does it.

You don’t have to go for the 100-in-a-row like Lefty,  but if you log some serious time with this drill,  you’ll shave strokes off your score.