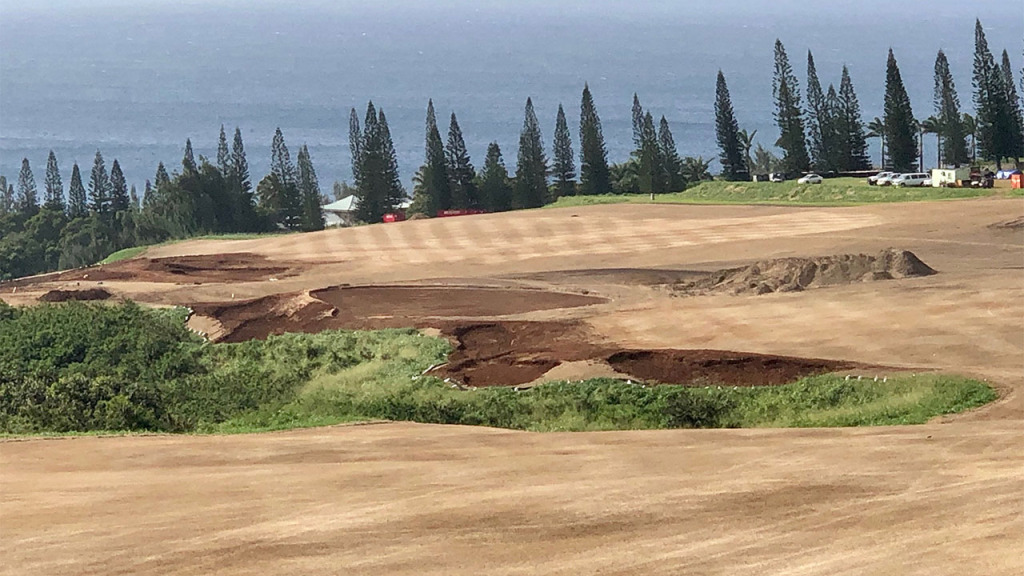 The entire Plantation course was regressed and extensively renovated.

Plantation Course Back After $12.5 Million Facelift

As soon as the final putt was holed by Xander Schauffele at last year’s Tournament Of Champions, the Plantation Course at Kapalua was shut down.

A major renovation process was set to begin — to the tune of $12.5 million.

This was one of the first major projects by the design team of Ben Crenshaw and Bill Coore and over the years, the layout was getting a bit tired.  Scoring came too easily, or so it seemed.  Winning scores were well into the 20-under par range.

Crenshaw doesn’t use the word “renovation.”  Ben called it a “refinement.”

Renovation or refinement, it was expensive.  The course was re-grassed tee to green in a proven durable strain of Bermuda called Celebration and given an end-to-end makeover.

Dustin Johnson was the first player to test it,  he was on site the day after Christmas.

“I like it a lot,” D.J. said after he played his practice  round.  “It’s definitely harder. It’s a lot more difficult.”

NBC commentator Mark Rolfing lives in Hawaii and kept an eye on the work that went on.

“I think the course has gotten its life back, gotten its energy back,” Rolfing said. “We’ve created a number of new shot values. I think we’re still going to have some great scoring out there, but they’re going to have to work harder to get it. I think it’s a better golf course. The work done was really spectacular.”

So was that price tag of $12 million-plus.

Transporting construction materials from the big island of Oahu to Kapalua was a big ticket.  They hauled in more than 33,000 tons of sand, most of it was used to create new bases for the greens complexes.

Will it play more difficult?  We’ll find out when the first round begins on Thursday, Jan. 2.