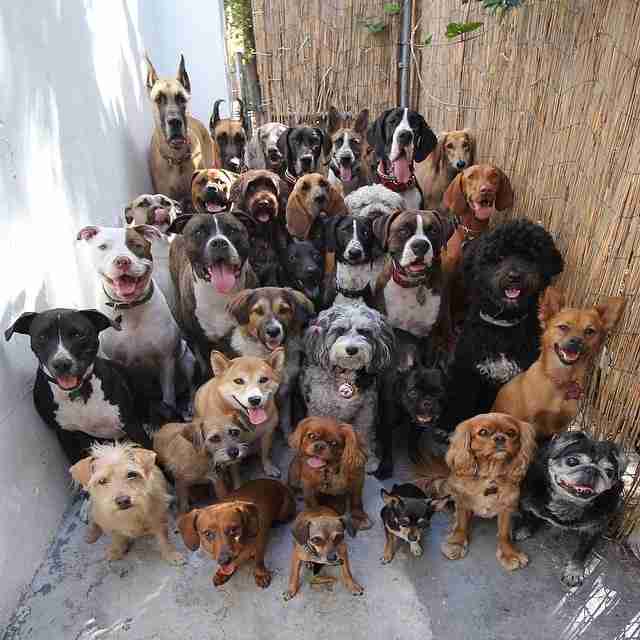 Posted By: Tom Edringtonon: March 08, 2021In: In The Doghouse2 Comments

Things are about to get REALLY CROWDED in the DogLegNews Dog House.

We’re going to have to throw some air mattresses on the floor because it’s going to be a full house.

So let’s get right to it.

Robert Gamez won the 1990 Arnold Palmer Invitational when it was called the Nestle Invitational as a rookie and manages to wrangle invites as a past champion.  Sadly, his game is so far past its prime he should have probably said “no thanks” this time.  Gamez shot 79 on Thursday at Bay Hill then on Friday he shot 92.  Okay, so he shot 92.  So what does he do? Gamez doesn’t sign his scorecard and gets a WD next to his name.  Take your medicine Robert.  You can explain to the dogs, because you’re at the top of the list..

Next we have the Saturday first tee announcer at Bay Hill.  The guy must have got tongue-tied because he introduced Rickie Fowler as “Rickie Flower.”  Seriously?  Rickie FLOWER?  Look pal, Rickie’s having a tough time as it is without someone botching up his name.  Is “Fowler” really that hard to pronounce?

Next we have Justin Rose.  Rose was paired with Jordan Spieth on Saturday and watched Jordy start birdie-hole-in-one for the first two holes.  Jordy then washed his tee shot in the water left of the third hole and Rose followed him.  Jordy hit his second on the green and holed a 32-footer for par.  Whereas Mr. Rose dumped an entire sleeve of balls in the drink and walked off the green with a big, fat NINE on his scorecard.  Then in true Rodney Dangerfield Animal House manner, suddenly developed a bad back, withdrew from the tournament and left Spieth to play the last 15 holes by himself.  That’s the first time that has happened to Spieth in his nine years on tour.

One final guest for the Dog House — Matthew Wolff.  Wolff got roughed up and withdrew from the WGC-Workday two weeks ago.  Withdrew?  Somebody forgot to tell little Wolff-Wolff that it’s a no-cut event and last place pays 32 grand.  Evidently that didn’t matter to Wolff.

So as you can see, it’s a big crowd this week.  Don’t be shocked if we have some new visitors after The Players.