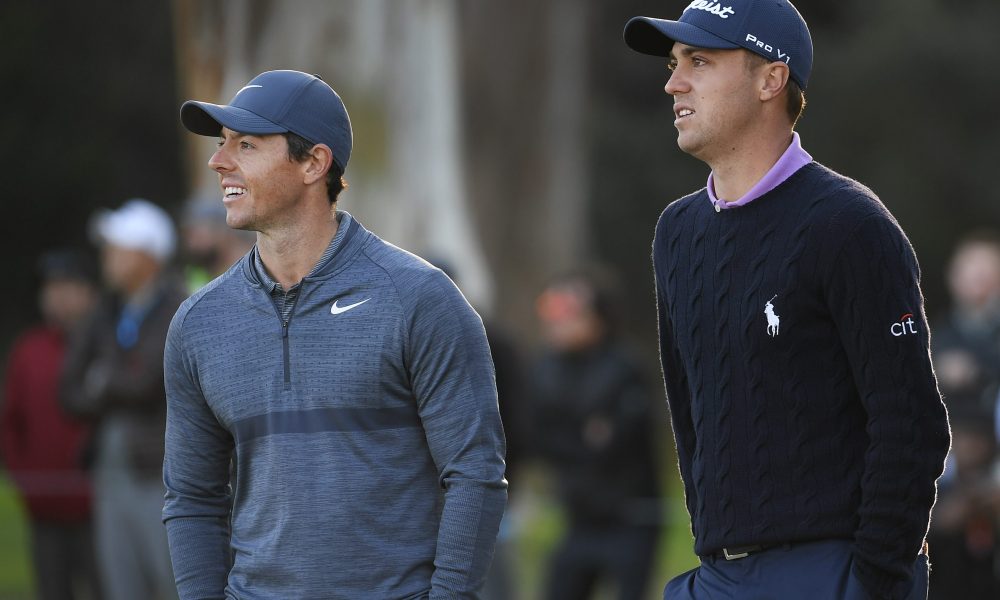 Rory McIlroy and Justin Thomas aren't in the best of form with the U.S. Open coming next week.

Rory And J.T. Desperate For A Canadian Bounce-Back?

The last thing any player, big-name or small-name wants is to head into a major flat as your old proverbial pancake.

With that in mind, two big-name players are under the microscope at this week’s Canadian Open.

Rory McIlroy would have had to play better at The Memorial to be considered flatter than the old pancake.  Rory shot 75-71 and was down the road, or up the road in his case as he could fly to Canada early and maybe do some sightseeing.

For McIlroy, it was accuracy off the tee that took him down at Jack’s Place.  You couldn’t play Muirfield Village from the rough and shoot any kind of meaningful score.  As a result, McIlroy was two-over and done.

Same old song for Rory.  Drives that can travel past 350 yards and wedges that can’t find their way inside 20 feet.  What sealed Rory’s fate on Saturday was a missed three footer at the 16th.  Yeah, those short putts are no gimmies for McIlroy.

After a lackluster performance at The Masters, Rory shot 69-69 over the weekend at the PGA and got into the top 10.  So it’s not all crab-grass and thorns for the world’s fourth-ranked player.  But he’s in need of more accuracy off the tee this week at the Hamilton Golf and Country Club if he wants to make any noise at Pebble Beach.

As for Thomas, there are still major questions regarding that wrist injury.  After a T12 at The Masters, he didn’t tee it up again until last week.  After a first round 71, it looked like J.T. might do pretty well despite the layoff but on Friday, he soared to a snowman — 80.  Nothing went right and now he has this week to proves two things:  1.  His wrist is okay.  2.  His game is.

Big week for both Rory and J.T.

You don’t want to be searching for your “A” game when you arrive at the U.S. Open.

You need to bring it with you.