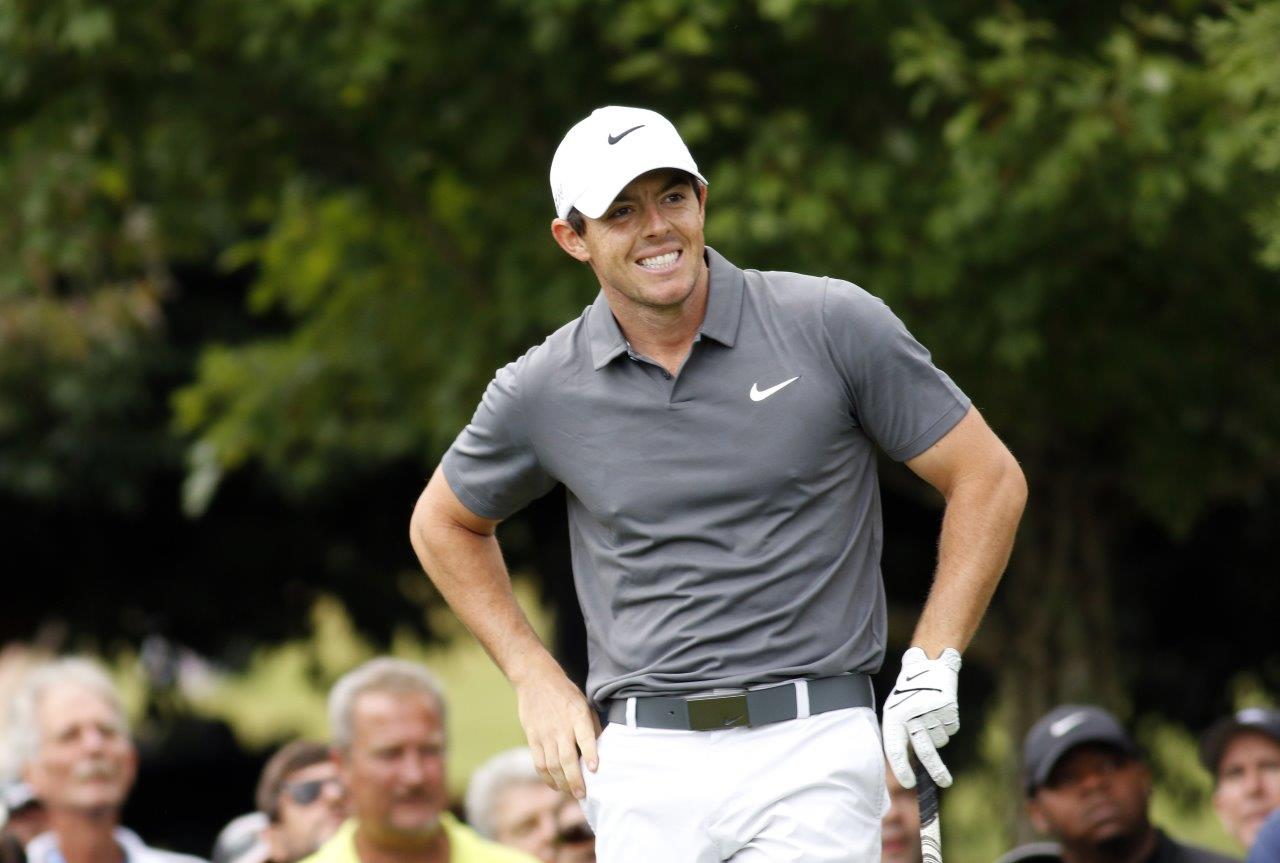 Rory McIlroy is the big fish in the small Frys.com pond this week. --AP Images

“It’s motivating to see what these guys are doing.”

A few months ago the organizers and sponsors of the Frys.com Open were all giddy when Tiger Woods said he’d show up and play.

Little did they know, little did Woods know that that biting in his back would require microfracture surgery.

No Tiger at the Frys.com, no problem.

Rory McIlroy is now riding to the rescue and will tee it up when this Fall Series PGA Tour event begins on Thursday at the Silverado Country Club in the Napa wine country out there in California.

But don’t think for a moment that young Rory is showing up because he’s a connoisseur of fine wines. The lad from Northern Ireland is more of a Guiness kinda guy. He is, however, on a mission to catch up to Jordan Spieth and Jason Day.

It is Spieth and Day who stole most of the thunder from the 2015 tour season. The two stars won three of the four majors and Rory was in the dumps when he couldn’t defend at the Open Championship at St. Andrews thanks to his little soccer incident that damaged his left ankle.

“You want to work harder, hit more balls and try to keep getting better,” McIlroy told the BBC earlier this summer after watching Spieth and Day dominate the tour. “It has definitely given me that sense of hunger again.”

That’s hunger as in hungry for victories.

McIlroy is the man they’ll turn out to see this week. He’s the big fish in what is otherwise a small pond. He’s at this event because it’s the deal he made with the PGA Tour that let him play in Turkey a few years back when it ran the same week as the Frys. McIlroy probably made a bigger appearance fee there than he would have made for winning the Frys.

Nonetheless, who else is showing up this week to challenge McIlroy? There’s Justin Rose, Hideki Matsuyama, Brooks Koepka, PGA Tour Rookie of the Year Daniel Berg and Justin Thomas, the man he beat out for ROY honors.

None of those players are as good as McIlroy — Rose, perhaps, when he’s clicking on all cylinders.

You have to wonder how much gas is in Matsuyama’s tank after a long four days at the Presidents Cup?

Koepka has been over playing in Europe and finished second two weeks ago at the Dunhill Links in Scotland. He has to be a solid favorite and a player to watch.

Other than those names, you’re gonna have a bunch of guys who just earned their cards from the Web.com Tour, both regular season recipients and the 25 who got in by their work at the Web.com playoffs which have basically replaced the old tried and true PGA Tour Qualifying School.

They’ll all be hoping to out-play McIlroy.

Just when you might have thought the PGA Tour season was over after the playoffs, well, it’s cranking back up again this week.

It never ends, does it?