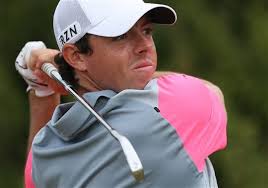 Rory McIlroy is the points leader in the Race to Dubai.

Rory McIlroy: Can He Find His Lost Putting Stroke And Win The Race To Dubai?

The Race to Dubai is a big deal on the European Tour.

It is their equivalent of the FedEx Cup, a year-long competition to identify the best player.

Going into the WGC HSBC Championship in Shanghai this week, Rory McIlroy is the man to beat. He has the lead over Danny Willett, Shane Lowry, Louis Oosthuizen, Justin Rose and Branden Grace, in that order.

Rory’s done it even though he missed a prime part of the season, starting with the Open Championship. It was all thanks to an ankle injury in the now-infamous pick-up soccer game with his buddies.

McIlroy has exactly three events left, including this week, to take the title. The amazing part is, he’s doing with with a very, very balky putter. He made virtually nothing last week and still finished in a tie for sixth at the Turkish Airlines Classic but now he will need to pick up the pace.

After this week, he has just two events — the BMW Masters and DP World Tour Championship. The DP is the grand finale and it is where the others can catch and pass him, much like the PGA Tour’s Tour Championship.

This event in Shanghai will be his seventh start since the ankle injury. He’s been nothing less than solid at the Sheshan International Golf Club. His worst showing there was a tie for sixth.

McIlroy’s biggest challenger in the Race to Dubai could be his good friend Shane Lowry. Lowry won the last WGC event, the Bridgestone and he’ll try and become only the second player to win back-to-back WGC events. Tiger Woods was the first.

“To win one WGC event was special enough,” Lowry said. “To win another would be incredible.”