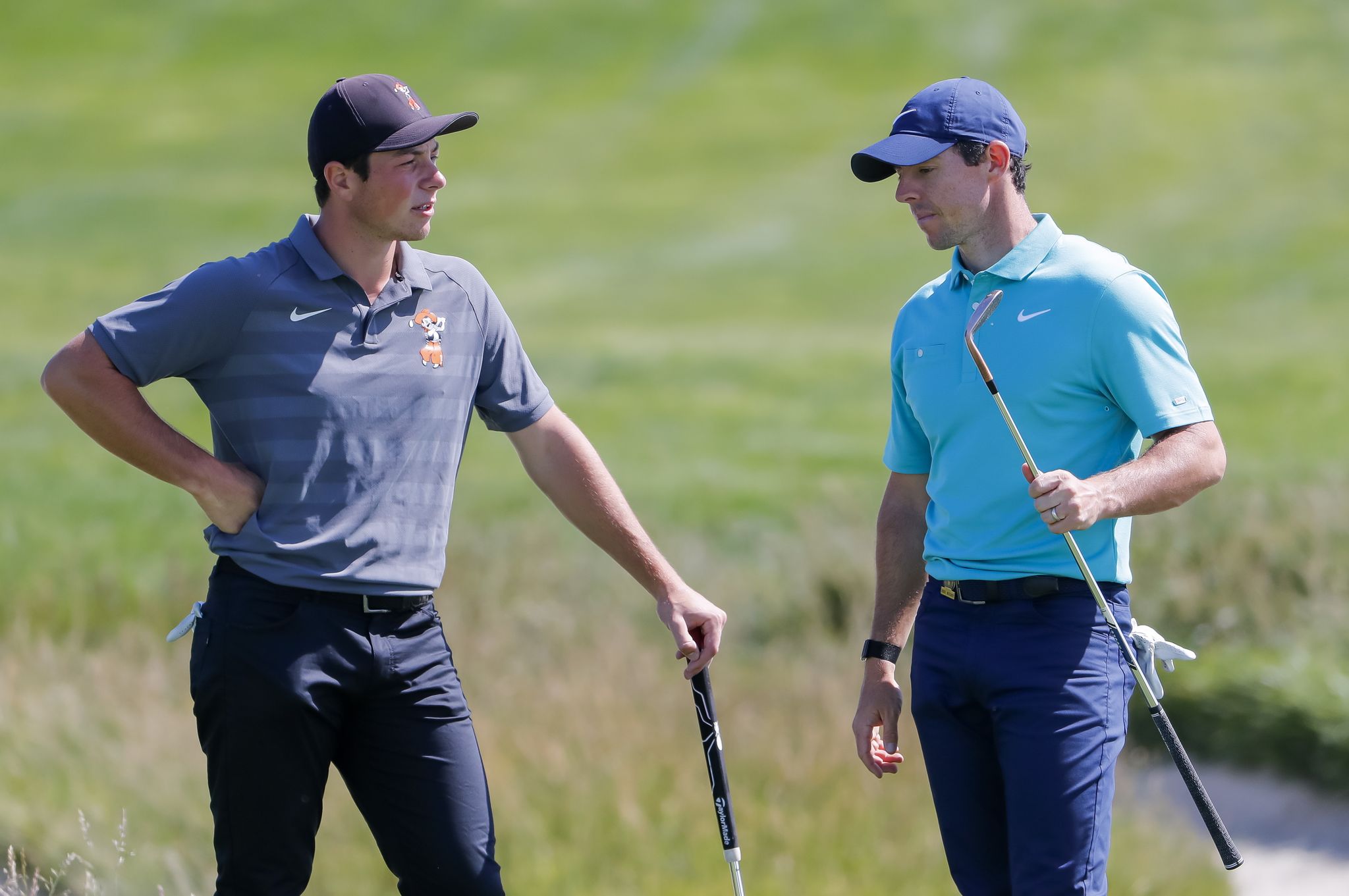 World No. 2 Rory McIlroy and No. 10 Viktor Hovland head the Italian Open field.

McIlroy, the new world’s No. 2, headlines the field this week at the Italian Open and his fellow European Ryder Cupper — world No. 10 Viktor Hovland — joins Rory to get a sneak-peek at the site for next year’s Ryder Cup matches — the Marco Simone Golf Club.

Rory and Viktor aren’t the only European Ryder Cuppers on site this week.  U.S. Open champ Matt Fitzpatrick is playing and European captain Luke Donald is in the field and no doubt he’ll be keeping an eye on the scoreboard with added interest.

McIlroy made a strong showing last week at the BMW PGA Championship at Wentworth.  He found himself two shots behind Shane Lowry standing on the 72nd tee.  McIlroy reached the green in two and left himself a nice look at what would have been the tying eagle.  He was staring at a 16-footer.  It was heading toward the hole before finally coming to rest on the edge of the cup, about a quarter turn short of falling in for the tie.

McIlroy still leads the DP World Tour in the overall points race.  “It’s the first time I have played in Italy, and I’ve heard the Italian fans are very passionate, so I’m excited to get out there and experience a new challenge,” McIlroy said earlier in the week.

He’s paired the first two rounds with home country hero Francesco Molinari and defending champion Nicolai Hojgaard.  Molinari and Hojgaard are among three sets of brothers in the field this week.  Molinari’s brother Edoardo is playing as is Nicolai’s twin brother, Rasmus.  Fitzpatrick and his brother Alex make up the third set of brothers in the field.  Alex made his professional debut earlier this year at the Irish Open.

Nicolai made some European history here last year, winning his first DP World Tour title. That win came a week after twin brother Rasmus had won his third title at the Omega European Masters in Switzerland, Nicolai secured his first victory with a birdie at the 18th to finish one shot ahead of Tommy Fleetwood and Adrian Meronk. The win saw the Højgaards become the first brothers to win back-to-back events on Tour. Nicolai, who was the last player to receive an invitation to the event, revealed Rasmus’ successes had spurred him on to make his breakthrough, with the pair able to celebrate together on the 18th green.

As for the course itself, Marco Simone is hosting the event for the second time and it has undergone improvements in preparation for the Ryder Cup in 2023.

This event marks one of the longest running championships in Europe.  The first Italian national open was played in 1925.  Only five Italians have claimed the title in all those year and Francesco Molinari is the only Italian to have won twice since it became part of the DP World Tour in 1972.

“There are so many reasons to be excited for the Italian Open,” said Molinari. “It is a tournament that I love and have had success at in the past, that is something everyone knows, but for myself and the other Italian players, we want to showcase Marco Simone and everything Rome has to offer.”