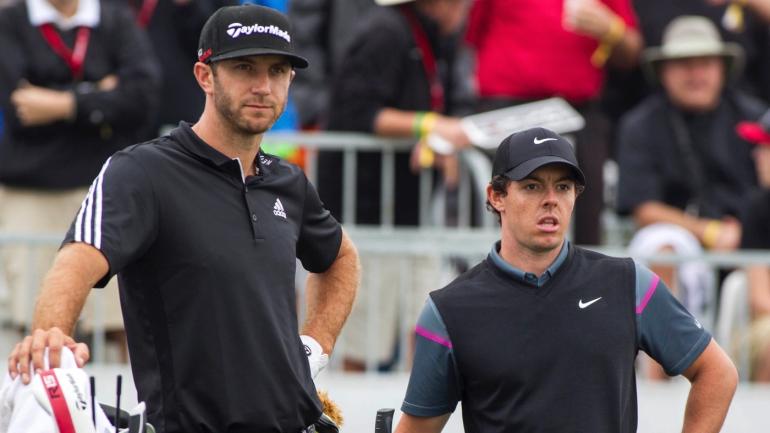 No. 2 Rory McIlroy has joined No. 1 Dustin Johnson on the TaylorMade staff.

TaylorMade now has the top three players in the world of golf playing its equipment.

Then more TaylorMade news came on Wednesday when the company announced a pending sale to KPS Capital Partners, a private equity firm out of New York City.  Contract price was rumored to be in the neighborhood of $425 million.  The sale is expected to close late this year.

TaylorMade and Rory McIlroy announced their marriage, at least as far as equipment goes, on Tuesday at the Players Championship, a good stage to make any kind of announcement.

No one was talking numbers because Rory didn’t come cheap, obviously.  In April, McIlroy signed an extension of his original Nike contract that will pay him and estimated $100 million over the next 10 years.

And that’s just to wear Nike clothing, now that the giant is out of the equipment business.

McIlroy has now chosen to play the M2 driver and fairway woods and is playing with a set of prototype irons.  For now, he’s using the Spider model putter but that may not be permanent.  McIlroy’s putting is the only questionable part of his game.

As far as the ball, McIlroy will play the TaylorMade TP5X, calling it:  “The best ball I’ve hit in, well — ever.”

McIlroy added:  “That’s why I feel this is the best way forward.”

TaylorMade now boasts the top three players in the world:  No. 1 Dustin Johnson, No. 2 McIlroy and No. 3 Jason Day.

It also has a guy named Tiger Woods who is on injured reserve but still has TaylorMade stuff sitting somewhere in his Jupiter mansion.

The company’s for sale.  The new buyer can rub elbows with those guys.

Bad news is no one’s making any offers.