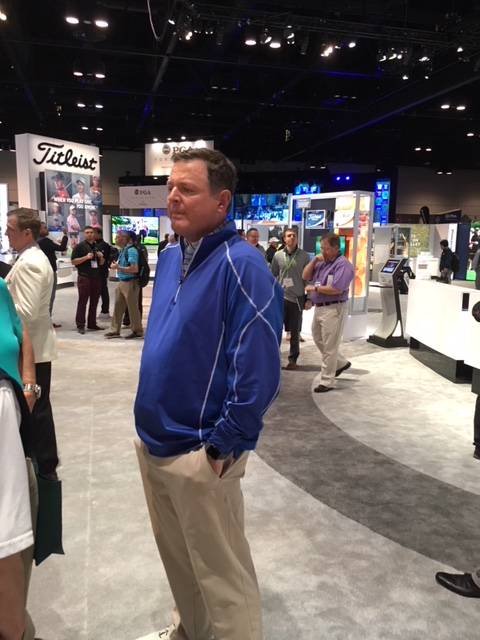 Charlie Rymer hasn't played in a tour event since 2007.

Charlie Rymer found his true calling in the world of golf.

It wasn’t as a player.

Rymer has become a popular face on The Golf Channel, bringing humor and personality to the Morning Drive daily program.

Now Charlie is trying to be a player once again.

Rymer, who hasn’t played in a tour event since 2007, will be making his Champions Tour debut this Friday at Broken Sound in Boca Raton at the Boca Raton Championship.

Charlie’s been in training for this.  He’s lost a bunch of weight, was hanging around the Titleist compound at the PGA Merchandise Show, maybe looking for some clubs as he makes his comeback after seven years off.

This week could be a rude awakening for Rymer when he sees how low some of these guys can go on the Senior Circuit.

But Rymer aside, the continuing saga on the Champions Tour is Bernhard Langer’s pursuit of Hale Irwin.

Irwin remains the standard in senior golf with 45 wins on that tour.  Langer stands at 36.  If he has three good years left in him, and there’s no reason to think he doesn’t, it could get very interesting.