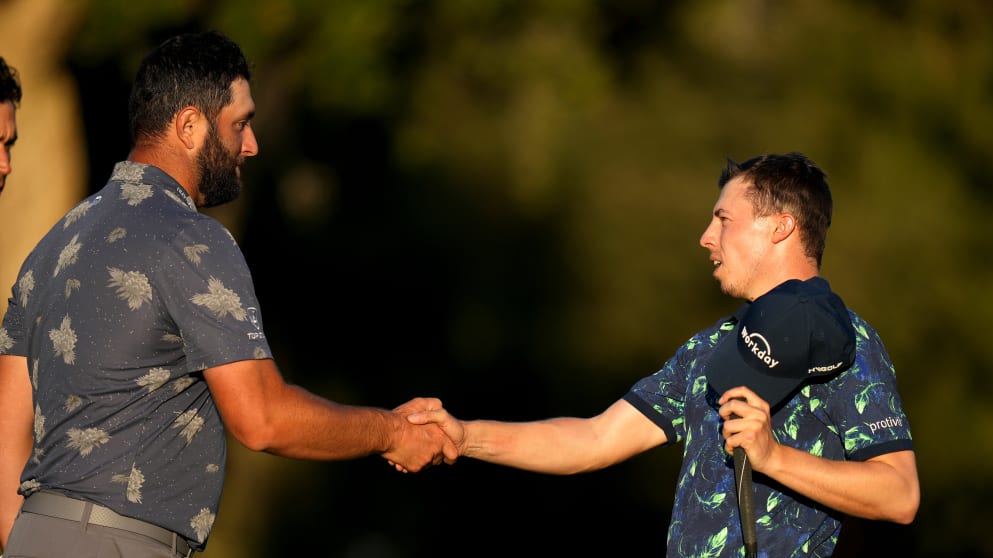 World No. 3 Jon Rahm and U.S. Open champ Matt Fitzpatrick are tow of the big names in the field.

Scottish Open And Renaissance Club — Oh So Close To Muirfield

This 40th playing of the Scottish Open will once again be staged at the Renaissance Club outside North Berwick.

Mention the Renaissance Club to a caddie at hallowed Muirfield and they’ll respond:  “It’s sh-a-a-a-t,” in very blunt, Scottish brogue.

It looks fine for a DP World Tour/PGA Tour co-sanctioned event and it’s crawling with big names but the biggest name in that neck of the woods is the neighbor to the northeast — Muirfield Golf Club — home of the “Honorable Company of Edinburgh Golfers.”

Truth be known, this part of Scotland, the Kingdom of Fife, if you will, is one incredibly rich in wonderful links courses.  Directly across the Firth of Forth lies St. Andrews, the site of next week’s 150th Open Championship.

This week’s field is packed with talent — nine of the world’s top 10 — everyone minus world No. 2 Rory McIlroy, who may head over to St. Andrews early to get some serious pre-tournament world in on the Old Course.

World No. 1 Scottie Scheffler and No. 3 Jon Rahm are paired with No. 8 Viktor Hovland the first two rounds.

This is the third event in the Rolex Series on the DP World Tour.

LIV defector Ian Poulter went to court and was granted a stay of the DP World suspension — he’ll play along with fellow defector Braden Grace — for now they’re listed as a twosome — leaving a spot open for any other LIV defectors who show up at the last minute.  There will be other defectors in the field, most likely.

Defending champion is Min Woo Lee, who won last year with a birdie on the first playoff hole, beating Fitzpatrick and Thomas Detry.

Barracuda Signals That Regular Season Is Quickly Drawing To A Close:

It’s an “opposite field” event on the PGA Tour — a place for those who didn’t try or didn’t qualify for the 150th Open Championship — but the Barracuda carries a lot of importance for those players on “the bubble” trying to get into the FedEx Cup playoffs.

Following this week’s event at Tahoe Mountain Club in Truckee, Ca., there are just three regular season events remaining on the 2022 PGA Tour schedule — The 3M, Rocket Mortgage and the Wyndham.  After the Wyndham, it’s on the the FedEx playoffs.

One player drawing a lot of interest in this field is former Oklahoma star Chris Gotterup.  Gotterup, the Player Of The Year in the college ranks, is showing that his game is tour-ready.  He finished in the top five last week at the John Deere, earning a spot into this week’s event.  He’s played in just five Tour events, has another top 10 and made the cut in four of his five appearances.

After making a run last week at the Deere, he’s one of the players to watch this week.

Ultimate goal of every player in the field is to NOT be in next year’s field.